The Climate Change in Me (1) 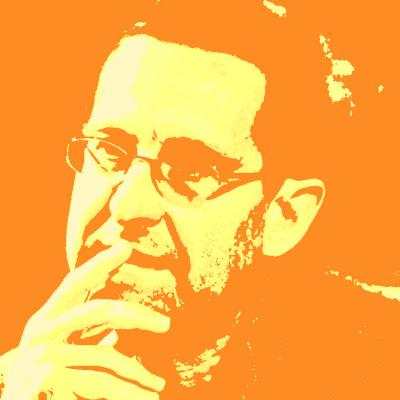 Inside me exists a self that years ago decided to study agronomy—where that idea came from exactly, who knows? Many aspects of our selves remain a mystery. For forty years this self did work in soil science, and, even at a time when few were talking about climate change, he always felt that the best thing he could do for the environment would be to do his work well, putting all his effort into it, so that he would obtain persuasive data, making it clear that our lands are fragile and essential, that they must be protected and stewarded. This indefatigable self has imposed itself, domineering my life, in part because he brought home the bacon—all the other selves lived off the sweat from his brow. During a long period he analyzed mountain soils. They’re lovely, particularly those found above granite and other acidic, volcanic stone, light and slightly humid, orange or yellow in color, with a delicious odor of mushrooms or moss. By comparing what went on at different altitudes, he and his colleagues gathered information that now aids in understanding what will happen in the forests; given that the climate change now moves in leaps and bounds, such hypotheses are no longer of interest only to specialists.

After the financial crisis in 2009, my soil scientist self no longer found funding for this sort of study, since it had no immediate beneficiaries, so he left behind the nature preserves and alpine forests. He retreated to the farmlands used for apple orchards and vineyards, and I must admit that at first he didn’t care for such terrain at all: it was worn out and dirty, shabby and sad, bearing the signs of man’s mistreatment and neglect. Nor did its odor compare with the delicious scent of ceps and sphagnum, instead it often repelled, with its smell of chemical products and worn-out grease. At times these soils were so pestiferous that they’d become paralyzed, numb. Only deep down, where the plows and corruption didn’t reach, did my self manage to find something vaguely similar to the free, proud lands he’d had to leave and longed for. Even so, he later ended up growing fond of those mistreated slave soils as well, to the point where he became their faithful defender and empassioned spokesperson. To his mind, they need someone to stand up for their rights, like any other outcast who suffers unjust acts of violence, like the persecuted, unable to speak for themselves.

For a decade, beneath vines and apple trees, my scientific self gathered together samples, sending them out for analysis; to the best of his ability, he defined the character and somatic features of diverse soil types in the farmlands where he’d been raised. He mapped out their distribution throughout the region, trying to convince experts in the field that they needed to treat soil as a much more serious subject, that our very existence depends on its lavish, complex biological life, and that the state of its health is also central for changes in the climate. He was tilting at windmills, since in the dominant mode of thinking today everything depends on bags of chemical fertilizer and treatments using noxious chemical compounds, and everything else matters very little. The climate shifts, yet already shaped opinions remain unchanged, or to be more precise, they pretend to change with no actual change. Those in charge now speak of greening and energy-sector conversion, and the directors of agronomic research institutes soar high through their stratosphere of technological dreams, but no one really cares about the lowly empoverished farmlands; no one tries to understand or assist them. Everyone agrees on the importance of the land, but in actuality they continue to treat it like lemons to be squeezed for whatever they might yield, as if by magic such lemons would never run out. Stirring up a yet higher level of climate craziness.

The truth is, my small-town, studious self with quixotic tendencies simply lost the fight. If he sums it up objectively, he has to admit that his studies have never been cited or applied, even now that the climate has clearly gone off on a tangent, and terror latent in the general population has begun to surface as a form of intransigence, doubling down in hedonistic repression. He realizes it’s no longer possible to continue emphasizing only the ridiculously small steps taken so far; he’s going through a deep crisis. In distress, he asks himself what he should do. Tormented, hands in his pockets, he feels powerless.