The Climate Change in Me (2) 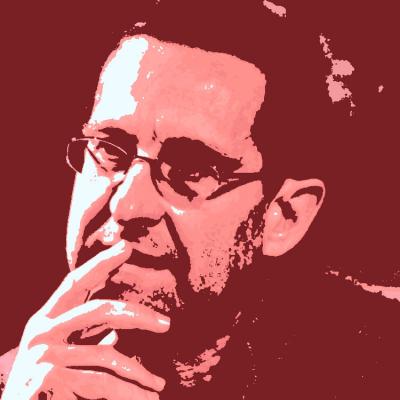 Inside me there’s also a militant self. It first showed itself when I was very young; later it became more stealthy, like a spring with water that doesn’t rise to the surface, leaving the stream bed dry. Throughout my life he has always made an effort to keep current and inform himself, and he has often become indignant for one injustice or another, with special attention to environmental issues, but he has never been moved to direct action. He isn’t in touch with the various associations or groups who share his ideas, even if from time to time he has been tempted to seek them out. He has almost never even gone to a demonstration, even though afterwards, when he hasn’t, he feels guilty, negotiating the usual ups and downs of some neurosis or other. Overall, this level of discretion, his nearly subterranean behavior, has mostly agreed with me.

However, given the speed with which the glaciers are melting, and the seesawing of floods and desertification, this militant self of mine has lately begun strutting his stuff. He wants to have his say, or better put, he longs to take control of the situation; he has very solid arguments, and he’s stubborn, so it’s really hard to rein him in. Treating me with thinly veiled pity, he tells me that things can’t keep going like this, that I have to acknowledge the naive politics of my studious self don’t pay off: I have to do something to keep from feeling like a complete failure. Faced with the severity of the environmental crisis, and governments that are pretending to launch new policies that will change things, when in actuality they’re doing all they can to continue just as before, or at least to not slow the maddened machine we’re riding on, I can no longer stay with my hands in my pockets. I have to roll up my sleeves and throw myself into the fight, my combative self tells me. If I don’t, then I’m co-responsible.

Weathering such stringent arguments and recriminations, and shaken deeply by them, I quickly get upset, and the resulting stress gives me a headache. Then my blood pressure begins to drop. More precisely, the pills I take for the headache cause my blood pressure to fall—that’s the latest change. My head starts to spin, it seems as if my brain is stuck in a washing machine, and I have to sit down. The first time it happened I believed that I must have liver cancer or who knows what else, but instead the doctor told me I simply had low blood pressure. Which is still a major handicap when you’d like to throw yourself into a battle, or even if you only want to reconcile your scientific work and your writing. That general practitioner, who wasn’t exactly young, took my pressure a second time on the other arm, and then again on the right arm, then again with me standing up; he simply didn’t believe my pressure could be so low. Me it didn’t surprise—I’m well aware of how much harm I can do to myself when I have a mind to, even if such things would be difficult to explain to a doctor as traditionally minded as that one. In any case, my activist self couldn’t care less about my low blood pressure and vertigo; you could even say he’s satisfied when I’m not well. And he just continues down the same road: he militates inside of me, suggesting to me what I ought to do, supplying me with examples of activists and others who’ve fought back, telling me rudely that it’s time to get my ass in gear. Like all protestors, he’s somewhat unrealistic, even obsessed, but there’s nothing I can do about it—I definitely can’t change him.

This militant self of mine just keeps shouting louder at me. At times I have the impression these outbursts are actually proper street demonstrations, with megaphones and all the rest: that I should put my knowledge at the disposition of others, that I should write articles, get in touch with people, collaborate with this or that environmentalist NGO. Lately, I end up by giving in, because in my heart I believe that his arguments are entirely correct. A few days ago I sent a long essay to a left-wing magazine about the ontological centrality of soil, an essential part of nature, and on the absolute necessity of treating it respectfully—not reductively, in other words. Let’s see if they accept it for publication. It took a lot out of me to write it, because I’m not a good essayist, and, as expected, squeezing my meninges gave me a headache and that caused my blood pressure to fall. For the last week, after I finished that long disquisition, I’ve had trouble standing up and even had a deep-seated nausea. I’m satisfied, though, and it seems important that I managed to do it, even if my forces are limited, as is my time. I feel less in contradiction with myself, more coherent. I tell myself that from now on I shouldn’t be afraid to take some time away from other things, as I always have. I tell myself now is no time for timidity. Never mind the headaches, never mind the low blood pressure.