"When the package arrived on Monday morning by overnight FedEx, a disturbance ensued. Mr. Rodrigo made an agitated phone call in his glassed-in sanctum, looking in turns horrified, elated, and apprehensive."
—from "Mr. Rodrigo's Identification Company", Spring 2018 (Vol. 59, Issue 1)

Tell us about one of the first pieces you wrote.
I have a vague recollection of a poem I wrote, back in Sri Lanka, when I was about ten. It must have been inspired by Robert Frost’s "Stopping by Woods on a Snowy Evening". I don’t recall having Frost’s poems at home, so maybe I discovered them in a book in the Colombo library or at my elocution teacher’s house. Thankfully, all I remember about the poem’s content are that two phrases were repeatedly used: “dark and deep” and “dank and deep.” I think the poem was about the woods. Or possibly a well.

The first real story I wrote was a very short one years later, about the lonely experience of leaving the familiarity of home to study in a far-away country.  My mother urged me to enter it into a contest she’d read about in a Sri Lankan newspaper, an international contest called the Commonwealth Short Story Competition (which was the precursor to the current Commonwealth Short Story Prize contest). I submitted the story and was astonished to find out that I’d won a runner-up prize.  Several years later, I won first place in the same competition for another short story, “Going Home.” Those two experiences encouraged me to keep writing, and to teach myself about writing.

What writer(s) or works have influenced the way you write now?
I always find this question difficult. It’s impossible to single out one or a few authors.  I’ve been influenced in some way by so many books I’ve enjoyed reading, from the mystery and adventure books of Enid Blyton, Leslie Charteris, Frank Richards, W.E. Johns and P.G. Wodehouse in my childhood, to the classics, poetry, mysteries and romances I read as a teenager and young adult, to works by authors that I’ve enjoyed in more recent years—Margaret Atwood, Monica Ali, Naguib Mafouz, Alice Munro, Chimamanda Ngozi Adichie, Kazuo Ishiguro, Kate Atkinson, Robert McCammon, Pete Hamill, Leif Enger, Arthur Golden, Tana French, Cormac McCarthy, Tom Wolfe, Paula Hawkins, and many others too numerous to name. And of course, I’ve also been influenced by books I haven’t enjoyed reading—because those books showed me what styles and choices I would need to avoid—although that is not something we talk about much as writers.

What other professions have you worked in?
I’ve had many kinds of jobs, some of them full-time, some part-time or unpaid. My favorite job of all is as a mother. I’ve also been a science writer for NASA, a therapist in multiple settings (including a jail, the psychiatric ward of a hospital, a community health center and two university counseling centers) a field interviewer of school children, an adult literacy tutor, a library assistant, a research assistant in several biology labs, a teaching assistant, a cafeteria worker, and one summer long ago, a helper in an acupuncture clinic.  But for many years, my day job has been as an academic psychologist. I am currently a faculty member in the psychology department at NYU.

What did you want to be when you were young?
Although I loved to read and dabbled in writing bad poems as a child, the thought of making a living as a writer didn’t occur to me. When I was a kid, I wanted to be a doctor, and then I wanted to be a biologist. In fact, I did study biology for many years before turning to psychology. I worked in one lab that experimented on chickens, and dissected rats in another. As a teaching assistant, I taught college students to dissect frogs. I still remember the terrible sympathy I felt for those frogs, splayed in their metal trays with their hearts still beating. Years ago, in what seems now like another life, I wrote a master’s thesis about gene regulation in fruit flies, and later, worked for a NASA contractor for several years, writing about biology experiments that NASA conducted in space. 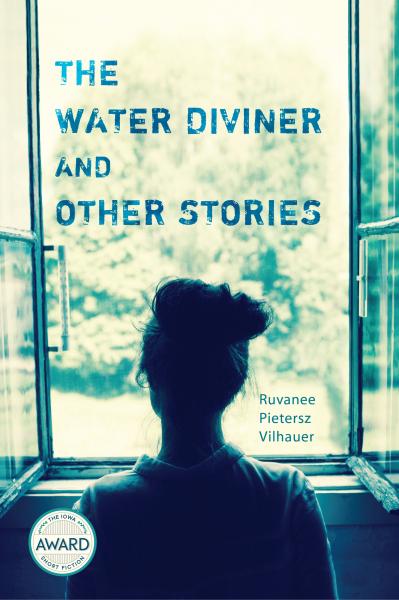 What inspired you to write your new short story collection?
I wrote the stories in The Water Diviner and Other Stories over the course of many years. The first couple of stories I wrote had very different protagonists. One was about a Sri Lankan housemaid who migrates to the U.S. after marrying an American professor. The other was about a college student who worries about losing her grasp on reality after leaving home.  After developing those two characters, I became interested in trying to write from widely different perspectives about the immigrant experience.  The protagonists in The Water Diviner and Other Stories are all immigrants to the U.S. from Sri Lanka, but otherwise they have little in common. The situations they encounter are equally diverse.

Is there a city or place, real or imagined, that influences your writing?
I’ve lived and worked in many places in the U.S.—cities and small towns in Texas, California, Wyoming, New York and New Jersey—and I’ve used most of them in my writing. Sri Lanka, where I grew up, is also a major influence. I like to set stories in places that are familiar to me because that allows memories associated with those places—which I think are often unconscious—to creep more easily into, and flavor, my writing.

Do you have any rituals or traditions that you do in order to write?
I write best when I am alone. I clear my desk and remove any clutter in the physical space around me. I also try to clear my mental space, by completing any tasks that need attention. Because my day job is quite time-consuming, a lot of my writing is done on weekends and during the summer months.  I love the occasional days in the summer when I wake up with the delicious knowledge that I have all day to write.

If you could work in another art form what would it be?
I do a little drawing and watercolor painting—although I am an amateur, these are activities I enjoy in much the same way that I enjoy writing.

What are you working on currently?
I am working on my second novel. My first novel, The Mask Collectors, is forthcoming in 2019.