Beer does not resemble wine so much as it resembles music.
– Garrett Oliver 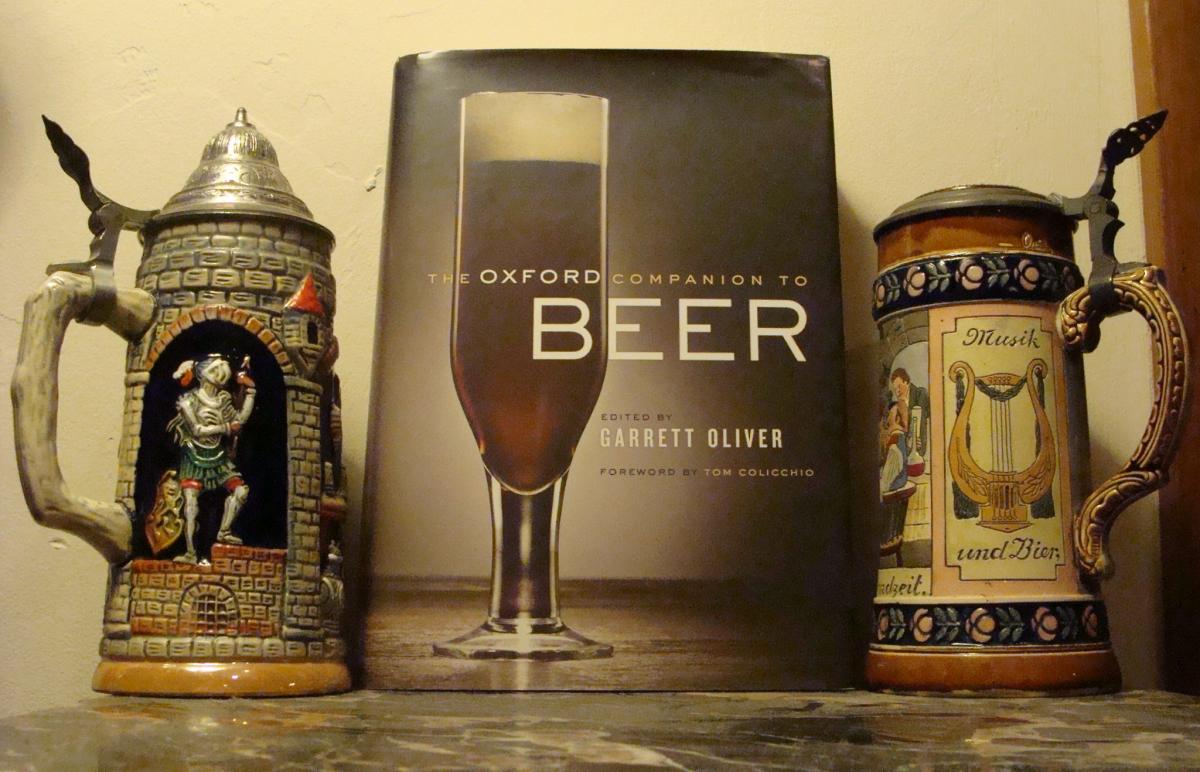 October’s upon us once more!
But before you head out to the bar
To assuage your Fall thirst,
Hit the library first
So you won’t imbibe brew that’s subpar.

O Lolita may trip down the tongue,
But fine beer takes a path more far-flung.
From the bite of the hops
To the back-finish drops
Of the malt, beer’s delights must be sung!

A poetics of beer I’ll intone.
For our civilization has grown
From Egyptians’ first zythos (1)
And ancient beer mythos
To hops from American zones.

In The Oxford Companion to Beer (2)
You’ll find gleanings from all hemispheres.
From the A&BVs
To the E&SBs,
You’ll parse beers from the dark to the clear.

And if you would brew it yourself,
Bamforth’s Beer (8) should belong on your shelf.
For economists, Marxists,
And others who hark its
World market, see Swinnen himself.(9)

Conversation goes better with beers.
Tis the talk in the pubs that endears
Them to drinkers of bitter
Who turn from their Twitter
To thoughts laid too deeply for tears.
While you relish your pints topped with foam,
Your beer talk could enrich bar and home.
With this Oxford tome trio,
You’ll parse brews with brio--
A bona fide beer gastronome.