For Jules, in Appreciation 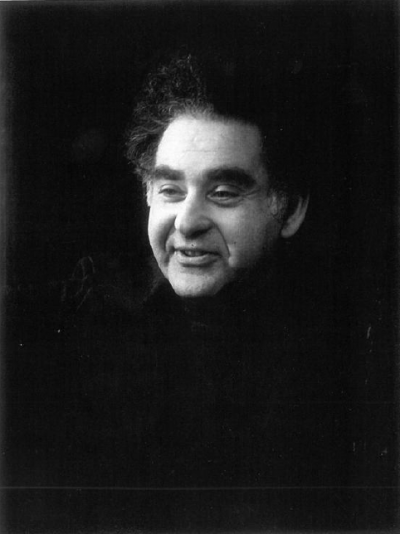 By the second half of the twentieth century, apartheid was so deeply embedded in the national culture that the divide between black and white, codified in law, was fully embraced by institutions from pulpit to prison—and nowhere more so than in colleges and universities where, whether in fear of the consequences of crossing that American Rubicon or in sympathy with its tenets, white academicians (in all but a handful of exceptions) remained silent in the face of what W.E.B. Du Bois had said would be the problem of the twentieth century. Indeed, at that time, so few had acted in defiance of the prevailing ethos of silence and seeming accommodation that when, in 1959, from Amherst, Massachusetts, the Massachusetts Review was launched as a journal “in which the black writer could feel confidence,” its founders not only set themselves apart from the vast majority of their peers by that uncharacteristic stance, but, in offering its pages to the many black and white writers whose work would stand as eloquent and incontrovertible testimony against that system of degradation and nullification, they also, though perhaps unwittingly, set a course which would lead some of them to make important and enduring connections with some of the participants in a budding new chapter in the Movement for Civil Rights that, poised to begin in the south, was destined to galvanize the nation and dominate the decade of the sixties.

In 1960, when Ezell Blair, Franklin McCain, Joseph McNeill and David Richmond led a group of college students from the Agricultural and Technical University and nearby Bennett College in Greensboro, North Carolina, to sit-in at a Woolworth lunch counter in protest of that establishment’s legally upheld practice of denying service to blacks, each of the participants knew that that action (despite the tendency of some early observers to describe it as such) was neither spontaneous nor isolated from the larger black community. Rather it was an undertaking endorsed by the community’s leaders as a segment in the continuum of its protracted struggle to liberate itself from the racist and brutalizing conditions under which its members were forced to live every day—in every aspect of their lives. Both the planners and the participants in that sit-in realized that, for its part, Woolworth’s dehumanizing policies and practices were indistinguishable from the policies and practices of other establishments throughout society, inasmuch as the “White Only” signs that barred black people from the seats at that lunch counter (so visible that they formed a physical part of the traditional southern landscape) were but a less subtle expression of the treatment meted out to black people in other establishments and institutions throughout the nation. They knew that the struggle for human dignity would need to be mounted from many more places than Woolworth’s; and that no corner of the country could be exempted if black people were to unshackle themselves from centuries of racial oppression. As the Movement intensified and moved, literally, across the nation, black people often sang their determination that the struggle would prevail: “We are Soldiers in the Army.” “No Turning Back! No Turning Back!”

Nor did they. Although their demands for full and unconditional citizenship were too often met with deadly resistance (the numbers of those murdered make up a dark era in the nation’s history), their persistence brought the fact of their second-class citizenship into such sharp focus that it compelled response from the highest offices in the land; and in that climate, it was inevitable that white colleges and universities, no less than lunch counters and national political parties, would be challenged for their roles in creating and perpetuating the national social conditions of the day—and that would be, when it came, a challenge even these institutions of higher learning were loathe to meet. With most of their officials mounting vigorous defenses of the status quo, and most of their faculty distancing themselves from the discussion altogether, protesting students found few institutional allies in their quest to bring black studies to the academy. A remarkable exception was the University of Massachusetts at Amherst where a coterie of faculty, staff, and administrators (men and women of unparalleled civility and vision) so distinguished  themselves as to make for an entirely different experience. Able faculty and staff such as Doris Abramson, Richard and Josephine Haven, Joseph Langland, John and Priscilla Hicks, Robert Tucker, Stanley Koehler, and Leone Stein brought unusual clarity and intelligence to the discourse on black studies; Chancellor Oswald Tippo, and Deans Seymour Shapiro and Jeremiah Allen were unprecedented in both their reception of the idea and their subsequent presentations to the Board of Trustees; and Sidney Kaplan and Jules Chametzky soon came to be recognized as leaders of the enterprise—positions they earned by virtue of their unswerving kinship with the cause. Remarkably, and very largely because of these stalwart women and men, the Board of Trustees of the University of Massachusetts, in an action marked by neither protest nor national acclaim, voted the establishment of the W.E.B. Du Bois Department of Afro­American Studies in 1969, ten years after the (1959) founding of the Massachusetts Review.

In their 1969 “Foreword” to Black and White in American Culture, Sidney and Jules wrote, “Like everyone else in this decade, we have been making discoveries about ourselves and our culture.” They had also been making uncommon, and lasting, connections with participants in the Movement committed to the destruction of the inequities represented by “the color line.” Every one of the black graduate students who entered the English Department during that period (at the urging of Sterling Brown), had come with Movement experience—Eugene Terry, Bernard Bell, Mike Thelwell, Esther Alexander Terry—and all had been incredulous that they were not required by Sidney and Jules to suppress that experience. On the contrary, with their homes becoming extensions of their classes, commonalities of purpose were discovered, friendships were forged, and one learned that it is not only possible for an academic to assume social responsibility, it is an imperative.

It has been thirty-three years since the establishment of the Department of Afro-American Studies—and even longer since that first group of Movement participants entered the English Department. We came believing it was not possible to stay—not possible to sing our song in this strange land. The fact that we stayed to build is owing to the help of the serious community of activists that we encountered on our arrival—and none was more helpful than Jules Chametzky. We greet him today as our kinsman.

Esther M.A. Terry is former President of Bennett College in Greensboro, North Carolina. This tribute originally appeared in the Massachusetts Review 44 1/2 (2003), A Gathering for Jules Chametzky.