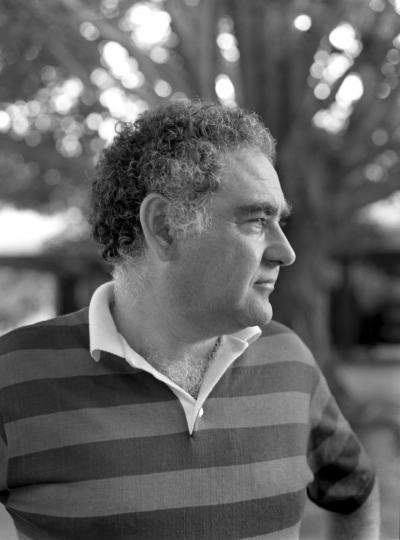 Jules and I were colleagues before we were friends. We met in 1973 when we joined about a dozen faculty, aggrieved by budget cuts and administrative incompetence more broadly, on an organizing committee aiming to unionize faculty and librarians on the UMass Amherst campus, which evolved into the Massachusetts Society of Professors (MSP). I got to know his academic work a year later when UMass Press asked me to review the manuscript of his biography of the Jewish radical writer and journalist, Abraham Cahan. We shared an occasional drink and then drew closer together as our union commitment deepened. I helped convince him to become the union’s third president (1979-1980), serving as his vice president before succeeding him as president (for two terms, 1980-83 and 1983-84). By then we were fast friends and remained so, meeting for lunch or drinks once weekly for the rest of his life—just about forty years.

Jules was a unique figure—brilliant yet modest, learned but eager to learn more, cosmopolitan but also locally minded. He was remarkably even tempered, some would say, sweet. He could get irritated and lose his temper, as he once did with a disagreeable dissident within our union ranks who habitually referred to his colleagues as “you.” Jules repeatedly challenged him to say “we” and when he repeatedly refused, Jules had to be restrained from lunging at him. But such displays were rare. He was not the kind of person who showed his impatience. He really didn’t do anger, not even during his five-month confinement to a hospital bed at a local rehab center and then a hospice. His caregivers at the rehab center clearly tested his good will by endlessly interrupting his reading or sleep, taking urine samples, blood oxygen readings, and blood pressure tests at all hours of the day and night. Instead of acting up, Jules took it all in good humor, expressing his feelings in allusions that make a joke of it all. He quipped that the interruptions made him feel like “Pavlov’s dog.” When his ankles were wrapped in bandages to hold down swelling, he remarked that he finally realized what it was like “to have been a Roman soldier.”

The staff at both installations grew to admire and love him because of the concern he showed for them. He knew of them each by name and learned something about their personal lives, because Jules always put others first, not only as a patient but also as a family man and friend. He’s the only father of his generation I know of who insisted on attending the birth of his own children. Such uncommon fatherly devotion is what promoted his son, Robert, to observe that while others boasted of knowing him for years, he could rightly say that “I quite literally knew him for my entire life.” When Leslie, my wife, went into labor in March of 1985 with Becca, our only child. I’d phoned several friends to say I was rushing her to the hospital. Soon after giving birth Jules (and Anne) appeared in the window of the delivery room to see our newborn. They were the only friends who showed up on that day, not because the others were indifferent but because Jules and Anne knew what such a likely once in a lifetime event meant to us. They wanted to be there for us.

Jules remained upbeat and opened-minded until his end. In the middle of May, when he was diagnosed with a nagging infection to his heart valve and  inoperable cancer, he knew his days were limited. While I sat at his bedside after the diagnosis, he said that he wanted to make me aware of his funeral plans. Reflective and feeling his own mortality, he looked back to his Brooklyn youth, observing:

"I’ve been an atheist since age 14. It was then that I digested the science I’d studied, especially physics and math. It taught me that the world runs on science, not some mysterious force, a force that doesn’t care if you have a smoke, down a drink, or eat a ham sandwich. I reject all of that but not my culture. I was born a Jew, remained a Jew, and I’ll die a Jew.”

Jules represented the best of the secular Jewish tradition—humane, tolerant, intent on doing justice. This helps explain his commitment to the life of the mind as well as world peace, human rights, and decency. It tells us why he shared his home with people of all races and backgrounds, why mourners who gathered at his funeral were so racially diverse, and why there were vigils for him not just here but also in his native Brooklyn and in Europe. It’s also why it was such a blessing to have called him my friend.

Bruce Laurie is an emeritus professor of history at the University of Massachusetts Amherst. His most recent book is Rebels in Paradise: Sketches of Northampton Abolitionists (UMass Press, 2015), along with "Chaotic Freedom" in Civil War Louisiana, in the Mass Review's Working Titles series.