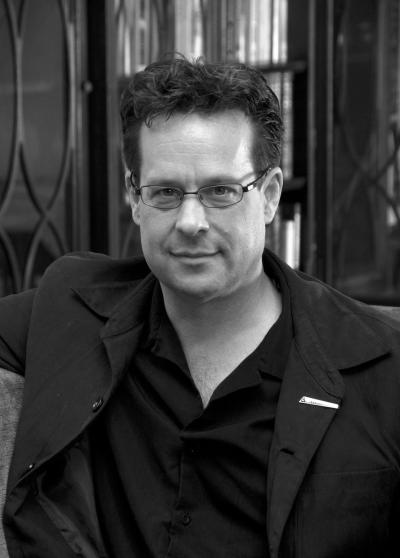 A sign that bones have been boiled for reasons of cookery—
—from "Cannibalism," Volume 62, Issue 3 (Fall 2021)

Tell us about one of the first pieces you wrote.
When I was about eight years old, I wrote a long story about a penguin who, one sunny day, wakes to find that his iceberg has floated far out to sea and is quickly melting. He has all sorts of adventures—with pirates, tourists, another lost penguin—trying always to get back to the South Pole. But I don’t think that’s what you mean by a “first” piece. My first serious attempts at poetry were in college, when I began reading and re-reading poems by T. S. Eliot, Delmore Schwartz, Stevie Smith. I couldn’t get enough and mostly imitated what I read, trying to absorb the music of their language and, more than that, the mysteriousness of their imagery, their shifting voices and multiplicity of simultaneous perspectives. I don’t know what happened to those old poems—though I remember one in particular that tried to describe the movements of headlights seen through rain-splattered windows late at night.

What writer(s) or works have influenced the way you write now?
There are so many, and most of them are pretty unfashionable these days. I think no influence has been greater for me than Eliot or Keats or Dickinson—for their attention to music and the integrity of the poetic line as well as for their willingness (need?) to allow a poem to exist suspended within its own complexity. This idea that a poem might by polyvalent—might express complex feelings and thoughts in multiple, simultaneous directions—came as a true revelation to me. I had always been taught to interpret poems, but discovering the works of Eliot, Keats, and Dickinson largely on my own allowed me to experience them differently—as performances of a kind of profound ambivalence—and that deeply influenced my own writing.

What other professions have you worked in?
My initial plan was to be a journalist, so out of college I took a job at The Washington Monthly (as an intern) and, later, at The NewsHour with Jim Lehrer (working the Newsdesk). I became frustrated by journalism, though, because so much of what I worked hard at on Tuesday was old news by Thursday. I wanted to learn to write something that would be interesting forever, if such a thing is possible.

What did you want to be when you were young?
My father was an archaeologist. I saw him only on weekends, when my mother would drop me off to stay with him. His house was full of ancient artifacts: African masks, stone tools, old clay pots, Greek coins, arrowheads, Sassanian bronzes. The situation was complex and in ways awful for my parents, but I didn’t recognize that. I found all the things around his house fascinating and mysterious. I wanted to have a job like his—one that would take me to strange places where I could muck around in the dirt and find treasures.

What inspired you to write these poems?
My poems almost always begin as fictional situations—an imagined museum exhibition, a boy watching a TV show about the eruption of Mt. Vesuvius while his parents argue downstairs. I don’t think for a moment that I’m a character who figures in my poems and I’m happy to believe that the voices in them are other people’s. I think the impulse to create complex dramatic situations inspired me to write these poems and then, as I revised them, I asked myself about the larger issues these dramatic situations pointed toward. 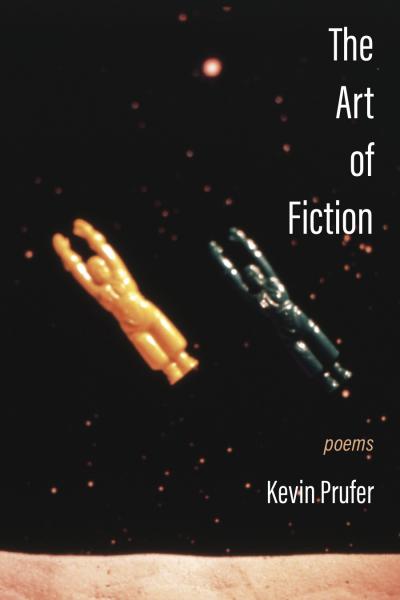 I am obsessed with the ancient Roman empire, particularly the waning empire of the fourth and fifth centuries. For years, it was all I read about, even to the exclusion of poetry. Sometimes, I can create an imaginary ancient town and sort of walk through it, mentally. My book Fallen from a Chariot was written deep in this obsession, and the places of the ancient Roman past still influence me today, in unexpected (and probably hidden) ways

Who typically gets the first read of your work?
The same two people for well over a decade now: the poets/translators Wayne Miller and Martha Collins. Wayne is a great holistic reader and is quick to recognize when I’ve gone utterly astray. And I’ve never encountered a keener editorial eye than Martha Collins’. These are two of my favorite living poets, too—so I feel very lucky to have them as first readers.

If you could work in another art form what would it be?
I love telling stories and, while I mostly do it in poetry, I have also published several mystery stories. So I suppose my other art form would be genre fiction.

What are you working on currently?
I just finished a draft of a new poetry book, tentatively titled The Fears. Right now, I’m just living with it, having shown it to Wayne and Martha.  And I’m writing this long long thing that I’m reluctant to describe because I don’t yet know what it is.

What are you reading right now?
Dombey & Son by Charles Dickens.

KEVIN PRUFER'S newest poetry collections, all from Four Way Books, are Churches (named one of the New York Times’ ten best poetry books of 2016), How He Loved Them (long-listed for the 2019 Pulitzer Prize and winner of the Julie Suk Award), and, most recently, The Art of Fiction: Poems. He directs The Unsung Masters Series and teaches in the Creative Writing Program at the University of Houston.