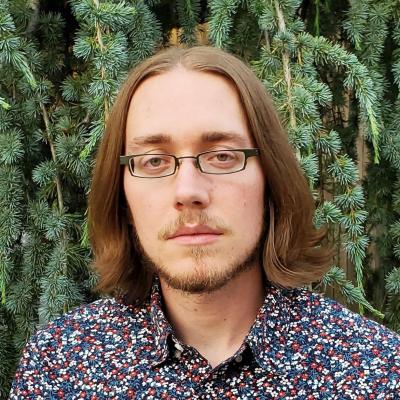 But this I aspire to—
how to do a job well
even if it fights you beak and wing.
How to carry the delicate,
difficult thing
wherever it needs to go.
—from “The Owl Catcher’s Son,” Vol 62, Issue 2 (Summer 2021)

Tell us about one of the first pieces you wrote.
In Tampa, near where I went to college, there’s an older roadside attraction off I-4 called Dinosaur World. It’s a park, essentially, full of ferns and vine-covered oaks and anole lizards. The main features, of course, are the plaster, often life-size models of dinosaurs staged along the walking paths. The dinosaurs are majestically ugly, and many of them are anatomically incorrect according to current paleontology. I went there once for the sole purpose of writing a poem. I was still stubborn in that way, having a clear goal for my poems at the outset of writing. But the poem turned out. I wanted clear images, consistent music, and an ending that expanded outward from the poem. “Dinosaur World” was one of the first poems I published after graduating. It helped me believe I could keep writing without the support structure of the English department.

What writers or works have influenced the way you write now?
At one point I had a running tally of poets whose books made me immediately reconsider the way I’d been writing. I still try to pay attention to that feeling when it arises in me, that “oh, so this is how poems should be made” sensation. Along the way, my teachers Jay Hopler and Judy Jordan have been such poets. Others have been Jorie Graham, Larry Levis, Brian Barker, Charles Wright, and Carl Phillips. Lately I find myself returning to the work of Ed Skoog, Diane Seuss, Matthew Zapruder, Natalie Shapero, and Ross Gay. I’m trying to write a novel now, and the fiction writers I draw influence from are Kristen Arnett, Karen Russell, Kent Haruf, and Ladee Hubbard.

What other professions have you worked in?
In grad school I taught first-year writing. After graduating, I briefly worked at an axle factory. I do not recommend it. Next I worked at an independent bookstore, a job I loved. The last job I had was a case manager position at a residential group home. I think my favorite job of sorts was a high school internship I had with Mote Marine Laboratory in Sarasota, Florida. I spent the summer setting longlines for shark research, tagging giant spotted eagle rays, and collecting mahi mahi and mackerel for aquariums. Every day I came home exhausted covered in salt and scales, and I couldn’t have been happier.

What did you want to be when you were young?
The earliest desired future I can remember was wanting to be a paleontologist. That dream job jockeyed with construction worker for most of my childhood. I loved big machines, tunnel borers and excavators and earth movers. Later I wanted to become a marine biologist, on account of my time at Mote Marine and my love of fishing. The thing about marine biology, I’d come to discover, is that it entails a good deal of science, which has never been one of my strong suits. I don’t think I ever actively wanted to be a writer when I was a kid. I loved stories, tore through novels in a single sitting. But every time I sat down to write something of my own, it was a struggle, and I’d give up early in the process. I didn’t learn to be comfortable with failure and struggle until much later.

What inspired you to write this piece?
“The Owl Catcher’s Son” is a recollective narrative that arises from an observation in the speaker’s current life. When I wrote this poem, I was looking for jobs, and I did come across a listing for a bird catcher position. It had never occurred to me that these positions existed, and that phrase just struck me. And thinking about that idea in the context of my life, my father’s story emerged. In truth I’d been trying to write a poem about my father catching a wayward owl for years. None of the more traditionally narrative treatments I’d attempted seemed to work. But the frame of occupations and life trajectories brought something else out of the narrative, and gave it a new wind. I do my best to not approach any poem with a particular subject in mind. The most interesting connections, for me, are the ones I don’t intend to make, those that emerge subconsciously.

Is there a city or place, real or imagined, that influences your writing?
The poems I write are inextricably connected to the places I’ve lived. My first collection is exclusively a Florida book, and my second manuscript leans Michigan. My third and fourth projects are largely Colorado books, mainly because I wrote them in Colorado. Poems for me emerge first and foremost from images that interest me, and I’m most interested in images from my actual surroundings. Those images might beget a meditative thread that leads to the bottom of the ocean or to the dry rivers of Mars, but I almost always start with something in my immediate vicinity. I used to think of myself as a place poet. Now I’m not convinced that anything other than language poetry is capable of escaping place. For me, where I’m at and where I’ve been is the bedrock of poetry. 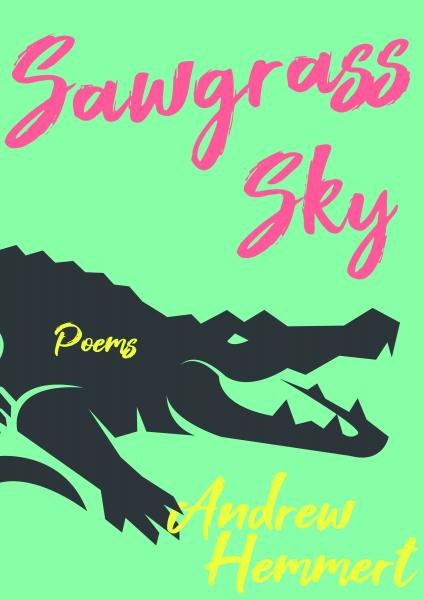 As a general rule, I like heavy, discordant music while I’m composing, and soft, soothing music while I’m editing. I can’t listen to music with audible vocals while I’m composing, or it can influence what I’m putting down on the page. So black metal and free jazz, for example, are wonderful sonic backdrops to my free-writing sessions. When I’m revising, I can listen to just about anything. Lately I’ve been revising to Joanna Newsom, Joni Mitchell, D’Angelo, and Jay Som. The fun thing about having ADHD is I don’t know, day to day, whether my brain will benefit from music or be completely derailed by it. Sometimes silence is absolutely necessary, and other times silence lets in other thoughts and distractions. I like to touch in with myself at the beginning of a given writing session, and try various things until something feels right.

Do you have any rituals or traditions that you do in order to write?
I don’t have any hard and fast writing rituals. Some days I write longhand, and some days I write on my laptop. Lately most of my poems have begun as notes in my phone. I try to pay special attention to these phone fragment drafts. Often I write them there because the observation or image feels too urgent to wait. I don’t want to lose whatever it is I found. If the poems aren’t coming along naturally, I defer to forms. Sonnets are my old standby.

If you could work in another art form, what would it be?
Part of me always wanted to be a musician. I play bass, though not well enough to pursue it professionally. At a reading once, Li-Young Lee told the audience that artists need two arts: one public, one private. It’s been a while since I heard him explain the idea, but if I recall, he said the private art is for rejuvenation, and feeds the public art. If I get stuck at the writing desk, I step away and play bass for a little while. I try to be aimless with it. There’s probably something to be said about opening different neural pathways or activating new areas of the mind in order to give the exhausted areas a breather. But I can’t speak to that. Otherwise I think I’d like to be a painter. I can’t paint to save my life, but I find the sensory aspects of painting very appealing.

What are you reading right now?
Right now I’m reading Kristen Arnett’s second novel With Teeth. I loved Mostly Dead Things, and I’m thrilled to finally be reading her follow-up. I’m also reading The Master Letters by Lucie Brock-Broido. Reading Brock-Broido’s work always complicates my own writing, sharpens my images and rewilds my metaphors. Recently I’ve read The Naomi Letters by Rachel Mennies, I Am Not Trying to Hide My Hungers from the World by Kendra DeColo, and Frank: Sonnets by Diane Seuss. I loved Mennies and DeColo’s collections, and I highly recommend reading them. But Seuss’s new book is unquestionably a masterpiece. I read it in one sitting, and came away with seven new drafts. It’s hard to overstate how vast and promising Seuss makes the sonnet feel.