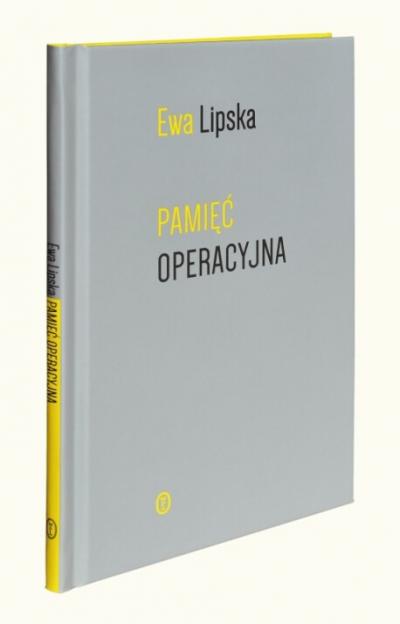 Tell us about one of the first pieces you translated.
It was the poem “Soneto de fidelidade,” written by the famous Brazilian poet and lyricist Vinícius de Moraes. I translated the piece as part of a translation workshop. I remember how I struggled to recreate the rhymes and the rhythm imposed by the sonnet, but the end result was pretty good.

What writer(s) or works have influenced the way you write now?
When I was in graduate school, I took classes in Translation Theory and some of the theories, such as Antoine Berman’s “trials of the foreign,” Walter Benjamin’s “pure language” or Philip E. Lewis’s “double-consciousness” have helped me understand the problems encountered when translating a given text. I used to think of translation as a tug-of-war between the original text and the target language, especially when I was translating into Polish some of Clarice Lispector’s short stories for my master’s thesis. Now I think of it more as a conversation between two people who start off as strangers but who later become close friends, although sometimes disagreeing with each other.

What other professions have you worked in?
I have worked in gardening, in a call center, as a private tutor, and now I’m a lecturer at New Mexico Tech in Socorro.

What did you want to be when you were young?
I first wanted to be a singer, then a vet, a cartoonist, and an actress. I still want theater to be a part of my life (I have been engaged in a community theater in the town where I live, so I consider that a dream come true). I still love to draw, and I mostly do it now with my four-year old, hoping that he will take to it and one day see art as a form of liberation, because I think that art is necessary in life, no matter how good or bad you’re at it.

What drew you to write a translation of this piece in particular?
“Can Always Happen” is a poem about longing for your home country, which resonates with me a lot, since I’m an immigrant. Ewa Lipska has always fascinated me as a magnificent sharp-eyed commentator of reality. She’s a well-known poet in Poland, and she has been translated into many languages, including English. That’s why I felt intimidated at first and almost gave up because I was certain that someone else must have already been working on that particular volume. But then I contacted her publisher, got a green light from Ewa Lipska herself, and decided to dive into her poetic world.

Is there a city or place, real or imagined, that influences your writing?
As long as I have my laptop and a window in front of me (looking at faraway objects in nature helps me organize my thoughts), I’m good.

Do you have any rituals or traditions that you do in order to write?
I often start with a draft of the piece and then I step away to give it some time to “sprout” in my head. This makes me think of Clarice Lispector and her short story "The Egg and the Chicken," which I call an “ode to distraction”: “It is absolutely essential that I be a busy and distracted person,” so that I don’t “interfere with whatever is carried out through me.” When I give myself a break from translating the piece, I still continue thinking about it while doing chores, and this is when I often come up with the most satisfying solutions.

Who typically gets the first read of your work?
It depends on the language. If I’m translating into Portuguese, the piece goes to my husband, who is Brazilian. When translating into English, I sent the text to a dear friend of mine, who is a professional writer based in the US. If the target language is Polish, I send it to a friend who, like me, is passionate about translating literature.

What are you working on currently?
I started working on a Polish Wikipedia entry on Clarice Lispector during the winter break, since the current bio of her in Polish is not comprehensive. I’m hoping to finish it over the summer. I’d love to continue working on Ewa Lipska’s poetry, especially the collections Czytnik linii papilarnych [Fingerprint Reader], and Miłość w trybie awaryjnym [Love in Safe Mode]. Another project I’ve been working on, together with a friend of mine who’s also a translator, is a Polish translation of Sandra Cisneros’s The House on Mango Street.

What are you reading right now?
I usually start a few books at the same time (I didn’t use to do that, though. I don’t know what happened. Life?). Right now, I’m reading Ada Limón’s Bright Dead Things, Janina Bąk’s Statistically speaking or how much chocolate you have to eat to get Nobel Prize? [Statystycznie rzecz biorąc. Czyli ile trzeba zjeść czekolady, żeby dostać Nobla?], and Trevor Noah’s Born a Crime.

AGNIESZKA (AGA) GABOR DA SILVA graduated from the University of Massachusetts, Amherst, where she studied Lusophone Literatures and Cultures. Aga also holds a Master of Arts in English Literature and Linguistics from Adam Mickiewicz University in Poznań, Poland. Her translations have appeared in Lunch Ticket, ANMLY, and Columbia Journal.