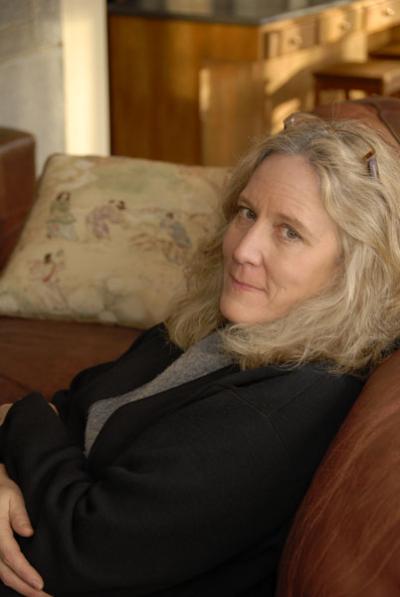 Write to me—do not text—in your unpracticed hand.
A postcard with a stamp. Write until you run out of room—
up the sides in smaller and smaller letters, dear little e's,
outrageous y's and confusing s's; send a photograph
—from "Mosses and Ivies," Volume 62, Issue 1 (Spring 2021)

Tell us about one of the first pieces you wrote.
I wrote poems and short stories on my own in high school, then stopped abruptly in the second week of college when, in my first critique experience ever, the professor used my sonnet to prove that the sonnet was dead, and said of my short story that the writer was psychotic and needed professional help. Then he thought a sentimental lovelorn poem I wrote was more like it. I knew there was nothing wrong with my mental health, that the story was only mildly surreal, and the poem he liked was probably dreck. I became alarmed that I was about to flunk creative writing. I dropped the course and poured all my art into music, Palestrina to Prokofiev, piano and voice. Fast forward fifteen years when I realized that professor was one small man in a small class in a small college and not the authority of anything. When I started writing again, the first piece was a poem about dawn, titled "Early," acknowledging that I had no idea what was coming on the page or day. The second poem was a prayer for my voice not to be drowned, pushed under by a sea of other voices—both pieces never finished, never published, but prescient. Work after that was a conscious effort not to be so self-centered.

What writer(s) or works have influenced the way you write now?
I could have answered this question more easily years ago, when I was becoming. I felt the influence of voices then, was more conscious of joining the dialogue. Recently, I’m following the road I laid for myself, so influence has become a blur, and the last piece I wrote influences the next. But I’m still taking in inspiration, most recently from Nail Williams and Maggie O’Farrell, (both Irish prose writers). Everything colors everything, and I read widely, so from T S Eliot to Billy Collins to Terrance Hayes, from Trollope to Kelly Link, to Lauren Groff and Don Delillo and Sherman Alexie and. . . it’s an impossible question, this. The list is so varied, so long, I can’t pull out any ten writers as being more influential than the next.

What other professions have you worked in?
I’ve taught piano, performed chamber music, schooled dressage horses—not as a profession, but an avocation that took over my life. I’m presently a freelance editor, which is endlessly informative and interesting. Last week was helping a poet with an MFA submission package. This week is editing an unpublished 19th century rhymed poetry manuscript about witches, and collaborating with a short story writer who’s getting published like crazy. Next week is organizing someone’s 600 page novel.

What did you want to be when you were young?
I was political. At 14, I worked on the campaign for the first black mayor of Los Angeles. At 17, I was chosen for The Presidential Classroom for Young Americans. Then at 18, when I had a glimpse of the business for what it was, I decided I didn’t have the heart for it. From time to time, I’ve been an activist. Presently, my heart is breaking over and over. I believe in government as service to society, I believe in America and democracy and, with the forces snarling and tearing at it, I’m deeply troubled.

What inspired you to write this piece?
A dreamy photograph floating around the internet, conflated with present-day anxieties. 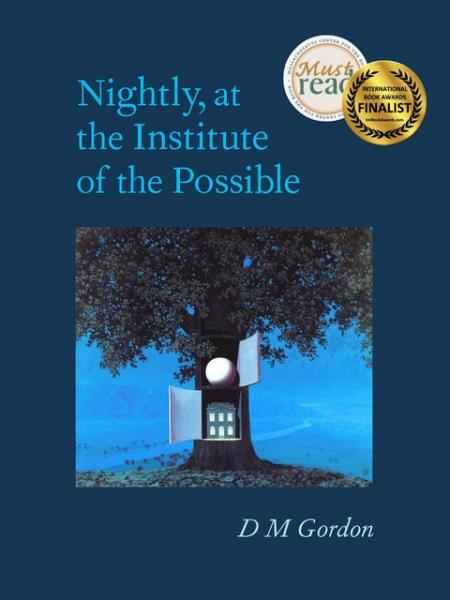 Music is sacred to me, in and of itself. I used to have it on in the background, but I discovered that I was training my mind not to listen. Now, I strive to hear with my entire presence, not to have music and anything else in my brain at the same time. I don’t always succeed.

Do you have any rituals or traditions that you do in order to write?
Usually I’m following a thread and one day leads to the next, so ritual isn’t necessary. Yes, there is a certain chair that brings comfort enough to be brave enough to enter the dream, but it’s not necessary. It’s more like I’m a dog with a rag toy and I can’t leave my work alone. I begin by reading what I wrote the day before.

Who typically gets the first read of your work?
For prose, my poor husband—a captive audience, and yet, an unfailing support.  For poetry, my brilliant, irreverent poetry critique group, on whom I rely to save me from myself.  For longer prose work, after my husband, I have a small handful of trusted readers to whom I am deeply grateful. Each is uniquely precious to me, though I want to mention one very special ninety-two-year-old who reads Proust in French, Dante in Italian and keeps up with all the contemporary literary greats.

What are you working on currently?
I’m finishing up a creative nonfiction book, The Trouble With Horses, and I want to be working on a long, New Yorker-style, personal essay about goldfish, but poems keep slipping in sideways, just when I can’t imagine that I’ll ever write another.

What are you reading right now?
Hamnet, by Maggie O’Farrell, a tone poem in prose.

D.M. GORDON is the author of Nightly, At the Institute of the Possible, a finalist for the Massachusetts Book Award. Her prizewinning poetry and fiction have been published widely in journals from Glimmer Train and Nimrod to Lady Churchill’s Rosebud and Poetry Daily. An MCC Artist Fellow in fiction, and two-time finalist in poetry, her background includes a Masters in Music. She’s written two linked literary novels, a poem collection, and a creative non-fiction book, The Trouble with Horses. She works as an editorial consultant.