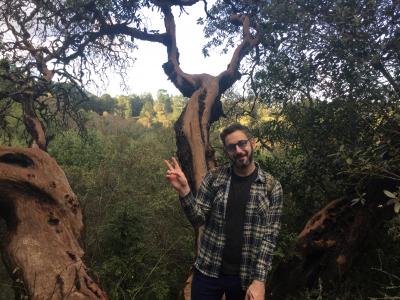 in 1980, my father saw my mother’s photo in a magazine, then
left connecticut.

road-tripped to meet her where she lived in arizona. who would
stay in connecticut?
—from “Qui Transtulit Sustinet,” Volume 62, Issue 2 (Spring 2021)

Tell us about one of the first pieces you wrote.
How far back are we going? In first grade, I wrote and illustrated a story about my cats, Rosie and Marmalade, going on a road trip to visit my extended family in the southwest. One night, they went out camping out in the desert, then woke up the next morning and realized that, exhausted and surrounded by the spare landscape’s utter darkness, they’d set up their tent at the edge of a cliff. This was a retelling of stories from my mom’s childhood, and one specific adventure she’d had with her brother and sister, playing in the desert that was their backyard. My school had a simple binding machine so we could turn our drawings and stories into “real” books, and I remember beaming with joy when I saw the finished volume.

What writer(s) or works have influenced the way you write now?
I care a lot about form—for me, its constraint always proves generative. Most of my writing starts from a line’s rhythm or an essay’s thoughts falling into some given structure, and I take seriously the subversive potential of working within or against the tradition inherent in formalism. This is how it’s always been, and I would say the earliest traceable influence on this concern would be the work of a writer I’ve been lucky to know as chosen-family since I was a child: Marilyn Nelson. Beyond that: Clarice Lispector’s work has assured me that dream-sense can carry more significance than logic; Claudia Rankine has shown me that genre is a flimsy construct that can/should be deconstructed; Brigit Pegeen Kelly’s writing has taught me storytelling (and probably everything else). I would be remiss not to mention that Elissa Washuta’s writing and teaching has let me write into essays—something I had always wanted to do but never knew how to.

What did you want to be when you were young?
I have a distinct memory of my dad asking me “what do you want to be when you grow up?” when I was six years old, and my reply being, “I want to write!” By high school, I wanted to be a teacher, to work in a library, or as a translator. In the totalizing and self-destructive system of capitalism, I don’t think I can believe in good jobs, just good work. I’m lucky that, to some degree, I get to do all the things I dreamed of doing when I was a little kid, and to claim that as my work.

What inspired you to write this piece?
“Qui Transtulit Sustinet” is directly inspired by, and trying to reckon with a few different things, all of them relating to ideas of origin, place, movement, and belonging. The form is a ghazal, which can allow for a writer to place themself, or at least their name, on the page, and opens up possibilities for autobiography and deep-thinking on a focal subject through repetition. The title is the Latin state motto of Connecticut, my home state—“Who transplants, sustains"—which I know has to do with crop rotation (a reminder to and from Puritan settlers), but which echoed with a sense of having to get out if I wanted to survive while I was growing up there.

The poem also spans continents and takes a long-count on time. How can I be or belong to a place when that land, like the rest of this country, is stolen, occupied? How is the experience of being and belonging complicated by notions of minoritization/exotification as they exist in the US today and have persisted since its earliest, mythologized beginnings as a nation-state? What does it matter, if it matters at all, that my mom’s direct ancestors came from a place that was relatively “next door to” my home state long before human life existed on this planet? Like most of the work I care about, though the inspiration came from urgent questions, the point of the writing isn’t to arrive at answers.

There’s a difficult love for homeplaces that comes through in a lot of my writing—“Qui Transtulit Sustinet” is definitely one of those pieces.

I grew up in an area of northeastern Connecticut lovingly known as “The Quiet Corner.” The place is incredibly green, and, like the nickname implies, sleepy. My mom’s family moved from Chicago to Arizona when she was a small child, and after I was born, we would visit the southwest every year or so. These places—the dense forests and rolling farms of the northeast, the sunset-colors and seemingly-endless expanses of southern New Mexico and Arizona—are the landscapes of my earliest and lasting memories, and they still affect me in knowable and unknowable ways. I live in Ohio now, and I miss these formative places all the time. I catch myself writing back toward them in work that isn’t about them at all.

Is there any specific music that aids you through the writing or editing process?
I tend not to be able to listen to music with lyrics while I’m writing. These albums have been in rotation lately: Hiroshi Yoshimura’s GREEN and Wetland, Alice Coltrane’s A Reflection on Creation and Space (A Five Year View), and Robbie Basho’s Venus in Cancer. If I risk it with lyrics, I choose something not in English. Cherrie’s Araweelo and Voyou’s Les bruits de la ville have been getting heavy play. 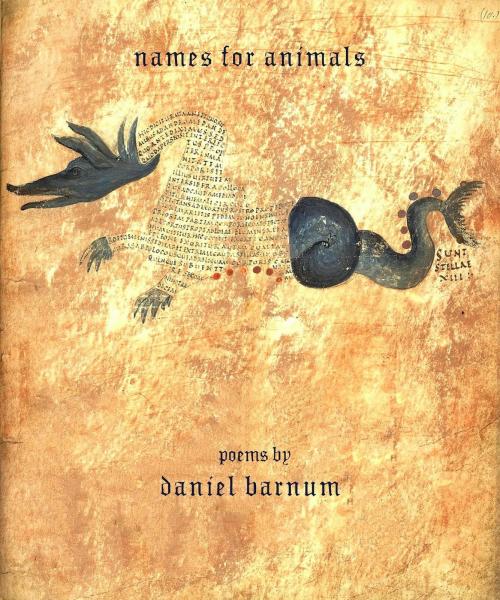 I used to be a late-night writer, but I’m more and more functional in the early mornings now. I wouldn’t claim it as a real ritual object (I use ritual, spellcraft, and divination in other areas of my life), but I’m useless before I’ve had coffee. At the time of writing this, we’re going on a year of quarantine-living, and the most sustaining ritual that’s developed during that—one that supports writing but also makes life a little less awful—is a taking a long walk on a daily or near-daily basis.

If you could work in another art form what would it be?
I studied cello formally from age eight to 18, and still play sometimes. I also sang in choirs throughout my childhood and teen years. If I hadn’t focused on writing early-on, I think I would have liked to pursue music performance as a career or life-defining art. That, or illustration.

What are you working on currently?
I’ve been busy with a few different projects across genres. I’m finishing up my thesis year, so there’s a full-length poetry collection I’ve been working on for the last few years. I worry about bringing attention to something by talking about it before it’s finished but since you asked:

I’m in the early stages of a project that centers a relatively minor character from the Matter of England (the King Arthur stuff). On the nonfiction side, I’m working on two essays—one about a lot of different things, but moves outward from a visit to the Musée Marmottan in Paris in summer 2019, and the other about (again, a lot of things, but mainly) riding horses in The Legend of Zelda: Breath of the Wild. I work in translation as well (Swedish to English), and am busy trying to finish work on a novella that’s set in Ancient Rome, as well as a graphic novel about a queer teen during a period of alienaton and intense change.

What are you reading right now?
I just finished a Swedish children’s book by Astrid Lindgren, Bröderna Lejonhjärta, Aria Aber’s volume of poetry, Hard Damage, and Matthew Salesses’ Disappear Doppelgänger Disappear. I’m currently reading Edith Wharton’s novel, The Reef, and am rereading two books by Roland Barthes—Incidents and Camera Lucida—to work into one of the essays I’m writing. I’ve been obsessed with Rachel Ingall’s Mrs Caliban since I read it a few years back and I plan to reread it as soon as I’m freed up from coursework this summer.

DANIEL BARNUM lives and writes in Columbus, Ohio, where they serve as the associate managing editor of The Journal. A former fellow at the Bucknell Seminar for Younger Poets, they are a 2019 Best of the Net and Pushcart Prize nominee. Their poems and essays appear in or are forthcoming from Pleiades, Hayden’s Ferry Review, West Branch, The Offing, Muzzle, and elsewhere. Their first chapbook, Names for Animals, was published in February 2020.