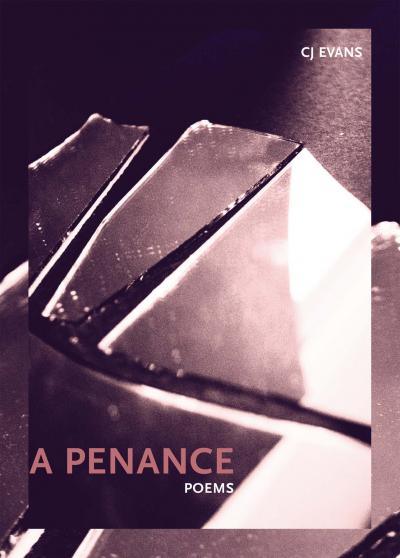 Shattered silverfish bodies in the vanity globes,
they know me. How I hate my body, how it's been

Tell us about one of the first pieces you wrote.
When I was a senior in high school I was a bit of a mess—getting into all sorts of things I shouldn’t have, not showing up, and was very close to getting kicked out. I was just beginning to read contemporary poetry and listening to spoken word, and there was a teacher that let me do a final project in English class that was, essentially, a groaningly privileged teenager ripoff of Gil Scott-Heron’s “The Revolution Will Not Be Televised.” It was utter trash, but I learned how much I liked playing around with language and rhythm, and most importantly, that doing that was a thing a person was allowed to do and be valued for doing.

What writer(s) or works have influenced the way you write now?
That’s a tough one, since a lot of influence is pretty invisible to the influenced. Lately, though, I’ve been writing a series of eight-line poems, so I’ve been revisiting books of poems that are mostly sonnet length or shorter. The pile on my desk has books by Dara Wier, Khadijah Queen, César Vallejo, Susan Howe, Terrance Hayes, Bill Knott, Emily Dickinson, and a bunch of others. I’m really interested in the idea of what makes something short, especially in contemporary work that doesn’t have an identifiable form, a complete poem versus a fragment or an aphorism or whatever. And if any of these poems have influenced me I’m surely better for it.

What other professions have you worked in?
Whew, lots. I cut back trees and shrubs under powerlines in the forests of Oregon. I checked the items in boxes against order forms in a sports company warehouse, which I liked because they let us skateboard on the loading dock during our breaks. I was a host on the 9PM to 5AM shift at a diner in downtown Seattle where everybody came after shows. I think the worst job I had was being a bagel boiler—I had to show up at 4:30 in the morning and spend my shift in a tiny tiled room boiling bagels in a big vat while another guy baked them. I only lasted a couple of months—it was like working in a sauna. These days I’m an editor of translated fiction, which both is and isn’t an “other” profession from poetry.

What did you want to be when you were young?
I don’t really know. Both my parents were vague “business people”—and I had really no sense of what they actually did most of the time. I’m sure at the time I must have said professional wrestler or something, but I think it took me a really long time to understand what work actually was. I went to college as a biology major and finished as an English major, but I still didn’t believe being an editor was something you could do for a living until, well, until I was able to quit my last bad second job and do it full time.

What inspired you to write this piece?
I think all of us have had to confront our mortality and our fragility more than usual this past year.

Is there a city or place, real or imagined, that influences your writing?
I grew up in the Pacific Northwest, so I have this romanticism for being stuck inside when it’s raining—and perhaps just a general underlying depression—that came from there. And though I’ve only ever lived in cities I somehow have this idea that I only ever should have lived in the forest (even though my wife says I’d quickly go insane), so that tension between my ideal of nature and what nature has become in cities is, I think, an influence on my poems. And perhaps on this poem especially.

Do you have any rituals or traditions that you do in order to write?
Like nearly all poets, I’ve always had a full-time job (at a minimum) in addition to writing, and I’ve got kids and a million other things, so I tend to find pockets of time in which to write, which actually serves me well. The only real writers block I ever had was when I was living in France on the Amy Lowell scholarship and had full days to myself to write in this bucolic, tiny office set off in the middle of a vineyard. I know it sounds like an obnoxious complaint, but it was absolutely stifling. I need to have the poem in my head and walk around muttering it to myself all day only to finally be able to sit down and get it out just before bed as if I’ve stolen it.

Who typically gets the first read of your work?
When I was younger I had a lot of people read my work, but I don’t do that anymore. I think having someone read drafts can make something different, but I’m not always positive it necessarily makes the thing better. Once I’ve decided something is finished and send it off into the world I think the role of an editor is really important to tell you if what you intended is actually coming through, but in the early stages I never know yet what I want to do, so I want to keep it to myself until I find out. That might mean that the thing I make is less appealing to people other than myself, but one of the freeing things about poetry is that the economics and attention to it are so small that there’s really no risk of being more ignored.

What are you working on currently?
I’m starting a new long series, maybe a book, which starts with a single poem, but then I’m writing it over and over and breaking it and morphing it again and again so it moves in different directions or has different interests. Right now I’m just messing around, but I’m curious to see how far I can carry one poem away from itself but, by showing the steps between, still have it be the same poem.

What are you reading right now?
I recently got the Poetry Society of America’s annual chapbooks, so I’ve been reading those—I really loved Darien Hsu Gee’s Other Small Histories. I also just finished Taylor Johnson’s Inheritance, which I think was one of the best first books I’ve read in a long time. I also, of course, read lots of translated fiction, and am reading Maria Stepanova’s In Memory of Memory while at the same time reading an incredibly different project, also about memory—Bernadette Mayer’s Memory.

CJ EVANS is the author of A Penance (New Issues Press), and The Category of Outcast, selected by Terrance Hayes for the Poetry Society of America’s chapbook fellowship. He’s received the Amy Lowell Scholarship, and is the editorial director of Two Lines Press.