A Fascism for Our Time 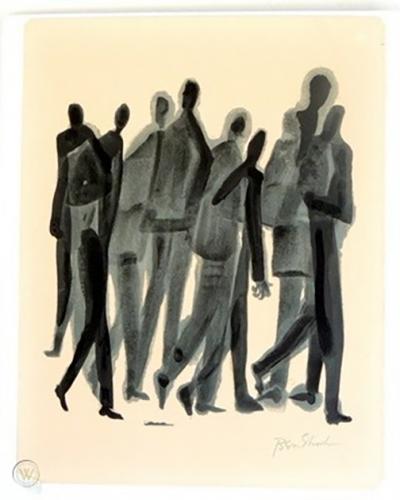 Editor's Note: First posted precisely one year ago, we can think of nothing more appropriate to revisit on this dark anniversary than Harry Harootunian's chilling and incisive diagnosis of our world today.

“A Fascism for Our Time” focuses on how the accidental convergence of global capital and the COVID pandemic, by traveling the same route, has inadvertently unveiled unraveling circumstances in our political, economic, and social life that easily point to the possible formation of a fascist political imaginary in the United States, if not its final realization in the near future. The essay seeks to show how the coming together of affirmative avowals attesting to the appearance of fascism and the acknowledged historic weaknesses of the received constitutional and institutional endowment have enabled the possibility of what very much looks like an unwanted transition to a form of authoritarian rule that resembles a fascist autocracy arising within a democratic society. The essay does not dwell on the kinship of conditions and content marking historical episodes of fascism but rather on the form’s aptitude for adapting to new challenges in different temporal registers and places, as it serves to save capitalism from itself and its habitual creation of crises. In this respect, the fascist form must be seen as the ghost in the capitalist machine. At the same time, the essay puts into question a recent liberal conceit: the proposition that the problem facing American society today is a broken social contract, rather than its absence. Hence, the implied argument of the essay is that America never had a social contract as such—and that something which does not exist is not breakable.

As for fascism’s form, it avoids the fixity of content, mired in and constrained by a specific historical experience, and instead achieves a flexible control for its manifestation in the future, thus demonstrating its capacity to produce a heterogeneous tradition, adaptable to new challenges and needs in different times. The essay sees fascism’s form constituted in the effort to banish subjective autonomy, coupled with the rejection of crises shaped by an unwanted history that derails the present, replacing them by the fantasy figure of an indeterminate imaginary past, a new time fashioned in order to allow capitalism to resume its productive process without interruption. Fascism’s purpose is pledged to the preservation of order, which means ridding society of the autonomous subjectivity that authorizes any individualism which would require recognition and respect for the equal claims of others to individuality, thereby removing the conflicts that historical crises in capitalism will always produce to disrupt its accumulation of capital.

Since the presidential election of November 3, President Donald Trump has ceaselessly exacerbated precisely those conditions which he, during his tenure, had already utilized to redirect the course of American political society to the desired end of autocratic domination. In his frenzied pursuit to overturn his lost re-election, he has resorted to endless legal means at the same time that he has sought to solicit donations to presumably underwrite this effort. Consistently failing to secure legal support has prompted him to consider the next stage of a coup d’etat from within the very state over which he still presides. Apparently, this stage has been inspired by “advisors,” who might well be relying on “reading tea leaves” while applying the conspiratorial logic of QAnon enthusiasts. In short, the essay aims to show—in order to maintain a dangerous “balance” between his natural instinct for grifting and a vocation dedicated to advocating a coup—how far Trump has departed from received norms and even laws, raising questions of illegality and the possible charge of treason.

In entertaining the prospect of staging a coup, Trump has labored to reverse the electoral results by declaring martial law in the four states he believes fraudulently robbed him of victory. This tactic necessarily requires the accompaniment of a recommendation to authorize a re-election process, carried out under military guidance. Even as a subject for discussion in the Oval Office, this scheme borders on sedition under the sign of treason. If Trump admires strong-man dictators like Victor Orban of Hungary, Turkey’s Recep Tayyip Erdogan, and Belarus’s Alexander Lukashenko, as well as other political miscreants, it is because he has already followed their example in insisting on an unbridgeable binary between those willing to express absolute loyalty and submission to him and those who refuse to do so, whom he has branded guilty of disloyalty—an announcement of the beginning of the end of the subjective autonomy, a move required for fascism to ground its claim. At the end of Trump’s presidency, traces of this aspiration also appeared in the monstrously obscene acts of pardon, gestures that allowed Trump to present himself as an absolute ruler or unfettered monarchial figure, handing out rewards to loyalists who lie for him, corrupt politicians whose acts he approves, and murderers recoded as patriotic warriors fighting terrorists.

What we are seeing during Trump’s last days is merely the vague silhouette of the larger ambition the essay tries to clarify through its accounting for a grossly inequitable exchange society that demands permanent political immaturity and economic illiteracy in its citizens. This newer face of fascism draws from the experiential arsenal of earlier fascisms and programs dedicated to strategically submitting big lies like electoral fraud and the “lost election” to repetitive circulation (the Nazis popularized the anti-Semitic “stab in the back”). With Trump, successful exploitation of the worst racist impulses in American life, obliquely verbalizing the fear of white loss of political superiority to peoples of color, cynically replays an earlier scenario that avoided using the word slave in the constitution yet acknowledged its existence by granting Southern voters greater representation. Trump’s enunciation of the “voter fraud” lie bears a family resemblance to the dangerous act of shouting fire in a crowded theater where there is none, and it is similarly destructive. Combined with incessant manipulation of expressions of resentment embraced by the masses, such lies are transmitted daily and fortified by never-ending Twitter communiqués, attended by the regular spectacle of large-scale rallies that permit the leader to enact his message in live performance and solidify the ties that bind his followers together.