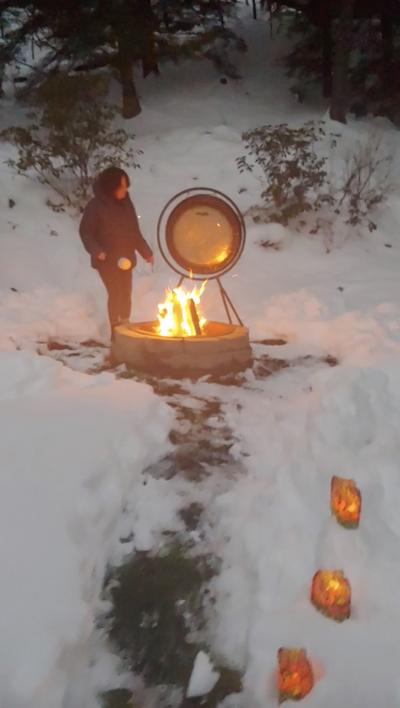 Defined as a wave, yet it has no shore.

It comes to a world created, in the third verse of the scriptures.

To ignite it was needed: “And God said, Let there be light.” (Three syllables in Hebrew, yehi ‘or.)

From then on letters have produced light. Before or without them the world is left in the dark.

Then men of science: Galileo, Einstein, and Goethe among them, who died with its name on his lips. (Mehr Licht, more light.)

From a firefly to lightning, from a candle to the moon, its name does not change.

Our species invented an artificial variety, named after the Greek “elektron,” a term that refers to resin of amber.

Its absence, due to a solar eclipse, halted a battle. Herodotus writes of this.

Its continuation beyond the boundary of a sunset ended another, according to Joshua.

It’s not the same for a sick man in hospital, staring sleepless at the windows, waiting for his pass.

Or for those on the nightshift, where dawn is a return home.

Or for the lover, who must dart off before it appears.

I write of this during a winter solstice that pulls in borders, first to the East, then to the West, so we feel that time is short.

I write of this because I’m Mediterranean, I saw it rise from the sea of my childhood, and then from the grimy glass of a factory, glutted with gas and racket.

Marking the measure of its daughter, shadow, Thales calculated the height of pyramids.

To the question of whether day or night came first, night is the answer, fervid and universal, the mothertongue of astronomy.

Within the human body exists an hourglass, set to the rhythm of light/dark.

It exists too in plants and tides, and in breath, and love.

It exists within these lines, written before the break of day as the hourglass flows toward empty, together with the leap year ’20.

Erri De Luca is a novelist, essayist, translator, poet, and one of Europe's best-known writers. His most recent novel is Impossibile (Feltrinelli, 2019).