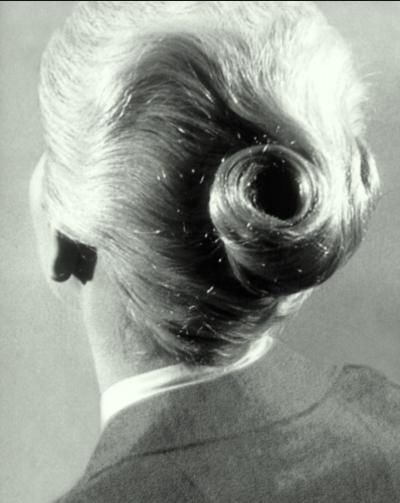 “Everything wrong has been proved.”

Events of world-historical magnitude rage, both across the map and just outside our doors, rage even inside our homes, carried there by howling radios and their offspring. Work continues apace as we prepare, commute, spend the day in toil, and bring home all that has to be done for the next day. Sometimes the big political or public stuff grabs our attention for a while. Often we have no choice but to focus on the job (it pays the bills, after all). But most of us, most of the time, are probably preoccupied neither with those looming moments that will someday show up in history books (as I write this, four days before an enormously consequential election, that clause feels a little wrong, and it may still feel quite wrong as you read it, sometime later) nor with the work we have to do. What dominates our thoughts, rightly or wrongly, is the stuff of private life. This is especially the case when we are in either the first glow or the dying embers of a love affair.

Back in the classroom, having thrashed through his ambivalence about the classical civilization whose languages and literatures he teaches, MacNeice still finds himself detached from work, and for the entirety of Autumn Journal’s eleventh section he says nothing about Munich or his worries over war. Instead, the “familiar devils” that harass him now are his “wasteful and absurd . . . personal fixations” on the lover he has lost:

. . . her voice is faintly heard
Through walls and walls of indifference and abstraction
And across the London roofs
And every so often calls up hopes from nowhere,
A distant clatter of hoofs,
And my common sense denies she is returning
And says, if she does return, she will not stay;
And my pride, in the name of reason, tells me to cut my losses
And call it a day.

Compartmentalization is difficult for the heartbroken.

Facing his inability either to forget Nancy Coldstream or to resolve his feelings for her (he whips wildly between hatred and tenderness, between jealousy and desire), MacNeice sets out to do what any self-respecting intellectual would do: he tries to analyze, to “assess” Nancy’s physical beauty, paradoxical spirit, even her “taste in dress.” Acknowledging that it’s hard for “hungry / Love [to] be a proper analyst,” MacNeice does give it the old college try. Nancy’s emotions, he concludes, are “dialectical,” though he admits that this might just be a nice way of saying that she’s fickle. He tries to think through the logic that might drive her “changes” and “moods,” her “kaleidoscopic ways.” We might hear a thumb on the scale in the poet’s diction here: “intractable, virulent, hypercritical / With a bitter tongue,” “careless,” “at times malicious.” Ouch. What is it about her that attracts him? MacNeice seems to wonder about this as much as we do. Rational thought is hard for the lovelorn.

Blessedly, it has been some time since I had to struggle with the deep ambivalence MacNeice dramatizes in this section, but it was not so long ago that I can’t still remember—can’t still feel—that push and pull in the wake of a breakup. For a solid month after the last such catastrophe I endured, I made lists of all my ex’s shortcomings, led a cleansing ritual to rid my house of toxic energy, totted up the reasons why we’d never been right for each other, yet my stupid heart leapt in my chest each time I thought I saw her car or caught a glimpse of someone whose hair, from behind, looked like hers. Even though the country was in the throes of a financial crisis, and I had new classes to prepare and proofs to read for a forthcoming book, such was the stuff that ate up my attention. What misery.

After trying for some twenty lines to analyze both Nancy and his feelings for her, MacNeice throws up his hands, concluding that he can’t weigh his “hopes and fears” in “pros and cons.” The last dozen lines of the section make a shift that is familiar from earlier sections of the poem as MacNeice abandons the discourse of analysis and a diction of abstraction and advances, instead, concrete imagery and appeals to the senses: “I see the future glinting with your presence / Like moon on a slate roof” as the month of October burns itself out in “all the colors of a scrambled sunset.” This focus on the particularity and presence of the phenomenal world brings MacNeice to a nicely poised resolution. Though the autumn brings about a figurative death by fire, a mode of being in the world that sets analysis aside and dwells instead on the senses’ impressions will reveal the reality of natural cycles and find the world coming back to life in spring.

MacNeice makes three moves in this section’s closing lines that are characteristic of the poem as a whole and that contribute to the subtle structure that undergirds its apparent randomness. First, he returns to the idea of death and descent announced in the first section, where the traveler’s itinerary leads to dying and the train’s entry into London is figured as a journey to the Underworld. That epic topos recurs periodically throughout the poem, varying its specific form so that it shows up (as we saw in section 10) as an attenuated reference to the Eleusinian mysteries or (as it will in section 14) as a small car crash on the road to Oxford.

It also overlaps with the dialogue MacNeice conducts with T.S. Eliot in Autumn Journal. In the first section, MacNeice aimed at Eliot by way of both poets’ allusions to Dante. Here, it is the sound of taxis (familiar from The Waste Land’s “at the violet hour” passage) and an indirect allusion to Shakespeare (“The grate is full of ash but fire will always burn” closely resembles the key image in the third quatrain of Sonnet 73 (“In me thou see’st the glowing of such fire / That on the ashes of his youth doth lie”). Even if I’m reaching with these echoes of Eliot and Shakespeare, of Eliot by way of Shakespeare, both poets structure their considerations of contemporary life around the seasonal cycle that brings death and resurrection, and both weave a thick braid of allusion through their poems.

Finally, MacNeice uses this moment of meditation on the problem of lost love as a further step in another argument he sustains over the course of the poem, an argument about the relative value of thinking and feeling, of abstraction and analysis on the one hand and emotion and bodily experience on the other. Just as, in earlier sections, he abjures his isolation and obsessive thought to join the masses in their daily round of activity, here he resolves on sight and sound and feeling, which allow him to “wait content, banking on the spring” even as he watches “dead leaves canter over the dowdy grass.”

Michael Thurston is the Provost and Dean of the Faculty, and Helen Means Professor of English Language and Literature at Smith College.