How Would an Inclusive Community Talk about China? 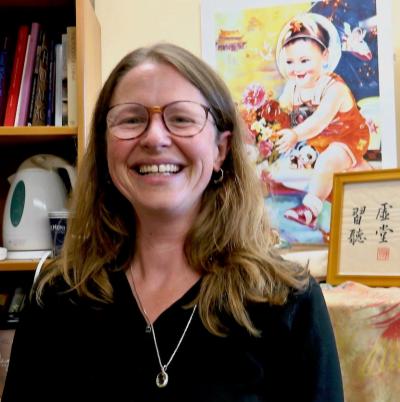 Today I want to ask us to consider how discourse on university campuses—both highly visible statements at the center of social media storms and far more routine communications—reinforces the enduring prejudice in the US that sees China as fundamentally alien and disconnected from “us.”

And I want to ask, how would a truly inclusive community talk about China?

In January 2019, the director of graduate studies in the Biostatistics department at Duke University sent a warning email to graduate students. Faculty members in the program had asked her to help them identify students who had been speaking Chinese “very loudly” in the building—so they could avoid giving these students internships or other opportunities in the future.

This incident struck many people as obviously racist and xenophobic, and the outcry that ensued compelled the department to apologize and the director of graduate studies to step down from that post.

To my knowledge, the incident did not, however, generate many conversations about how we expect our institutions—including our linguistic environments—to change as a result of our commitment to inclusion. And I’ll come back to this later, but for now...

Flash forward a year. In January 2020, UC Berkeley came under fire when its health center sent out an email advising the community that fears about the coronavirus would produce a range of “common reactions,” including “hyper-vigilance to your health and body,” and “xenophobia: fears about interacting with those who might be from Asia and guilt about these feelings.”

The public outcry that ensued focused on the normalizing of xenophobia as a “common reaction” and the apparent privileging of the “guilt” that non-Asian people might feel about their own xenophobic reactions, while ignoring the actual experiences of xenophobia by Asian people—and ignoring that the audience of the communication in fact included Asian people!

Unfortunately, one of the outcomes of the Berkeley experience was to convince the campus leadership at UMass that the whole topic of xenophobia was so prickly, it was best not to try to make public statements about it at all.

It’s a lot easier to call out an institution for a single instance of bad communication, or a single failure of communication, than it is to move or melt the iceberg that these instances are connected to. I want us to look more broadly at how our institutions talk, or don’t talk, about China, the assumptions that underlie and are reinforced by those speech acts, and how those conceptions limit our ability to fully imagine inclusion—the kind of inclusion that entails transformation.

If we had already reached our goal of becoming an inclusive community, during the first weeks of the Coronavirus crisis UMass would have responded instinctively to the first reports of lockdowns in China, not just with concerns about xenophobia, but also with concern for the many members of our community who are from China, who have family members in China whose lives were being disrupted, and who had legitimate reasons to worry about when they would be able to get back to China.

During those weeks, instead, the only communications we received about China were warnings asking people to contact UHS if they had “traveled to or near the affected locations in China.”

The connection may appear subtle, but I cannot help but read these statements in the context of a long history of American discourse on “travel” to China. In happier times, this discourse of travel, there and back again, highlights exotic experiences that underscore how excitingly different China is from the US. In times of crisis, China becomes a place of potentially “affected locations” that we may “travel to or near,” and that we then return from, potentially sick.

In both cases, whether pleasant or poisonous, China is portrayed as connected to us only by these thin threads of travel, belying the actual globalized world in which we are all living together, and also belying the fact that many of us are in fact Chinese.

Returning to the original question, and reflecting on these three cases, I would suggest that:

a) A truly inclusive community would talk about China as home, because it is home to many of us.

b) A truly inclusive institution would talk about China in ways that don’t assume the audience is non-Chinese.

c) A truly inclusive academy would talk openly about, and would be open to, the ways our lives and our work will change as we become more multilingual and more Chinese.

Sigrid Schmalzer is Professor of Chinese history at the University of Massachusetts Amherst and Vice President of the Massachusetts Society of Professors.