What We Can Learn from History 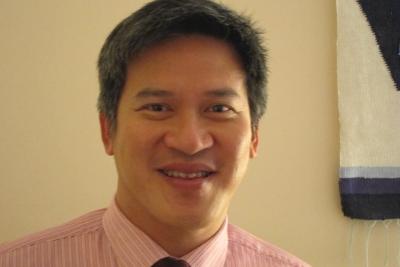 The anti-Asian xenophobia we are experiencing today is not the first instance of anti-Asian discrimination. We have seen in history several cases of such xenophobia: the exclusion of the Chinese in 1882; race riots against Filipino farm workers in the 1920s; the barring of Japanese, Korean, and other Asian immigrants under the Immigration Act of 1924; the internment of Japanese Americans during World War II; the crackdown against the Chinese suspected of being communists in the 1950s; the rise in anti-Japanese sentiment in the 1970s due to the economic slowdown in the U.S. automotive industry; the unjust deportations of refugees from Cambodia, Laos, and Vietnam; the racial profiling of Indians and other South Asians after 9/11; and more recently, the backlash against the Chinese amidst the COVID-19 pandemic.

These are but a few examples of anti-Asian discrimination we have seen in this country over the past 150 years. What can we learn from this history to better understand why there is persistent anti-Asian xenophobia in U.S. society?

As a historian, I would like to provide a framework, albeit not the only one, with which to answer this question. And that answer is: the history and persistence of anti-Asian xenophobia in the country can be better understood by framing that history within the context of U.S. aspirations to become an empire, and its efforts toward building that empire on a racist ideology of white supremacy.

So there are two keywords here to remember: empire and race.

First, let me talk about the U.S. as an empire. Did it ever cross your mind why there are so many Asians now in the country? The usual explanation is that Asian immigrants came to the U.S. out of need: because they were fleeing from poverty or from oppressive regimes.

This story fits into the metanarrative of nationalist U.S. history, which depicts the U.S. as a great nation that welcomes immigrants from all over the world seeking to improve their lives. However, that is only one part of the story. The other part—not taught to us—is that Asians are here in the United States because Americans were there—that is, in Asia—first.

Let me explain what I mean by providing you a couple of examples.

First. The reason why a large wave of Chinese came in the 1850s during the Gold Rush in California was not mainly because they were fleeing poverty or came from an impoverished area. The historian Yong Chen has shown that the region where many of the Chinese came from, the Pearl River Delta in Guangdong province in China, was actually prosperous, due to its highly developed agricultural economy. So how did the first wave of Chinese migrants from this region end up going to the United States? At the time, seeking to tap into China’s vast market, the U.S. had supported opening up and expanding trade relations with China. American businessmen, followed by missionaries, went to Hong Kong and Canton to set up trading firms. By the 1850s, shipping routes connecting Hong Kong to Boston and San Francisco had also been established. Hence, due to American presence in the region, news about gold being discovered in San Francisco found its way to the Chinese from Canton, and this is what led to the migration of the first wave of Chinese immigrants.

Second. Filipinos today, after the Chinese and Indians, constitute the third largest Asian subgroup in the U.S., numbering around four million. Yet few Americans know that the reason for the large number of Filipinos in the U.S. is due to the Philippines’ colonial and neo-colonial relationship with the U.S. The U.S. colonized the Philippines in 1898, acting on its desire to become a regional power in Asia. But it also relied on Filipinos as a source of cheap labor. Thus, in the 1920s, Filipinos, as colonial subjects, were allowed to enter the U.S. without visas to work in the farms of California. After Philippine independence in 1946, Filipinos continue to come to the U.S. as a cheaper source of labor for other sectors, such as the health-care industry.

And so, America’s quest for empire or superpower status has brought Asians here. Yet we also cannot separate the creation of the U.S. empire from the foundation on which it was built, and continues to be built—a racist ideology that believes in, simply put, white supremacy.

For it was the belief in “Manifest Destiny,” a belief that the Anglo-Saxon race was preordained by God to expand over North America, that led white Americans in the early half of the nineteenth century to take over the lands of the indigenous peoples and go to war with Mexico to acquire more territories. In subsequent years, the theory of social Darwinism would introduce the idea that there exists a hierarchy of human races, and that, as in the animal and plant kingdoms, the fittest amongst the races in the human world are destined to rule over weaker or inferior races. This theory, combined with the idea of the “White Man’s Burden,” justified European and American expansionist efforts in the “Age of the New Imperialism” (roughly between the 1870s and 1914).

It is not surprising, therefore, that Asians today are still treated as foreigners, or that, in recent years, we have seen a resurgence of white nationalism that seeks to ensure the survival and continued dominance of the white race. This white supremacist attitude, coupled with the rise of China as a global power and posing a threat to U.S. hegemonic rule in the world, is what feeds the anti-Chinese and anti-Asian xenophobia that we see today.

Richard T Chu is Five College Associate Professor of History at the University of Massachusetts Amherst.