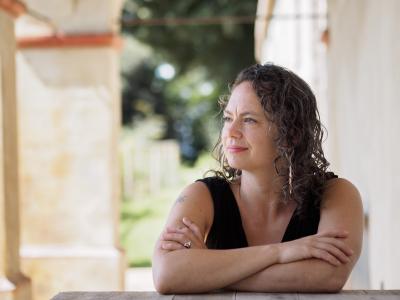 Often we bled
afterwards.
A seep high
in the nostrils,
then red. Or
our heads pounded
& we slept
for hours in dark
rooms, waited
for our thoughts
to unbrick.
—from "Effluvium," Volume 61, Issue 3 (Fall 2020)

Tell us about one of the first pieces you wrote.
The first story I ever wrote was a near-total plagiarism of “Popcorn” by Frank Asch. If I remember correctly, my only ‘original’ contributions were the title—“Pippi Poppi Popcorn”—and the fact that the protagonist was a little girl instead of a bear in a racist Halloween costume (yikes).

What writer(s) or works have influenced the way you write now?
There are way too many to name here, of course. Like a lot of writers, I feel like I learn something from/am influenced by nearly every piece of art I interact with. While I was working on my most recent book, Arrhythmia, (forthcoming from Persea in fall 2021) I read Mary Jo Bang’s Elegy, Tess Gallagher’s Moon Crossing Bridge, Lucia Perillo’s Time Will Clean the Carcass Bones, Diana Khoi Nguyen’s Ghost Of and Jericho Brown’s The New Testament.

What other professions have you worked in?
My work life has been, in a word, varied. At sixteen, I was a waitress/dishwasher at a truck stop a few blocks from my house. I’ve also been a barista, a house cleaner, a prep cook, a writing tutor, a teaching assistant, a free-lance editor, and a ‘garbologist’; I’ve worked at a plant nursery, a Target warehouse, and on a non-mechanized farm; I’ve sold entrance tickets to a ski hill and a state park; I’ve scooped ice cream and driven produce home delivery. My longest stint, recently ended, was 10 years at a cooperative grocery. These days I’m wildly lucky to be able to write and teach aerial acrobatics for a living.

What inspired you to write this piece?
This poem was inspired by a line shared with me by the poet Sam Cha, and documents swimming in Lake Superior at a place called the “hot pond” when I was a kid. Those who’ve visited Lake Superior know it can be shockingly cold even in July, but one spot, at the mouth of the Dead River and across the street from a coal-fired power plant, was bathwater-warm. We knew this couldn’t be ‘natural,’ but were told the heat was the result of the plant using lake water for mechanical cooling—no chemicals involved. With hindsight (and access to satellite maps) it’s obvious the plant’s deposits of coal ash and other toxins were much too close to the lake and river to not to have been a source of cross-contamination, especially since the river was known to flood. Every time my brother and I went swimming there, I’d get a headache and he’d get a nosebleed. Somehow it didn’t seem plausible to attribute those symptoms to the hot pond, though. After all, we’d been told that, except for the rip currents—which we carefully avoided—the water was safe. Working on this piece, I thought a lot about how BIPOC and low-income communities are more likely to become sites where highly-polluting industries are located, with lawmakers and industry officials working to deny the threats pollutants pose. This poem chronicles one of the ways I’ve seen this pattern borne out in my own life.

Is there a city or place, real or imagined, that influences your writing?
My first book, The Cold and the Rust, is set in Upper Michigan, a place that clearly maintains a strong influence on me in terms of subject matter and overall world view. Arrhythmia, my second collection, has a lot more of the Pacific Northwest in it. My partner and I moved to Olympia, Washington, about 13 years ago, and I’m just now starting to develop the right mix of connection and estrangement to write about this place.

Is there any speci.ic music that aids you through the writing or editing process?
I go through periods of obsession during which a particular album or artist—sometimes a particular song—is on repeat at my writing desk. I’m not sure what makes some music I love good for writing and other music less so, except that it helps if what I’m listening to is beautiful, vulnerable, and invites me into an entire world that feels unique to the artist who created it. Some go-tos include Frank Ocean, Bjork, Bon Iver, KC & Jo Jo, Carla Morrison, Kate Bush, Su.jan Stevens, Sampha, the composer Theo Alexander, Beyonce’s solo albums, and late 90s Ani Difranco, though lately I’ve been listening to a lot of Julien Baker. 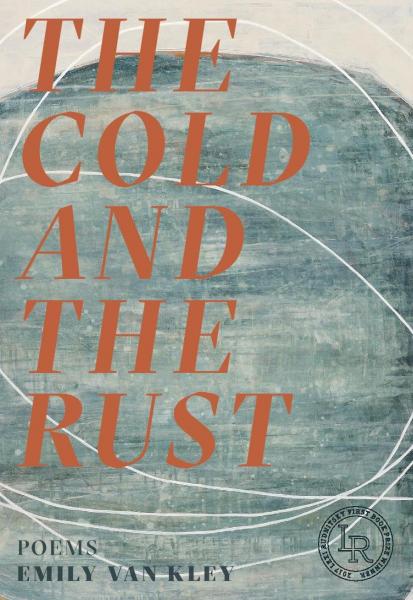 My writing desk is up an extremely steep flight of stairs that my partner—one of the very best humans—put in when she converted the attic to a writing space for me. To climb them safely I have to slow down and be super embodied, which provides a good transition from the flash-bang attention circus that characterizes a lot of the rest of my days. I always start my writing period by reading other people’s poems, which, besides being a pleasure, helps to remind me of the endless possibilities for expression. As of late, I’ve developed the ability to play tug-of-war without interrupting my focus, because our year-old cheweenie, Poundcake, usually follows me up and it’s the only way she’ll allow me significant amounts of time to sit and think.

Who typically gets the first read of your work?
What a kindly-worded question! I often feel like asking folks to read my drafts is asking for their labor, and try not to overwhelm my poet-friends with too many requests for their smart eyes. But I love the idea of offering one’s work as a gift, and that is a lot closer to what I experience when friends reach out to me for an initial read. These days my first readers are usually members of a group I write online with, mostly connected to each other by our grad school days. We post works-in-progress on a private blog, sometimes commenting on each other’s pieces and sometimes not, really just tending a space outside of our own brains for ideas to begin to take root.

What are you working on currently?
I’ve been messing around with this strange project of erasures of the Psalms. My dad is a Lutheran pastor and I’m a queer 40 year-old who no longer attends church, so my relationship to religion in general and Christianity in particular is, well, fraught. Add that to a mid-life existential crisis, and these new poems have been a way for me to question/ accuse/ remake/ comprehend/ and really just go in on a text that has so many contradictory meanings for me.

What are you reading right now?
I just finished Cameron Awkward-Rich’s arresting and tender Dispatch and can’t wait to immediately read it all over again.

EMILY VAN KLEY's collection, The Cold and the Rust, was awarded the Lexi Rudnitsky First Book Prize from Persea Books. Her work has appeared in Best New Poets, Best American Poetry, and numerous other publications. Also the recipient of the Iowa Review Award, the Florida Review Editor's Award, the Loraine Williams Poetry Prize, and a fellowship from the Civitella Ranieri Foundation, Emily lives with her partner in Olympia, Washington, where she teaches and performs aerial acrobatics.