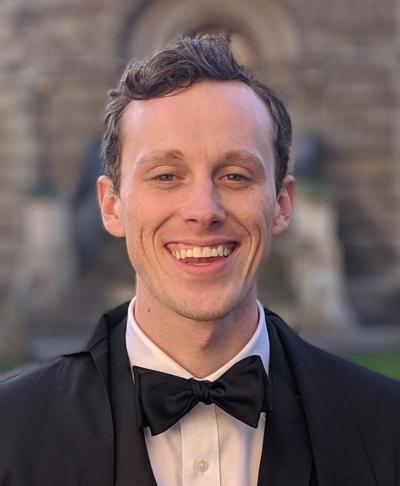 The only architecturally modern building in Nyamata is the town church. Or at least it was. Ot still stands today, one story tall, made from bricks, with a high-ceilinged sanctuary in the middle. Back in its full glory the church was the centerpiece of Nyamata, a small village on a hill in south Rwanda, just north of the Burundi border. The church always stood out from the other features in Nyamata, like a grand cathedral presiding over an old city square—though such cathedrals aren't typically riddled with bullet holes.
—from "As With a Harvest," Volume 61, Issue 3 (Fall 2020)

Tell us about one of the first pieces you wrote.
The first long-form piece I wrote was about the map of Eratosthenes. This map was the first ever detailed rendering of the world’s landmass from above. At first glance, it’s obviously a map of the world. It’s also obviously way off. One day in Cambridge, Massachusetts, I was shirking my responsibilities at work when I wandered into a shop selling old maps. I had a look around and eventually came across Eratosthenes. I took a sort of hard look at the map, then had a moment of recognition—“Hey! I’ve seen this before.” It resembled an idea from the psychological literature called a “cognitive map.” It’s your brain’s personal mental map of a place. The most famous version of this idea was proposed by Edward Tolman in 1948, based on research in rats. But there’s also later version by Stanley Milgram—the same Milgram of the Yale shock machine experiments—where he had Parisians draw maps of what they thought their city looked like. Eratosthenes map of the world was off in almost exactly the same way as Milgram’s Parisians had been off about Paris. It took me two years to publish this piece.

What writer(s) or works have influenced the way you write now?
I feel like I’m still at a point in my development as a writer where I often find myself emulating, a.k.a shamelessly ripping off, the writers I love. On the more academic side, I’m obsessed with the work of anthropologist Clifford Geertz, literary critic Louis Menand, and neurologist Oliver Sacks. But I also love writers that academics usually can’t stomach: for example, Malcolm Gladwell and Bill Bryson. For each of these writers, I’ve read everything they’ve ever written at least twice. Then there’s some one offs. My favorite novel is Their Eyes Were Watching God by Zora [Neale Hurston]. My favorite book of poems is Love, an Index by Rebecca Lindenberg. My favorite book of the Bible is Ecclesiastes. My favorite book, overall, is The Big Sea by Langston Hughes. None of these books influenced the way I write.

What inspired you to write this piece?
I’ve always been fascinated with instances in world history where you have two groups of people who, from the God’s eye view, share almost every important trait in common, yet still find a reason to engage in violent and dramatic disagreement. Rwanda and Northern Ireland are classic examples. You have two groups that are pretty much the same when it comes to ethnicity, language, which god they worship, and so on. Yet they still find a reason to categorize one another as sufficiently “different” to attack. Why? It’s a fascinating psychological problem. At any rate, one day I was flipping through some works on Rwanda when I came across Jean Hatzfeld’s trilogy. The whole thing is first-hand interviews with the perpetrators and survivors of the genocide. Even though you can tell Hatzfeld’s sympathies, understandably, do not lie with the killers, he doesn’t offer much in the way of explanation. It’s all data and no theory. That got me really excited. After having gone through those interviews, I thought the most interesting question was about the perspective of the killers. We all can relate to the victims—and rightly so—but there’s no psychological mystery there. The frame of experience that’s truly foreign to us is what would possess a person to take up his machete against people he knew, cared about, and had no special animus toward. That’s the mystery. So that’s what I wrote about.

Is there a city or place, real or imagined, that influences your writing?
I believe that all good non-fiction writing is travel writing. At least to a certain extent. If it works, it takes you some place other than you are. That said, the short answer is no. The longer answer is only when I’m writing about a particular place. Which I’m trying to do more of. I have a new podcast coming out this fall which is about (actual) travel writing. It’s called Notes from the Field. Some of the destinations in the first season are the 2018 World Cup in Russia, the Mountain Kingdom of Lesotho, and Christmas in Myanmar.

Is there any specific music that aids you through the writing or editing process?
I have a playlist called “Every Erroll Garner Ever.” It features every Erroll Garner track ever recorded by the jazz pianist Erroll Garner. It’s the perfect working music: high energy, no lyrics, and inspiring but not demanding. I listen to that whenever I write.

Do you have any rituals or traditions that you do in order to write?
I start by reciting “How to be a poet (to remind myself)” by Wendell Berry.

Make a place to sit down.

Sit down. Be quiet.

You must depend upon

And so on. I always have a fresh cup of something. Always on my right. Before noon: hot coffee; noon to three: iced coffee; three to six: tea, typically Yerba maté. After six: bourbon neat. Then I put on my headphones and Erroll Garner begins to pound away on the keys. I suppose you could call that a ritual.

Who typically gets the first read of your work?
Haily Tran.

If you could work in another art form what would it be?
Before I was a cognitive scientist I was a jazz musician. I’m not sure that I’m very good at either of them compared to people who really are good at them. In fact I’m definitely not. What I’ve always been drawn to is figuring out how to get people who wouldn’t normally be interested in those topics to connect with them.

What are you working on currently?
The big project I just finished up is the first season of my Notes from the Field podcast, which I mentioned above. Each episode is essentially a long-form travel essay for a different place. I know travel writing is something I want to do in the long-arc of my career. That said, my bread and butter in the near term is closer to my training—to psychology and cognitive science. But I’m looking to get a pinky toe in the door now, so when I incorporate travel into my work later on there’s precedent for it. Anyway, I suppose the main thing I’m working on right now is making progress on my actual PhD work instead of screwing around with various writing projects.

What are you reading right now?
I typically have three books going at any time: one narrative non-fiction, one ideas non-fiction, and one novel. Then I jump around based on what I’m in the mood for. Right now those three are: Say Nothing by Patrick Radden Keefe, Roads to Freedom by Bertrand Russell, and Mating by Norman Rush.

CODY KOMMERS is a PhD student in experimental psychology at the University of Oxford. He is the host of the Cognitive Revolution podcast, in which he interviews scientists, writers, and creatives about the personal side of their intellectual journey. He was born in Seattle, Washington, and currently lives in Oxford, England. To find out more, check out his website here.