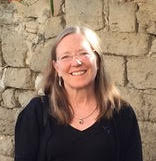 Sir Patrick Steward read a Shakespeare sonnet-a-day on Twitter in order to get us through the Covid-19 pandemic. His gravelly yet elegant voice could turn the words in just the right way to make them clear to almost everyone, although sometimes he had to start over, because he tripped on the words. As he said, the language is complex. He introduced many of the poems briefly, giving us a bit of the context we needed to follow him. He felt a dose of Shakespeare would inoculate us against the dread of impending doom hanging over us.
—from "Of Crooked Eclipses," Volume 61, Issue 3 (Fall 2020)

Tell us about one of the first pieces you wrote.
One of my first successful pieces was a fable I wrote when I was a sophomore in high school. It was a tribute to an idolized teacher who was fired for trying to stage an original musical with us, based on the Wizard of Oz, using songs adapted from the Beatles’ album Sgt. Pepper’s Lonely Hearts Club Band. One dance number was judged to be too erotic by the principal, among others, a dance choreographed by a wonderful senior at the school to “For the Benefit of Mr. Kite.” Mid-rehearsals, the show was banned, and our English teacher, Mr. Everts, was fired, along with the math teacher, who was his co-director. We were outraged, but we were teenagers without a lot of power in that situation. I wrote an animal fable telling the sad story, with Mr. Everts as the hero. I believe I cast him as a rabbit. I remember reading it to my class with Mr. Everts present, and we all wept.

What writer(s) or works have influenced the way you write now?
It’s difficult to choose influences. I’ve studied many writers over the years—I first thought I was going to write a dissertation on the romantic poets—Shelley and Keats in particular, but after a very fruitful period doing experimental theater with Herbert Blau and the theater company KRAKEN, I went in another direction and wrote about the mirror in Shakespeare. I remember finding lines from T.S. Eliot unconsciously stolen by me in early poems. And I’ve performed the works of many other writers, including Ovid, Kafka, Borges, Calvino, Dickinson, Dinesen, Levertov (who was a teacher of mine), and Atwood. The list goes on and on.

What other professions have you worked in?
I had a long career in publishing. Now, I’m working for a non-profit, Innovations for Learning, that recruits corporate volunteers all over the country, to tutor young students in reading.

What did you want to be when you were young?
I didn’t ever have a plan for what I would be when I grew up. I always wanted to write, however. From the time I was in high school, I loved anthologies. I would spend hours reading one poem after another in the Norton anthology, or any other collection I could get my hands on. When I got a job at a college textbook publishing company, Bedford Books, while in graduate school (and after), I found myself helping authors put together literature anthologies. I was thrilled to be a canon buster, introducing my authors to contemporary works by international writers, women, writers of color, and LGBTQ writers. It was a great period of discovery.

What inspired you to write this piece?
I’ve lived with Shakespeare’s sonnets for most of my life, beginning when I was eighteen, with the first performance I describe in my essay. The sonnets were opened like a treasure box to me then. Returning to these poems for the series of performances I describe, has been like returning to a cave where there are always new treasures. But the sonnets have also rescued me in moments of great struggle and emotional turmoil. A few years ago, I was on a bike trip in southern France, and I found myself climbing Mont Ventoux, the giant of Provence, a ride far beyond my inadequate training and capacity. The only way I made it to the top, in an agonizing crawl at the end, was by reciting Shakespeare’s sonnets to myself, to keep my mind off the awful need to put one pedal in front of the other. In another terrible moment, the sonnets became my way of sending love and comfort to a favorite author -- Russ McDonald. I was on a ferry, and I received a call that Russ had suffered a stroke and was not expected to live. Helpless to reach him, I recited every sonnet I knew, silently sending him these words that he had loved so fiercely.

Is there a city or place, real or imagined, that influences your writing?
I live on Moose Hill, in Sharon, a town about 25 miles south of Boston. I walk the trails there all the time, and that walking fuels my writing. 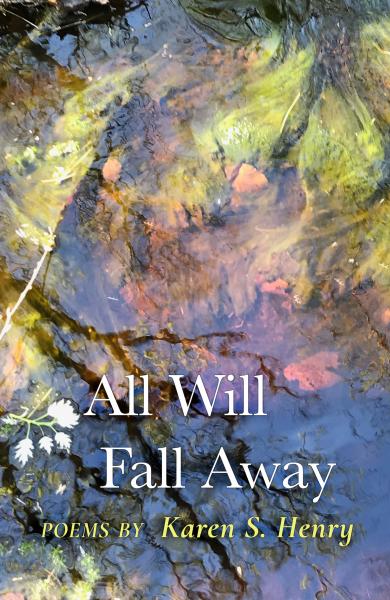 Picking up from my last answer, yes, walking in the woods is how I write. I began thinking about how to answer these questions on a long hike on Moose Hill. Allowing my being to become quiet as I walk—sometimes it takes quite a while to let go of the distractions— is the best way for me to open myself to ideas, images, reflections, and insights.

If you could work in another art form, what would it be? I love language too much to work in some other form, but I have tried painting, collage, photography, and other visual forms in the past.

What are you working on currently?
I’m revising a collection of poems, All Will Fall Away, that will come out at the end of November from Finishing Line Press. And I’m continuing a series of poems I call “Instagram Dream Poems,” based on dreams I’ve recorded over the past ten years. I’m looking especially at the dreams since Trump was elected and the dreams during our Covid-19 era.

What are you reading right now?
To be honest, mostly Harper’s and The New York Times, especially the magazine—short pieces for my Covid-19-short-attention span. But I keep thinking I should re-read Thomas Mann’s The Magic Mountain—appropriate for this weird time, don’t you think? I’m also reading non-fiction research into dreams—what they are, what they do. I want science to back up my imagination.

KAREN S. HENRY collaborated with director Herbert Blau and the theater company KRAKEN in writing Elsinore, based on Hamlet, and Crooked Eclipses: A Theatrical Essay on Shakespeare’s Sonnets. With her husband, Tom Henry, she co-founded the Boston Theater Group, whose major works include The Burrow, based on Kafka’s story; Metamorphoses, a reflection on Ovid; The Beloved: The Story of Ruth; and The Long Light: Voices of Aging. The group also produced two operas with composer W. Newell Hendricks, The Cell and Ascona, for which she and Hendricks received two NEA librettist/composer fellowships. Henry currently works with Row Twelve Contemporary Music Ensemble. Her poems have recently appeared in BoomerLitMag, Crosswinds, The Literary Whip podcast of the Zoetic Press, and Stoneboat. Her chapbook All Will Fall Away is forthcoming from Finishing Line Press.