A Response to the Literary Address by Kazim Ali 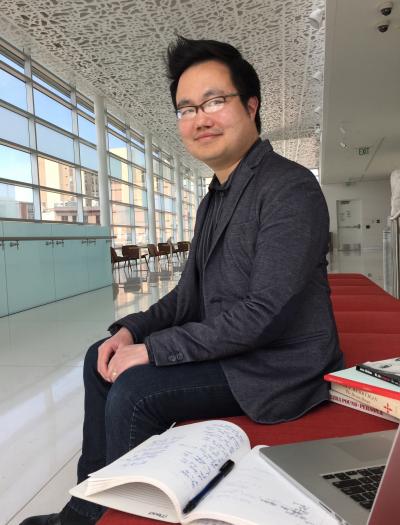 It’s fascinating that Kazim’s response to the question of a South Asian American “canon” is to consider poetic careers cut short, truncated.  The untimely deaths of Agha Shahid Ali and Reetika Vazirani deprived younger South Asian American writers of figures who might now be considered eminences within the field.  For Kazim, Ali and Vazirani seem to represent an aesthetic spectrum, from Ali’s virtuosic, playful formalism to what he calls the “spiky,” fractured experimentation of Vazirani’s last writings.

For me, though, it’s the very question of a canon, or its absence, that makes this address most resonant at a gathering of Asian American writers.  For much of its life, Asian American writing has been defined against established canons.  Our work, and that of other writers of color, was precisely that which was not included in the canons of American Literature (with a capital L).  One possible response to this exclusion is to demand inclusion, to seek recognition within mainstream canons.  Another is to create our own canons—to identify great Asian American writers who can stand as icons for later generations.

To me, though, Kazim’s powerful reflections complicate the very idea of a literary canon.  For oddly enough, what Kazim finds in common among the writers he discusses is not their authoritative establishment of an aesthetic or school, but rather “their very restlessness, their quality of motion.”  The loss of several of these figures at relatively early stages in their careers is a poignant metaphor for the situation that Asian American writers often face: the absence of widely recognized predecessors.  Asian American literature is too often seen as “new,” as simply “arriving,” without a sense of the writers who have gone before.  For Asian American writers themselves, this lack can be deeply isolating, as the canons of literature tell them that no one like them has ever written before.

What I think Kazim provides us in response is not a canon of South Asian American poetry, but a history—one possible history—of that poetry.  It is not simply a set of great authors, but a story, filled with twists and turns, tragic losses, and multiple plotlines.  I especially take to heart Kazim’s insight that authors like Ali, Vazirani, and Alexander offer multiple lineages for South Asian American writers.  And this is precisely because their own lineages are so multiple.  Ali’s deep engagement with form was also, as Kazim observes, part of a deeply vexed relationship with the English language.  Alexander’s far-flung lineage ranges across the canonical English and the Indian literary tradition, as well as linking to other Asian American and African American writers.  Indeed, Kazim argues that such multiplicity is constitutive of the South Asian American literary tradition.

Kazim’s remarks also make me ask the question of who a canon is for.  Canons are often created by critics who wish to provide standards for readers, to say “Read these authors, and not these others.”  But canons look very different when they are established by, from the perspective or, and for the use of writers themselves.  Kazim’s reflections are grounded not in arguments about the greatness of the authors he describes, but in the question of what younger authors can take from the legacies left by these careers.

I like Kazim’s closing image of the “carom” rather than the “canon.”  It makes me think of the younger South Asian American poet as a pinball hurtling through a crowded landscape, sometimes striking against something that sends them in a new direction entirely, only to perhaps fly off in yet another direction at the next moment.  Rather than the frozen statues of a canon, it is this noisy, illuminated tradition that younger writers are constantly, productively buffeted by.  So not a canon, but a tradition, a lineage, a set of histories.  Not just great individuals, but the rich, multiple, and often contradictory contexts that give rise to Asian American writing.