A Response to the Literary Address by Bryan Thao Worra 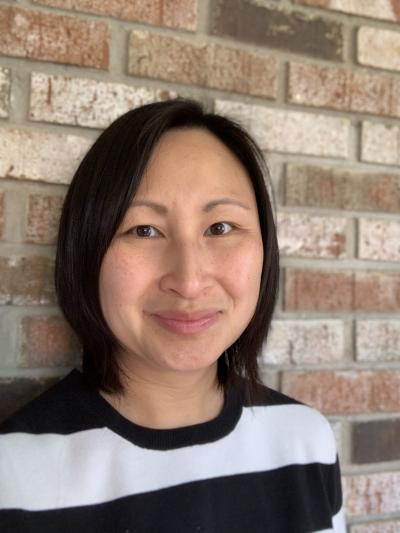 Thank you to CAALS, especially Mai-Linh and Caroline, for inviting me to speak, and thanks, also, to Bryan who wrote such a thoughtful address. In my response, I’ll return to a few major points from Bryan’s address and end with a thought or two of my own. And, I’m really looking forward to the larger conversation and hearing from those in the audience.

I grew up consuming popular American culture; it was the easiest (and maybe the worst way, too) for an immigrant child of refugees to learn how to be American. So, I immediately recalled that King of the Hill moment where Kahn is asked whether he’s Chinese or Japanese. Like Bryan, I related to that moment, knowing full well the burden of always having to explain who I am. And, like Bryan, I have spent most of my adult life seeking out stories that make me reflect on who I am, stories that don’t simply ask me what I am.

Growing up Hmong in Colorado didn’t give me many opportunities to read about my people, Southeast Asian Americans, or even other Asian Americans. I was an avid reader, but, like most young girls, I only had access to things like the Sweet Valley High Series. For those of you who didn’t have the pleasure to read these books, the protagonists are a pair of twins, Jessica and Elizabeth Wakefield, who are always described as blonde with blue-green eyes and perfect size six bodies. They live comfortably in Southern California and have parents who are professionals – a lawyer father and an interior designer mother. We were nothing alike but, at that age, I didn’t know to expect anything different from books, TV’s, or movies. To me, the world had always been divided in this way: the outside world was represented by the Wakefield twins – White, middle class, “American” – and the inside world was represented by my own family – Hmong, poor, “Other.” In a regular week, I would go to school where I had white friends, spoke English, and ate terrible hot lunches that included milk, and then I would come home where everyone looked like me, where we spoke Hmong, and ate delicious meals that included rice. On the weekends, I would get to engage with the larger Hmong community, helping my folks entertain their friends or helping at religious events. My two worlds rarely overlapped, and, having known no other life, this division was perfectly normal to me. So, it wasn’t unusual that the Wakefield twins had completely different lives than me. When I read those books, their lives became mine and their adventures were ways for me to participate in what I thought was America.

But, of course, this period did not last. Like Bryan, I became more and more impatient with a world that made me feel invisible, that did not make space for those like me. Little by little, I began to carve out a place for myself, a place where my two worlds could merge. In college when I first read these lines from WEB DuBois, I felt less alone knowing that I wasn’t the only one who felt divided. “It is a peculiar sensation,” DuBois writes, “this double-consciousness, this sense of always looking at one’s self through the eyes of others, of measuring one’s soul by the tape of a world that looks on in amused contempt and pity.” When Bryan speaks about the “enduring frustration” of “explaining our journey of rebuilding to others,” I think about DuBois and his frustration at watching African Americans have to rebuild themselves in a place that had prospered off their exploitation and continued subjugation. And, when I hear Bryan speak about the lack of encouragement, legitimacy, and mentorship for Lao American writers, I think of my early encounter with Langston Hughes and his own frustration as a Black writer. He, too, wants the freedom to be himself, to, as he writes, “express our individual dark-skinned selves without fear or shame.” When Hughes wrote this, he was participating in and witnessing one of the major turns in American literature, the Harlem Renaissance. And, in marking the recent achievements of Lao and Hmong American writers, Bryan, too is acting as a participant and witness to another turn in American literature: the rise of Southeast Asian American narratives. In bringing these two in conversation with one another, I want to remind us that we are and have always been deep in the process of claiming place for ourselves and for others like us.

And, in claiming place, I want us to consider how literature, particularly this rise in Southeast Asian American texts, can help challenge the whitewashing of our collective histories. Going back to Bryan’s initial reference, Hank Hill may not understand that there are Asians who are neither Chinese nor Japanese, but his father, the racist, misogynist veteran Cotton Hill does. When Cotton first meets Kahn, he knows immediately that Kahn is from Laos. Problematically, his knowledge comes from his experience fighting on the Pacific front during WWII. Together, Hank and his father represent the non-existent and limited knowledge that many Americans have of their own history. Their consciousnesses are singular and privileged, barring them from seeing how their world has always been built by and maintained through a history of erasure and false exceptionalism. In the same way, U.S. literature, for many years, was allowed to forget about marginalized peoples. But, little by little, writers have, to use Bryan’s words, been able to “recover and reclaim” these marginalized histories. In fact, I urge my students to acknowledge that the great American story is not about upward mobility and acceptance but about this very idea of recovering and reclaiming marginalized voices. Because, now, when I read the work of Hmong Americans, lines like “I am refugee. You are too. Cry, but do not weep” from Mai Der Vang’s recent volume of poetry Afterland, I think back to that searching teenage version of myself and I know that these words would have made her feel at home in her world.

Aline Lo is a scholar of American refugee literature and Hmong American Studies. She currently holds the position of Assistant Professor of Asian American literature at Colorado College.