A Response to the Literary Address by Franny Choi 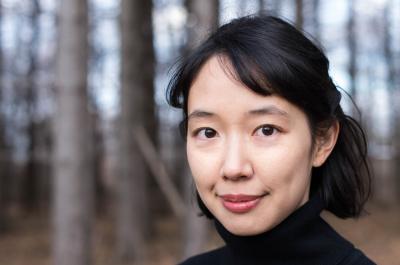 What is the Future of Asian American Poetry?

Before imagining the future, I must begin in the past, considering how we’ve arrived in the present moment. When it comes to Asian American poetry, the first question is always what defines Asian American poetry and where it begins. Does our tradition begin with Pound’s modernist translations of classical Chinese poetry? The poems inscribed on the walls at Angel Island? Or, the poems written by the Issei from behind barbed wire in concentration camps? There is no elementary point of origin, rather, a brief overview of Asian American poetry’s many earlier manifestations does reveal it has always been rooted in contradiction and struggle, the tension between who belongs and who does not.

With this history in mind, I narrow my scope and frame this history by examining the shifting uses of the first-person speaker over the past forty or so years, because Asian American poetics has always held a complex relationship to the first-person “I.” As the poet John Yau writes in “Between the Forest and its Trees,” an essay published in Amerasia in 1994:

I do not believe in the lyric I—the single modulating voice that names itself and others in an easily consumable narrative—writing in a language that is transparent, a window overlooking a world we all have in common. It is not a world which includes me…At the same time, I do not subscribe to the death of the author, the postmodern belief that there is no self writing. That injunction is the most recent way for the academy to silence the Other, keep the Other from speaking and writing.

Asian American poets have always known this, that our use of the “I” is fraught, that though the academy may position our poems as one-way windows into cultural experience, our language is never transparent, never uncontested. When the Asian American poet writes “I,” there is always more at stake.
The choice of first-person, thus, has never been simple. The pioneer poet Janice Mirikitani often uses the plural first-person “we” as a means, not to speak, Whitaman-esque, for everyone, but to build community and solidarity to resist the United States and its imperialist project. In “Prisons of Silence,” a poem and performance piece performed by the Asian American Dance Collective in 1983, she moves between a “we” and an “I” to assert both an individual and collective voice:

I find the windows
Where light escapes.

From this cell of history
this mute grave,
we birth our rage.

We heal our tongues.

We listen to ourselves
Korematsu, Hirabayashi, Yasui.
We ignite the syllables of our names.
We give testimony.

For Mirikitani—who came of age during the civil rights movement and protests against the war in Vietnam, events that would pave the way for Japanese Americans to demand redress—silence is death. It is only when the community stands united to give testimony that their noise will be “dangerous,” capable of enacting change. The tradition of an Asian American poetics is rooted in this political necessity.

This politically active collective first-person in Asian American poetry shifts in the mid-1980’s and 1990’s to a more intimate “I,” more personal and, at least on the surface, more autobiographical. This aesthetic choice reflects a shifting political project which aims to assert the nuance and complexity of the singular speaking voice, one who is undoubtedly shaped by an Asian American experience but is also free to express any number of experiences shaped by any number of subject positions. Li-Young Lee’s “Persimmons,” published in Rose in 1986 offers signature themes of Asian American othering and shame through the teacher’s correction—a “Chinese apple,” not a persimmon—but it’s also a poem just as much about family, language, inheritance, and love.

Alongside this intimate “I” in the last decades of the twentieth century arises the avant-garde, postmodernist voice, one which often works to abstract the identity of the speaker-poet. Often the “I” is multitudinous or works as a canvas upon which historical and linguistic forces play out. Theresa Hak Kyung Cha’s Dictee (1982) offers example of this paradigm, and writers like Myung Mi Kim and John Yau take up this tradition. Both these strands of Asian American poetics work toward the ultimate project of de-essentialization, the more mainstream lyric “I” on one hand asserting the complex humanity of the Asian American subject, the abstract avant-garde project on the other demonstrating the limits of language as a structure in communicating the complex workings between autobiography and experience of the world.

The moment we find ourselves in now, the second decade of the twenty-first century, sees a flourishing of Asian American poetry, made possible in part by increased access to community organizations such as Kundiman and VONA, the growing number of creative writing programs at both the undergraduate and graduate levels, the availability of multiple publishing platforms, as well as what Franny Choi aptly notes as the coming-of-age of the spoken-word generation. Asian American poetry has always been diverse, and we are now beginning to see just how diverse it is, with a multitude of voices speaking from a multitude of perspectives and self-directed traditions.

Such an environment is ripe for innovation, and out of this panoply of voices I see a renewed first-person, one who emerges from the political, intimate, and post-modern traditions—one that is historically grounded, politically active, and aesthetically fluent. Tarfia Faizullah’s “Self-Portrait as Mango,” which appeared in Ploughshares in 2016, is a ghazal whose political and aesthetic urgencies push past the form’s traditional confines, the poem overflowing its couplets. The unfolding of the speaker’s response to her aggressor’s comment (“Your English is great!”) suggests a sonnet pattern as well, an additional formal tension in a poem that revolves around the dynamic between assimilation and exoticization. When Faizullah writes, “I say, Suck on a mango, bitch, since that’s all you think I eat anyway,” there’s a layering to the first-person “I”—she speaks for herself but also for the Asian American and immigrant experiences, all of us who have been jeered at, exoticized, or otherwise othered. The “I” begins as an individual but then transforms into a political, collective “I.” The poem shifts again when Faizullah writes, “Why use a mango // to beat her to death? Why not a coconut? Because this ‘exotic’ fruit / won’t be cracked open to reveal its whiteness to you.” The poem’s address shifts from the “her” to the “you,” again transforming the landscape as the poem moves from the personal onto an historical and social plane, placing the poem’s events in a larger context. This voice is not exactly the collective “we” in Mirikitani or the intimate “I” in Lee or the post-modern voice in Cha, Kim, or Yau, but we see how these poets and traditions contribute to the foundation on which Faizullah’s speaker maneuvers.

While it’s impossible to predict the future, I see the continued growth and expansion of Asian American poetry as leading to an increased global consciousness—more translation and more challenging of borders, linguistic, formal, and otherwise. Asian American poetry, with its roots in political activism, is poised to make real changes in how we imagine the function of literature. With a last look back, in the last lines of Janice Mirikitani’s “We, the Dangerous,” she rejects the lure of recognition as an assimilated American and instead claims kinship with global victims of Western imperialism:

We, the dangerous,
Dwelling in the ocean.
Akin to the jungle.
Close to the earth.

The shift from past into present tense in the final stanza feels particularly indicative of the future of an Asian American poetics—rooted in history but always present, activist, and working toward a more just world.

Christine Kitano is the author of the poetry collections Sky Country (BOA Editions) and Birds of Paradise (Lynx House). She teaches poetry and Asian American literature at Ithaca College and in the MFA Program for Writers at Warren Wilson College.