A Response to the Literary Address by Cathy Schlund-Vials 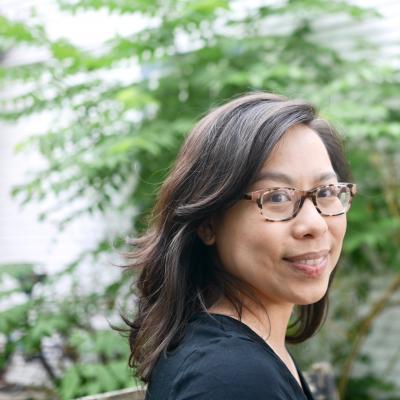 The “tireless telling of alternative stories,” to echo Cathy Schlund-Vials’ words, is how Asian American literature combats xenophobia and closed-mindedness—the stubbornly repeated, and frankly boring, stories told by madmen. Asian Americans have many ways to tell our many stories. And, as we grow into our immense, unwieldy diversity as a social-political community, we will come up with more. Literature doesn’t always look or sound like Literature with a capital L. Part of our task as writers, scholars, and teachers is to name the literary in the world around us—the ordinary and extraordinary acts of language and story-making that texture our lives.

When Maxine Hong Kingston’s The Woman Warrior first appeared in 1976, the Southeast Asian exodus was getting underway. Partly because of that exodus, Asian America today differs radically from Asian America then. But Kingston’s notion of “talk-story” was and remains pivotal. Talk-story expanded our idea of the literary to include ways of speaking and relating that had previously been suppressed by editors and shamed out of classrooms. It also challenged paradigms of sanity and madness, which are raced and gendered, such that we can honor the sense we make as Asian Americans, even in our moments of necessary madness.

Speaking of sanity and madness—and I mean this lovingly as many of you will understand—talk-story gave me a way to recognize my family as literary.

My father, for instance, is a storyteller. It takes only a Heinecken and minimal prompting to get him started. He spent three years in a Vietnamese reeducation camp, where he was repeatedly interrogated about his role in the war. He lied to his interrogators, of course. Lying is easy; the challenge is keeping your lies straight, day after day, question upon question. So, each night, he wrote down on a piece of paper, which he buried in the dirt, a kind of execution-deterring cribsheet: a list of the day’s lies. As he added to his fictional account of “Things I Did in the War,” he would dig up the paper, add to the list, then bury it again.

Lying to survive is literary.

My mother tells stories, too—but differently. Once, when I interviewed her for a class assignment, she refused to name the small town on the Vietnamese-Cambodian border where she and my father grew up: “Why should I tell you the name?” she said. “Your teacher won’t recognize it. Just tell them it was beautiful, near a mountain and a river.” I didn’t learn until a few years ago, when I visited Vietnam for the first time, that the Khmer Rouge had burned down the town and killed everyone who couldn’t run.

Refusal is literary, too.

Asian Americans have always fought for our historical truths. We fight to correct the record so that the broader world may see us, and themselves, more clearly. For refugees, adoptees, and others who are here courtesy of U.S. military empire, learning about our countries of origin in an American school is like walking through a funhouse. We’re shown a mirror and told, there you are: distorted, unrecognizable. So we piece together our own true stories, gathering information from different sources, as Cathy did, and fight to tell these stories from our own perspectives.

But we also fight for our rightful inheritance of lies and refusals. For our lapses of memory, our grainy uncaptioned photos, our diversions, our flights of madness. We fight the archive, we fight history books, we fight Scarlett Johannsen and Hollywood whitewashing, we fight our white saviors, we fight our own ghosts and demons. We even fight each other, as Kingston knows from being excoriated by Chinese American literary bros for The Woman Warrior.

As Asian Americans, we’ve always had to fill in gaps to shape sane narratives out of the remnants of a mad world. We live surrounded by incompleteness and untruth, and that’s not always a bad thing. Isn’t that where imagination picks up and we start to create a better world for ourselves and each other? That’s literary, too. Literature is a muscle we’ve been strengthening all these years.

Mai-Linh K. Hong is an assistant professor of literature at the University of California, Merced. She writes and teaches on Asian American and Asian diaspora literature, race, refugees, and justice. Her work has appeared in Amerasia, Verge: Studies in Global Asias, MELUS, The Account, and elsewhere. She is coeditor and coauthor of We Go Down Sewing: The Auntie Sewing Squad, Radical Care, and Racial Justice during COVID-19, forthcoming from University of California Press in 2021; and she is currently writing a scholarly book about refugee story-making, "Perilous Telling: Story in the Shadow of the Refugee Regime."