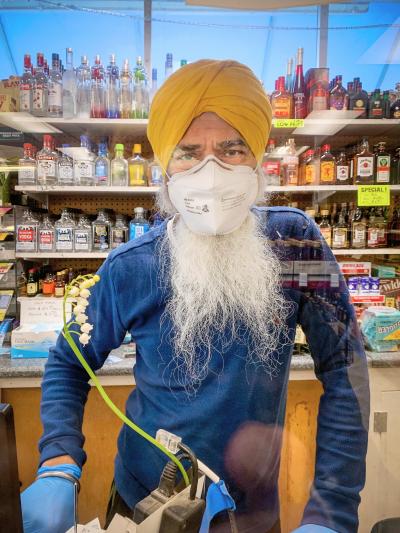 When the Massachusetts Review approached me to do a photo essay on local life under the COVID-19 lockdown, my first thought was, How could I possibly capture the pandemic? Could I physically do this?

On March 5th, I had undergone rotator cuff surgery. Forty years of heavy cameras slung around my shoulders, the tools of the trade as a photojournalist, had taken their toll. The four to six-month recovery would be arduous and painful. I lost the use of my right arm and, after serious complications, my right hand. I couldn’t even tear a piece of paper or open a plastic bag, let alone press the shutter button. Not a bad time to quarantine, but how could I photograph, when I couldn't hold a camera? Then the death of George Floyd happened. I’d cut my teeth as a photographer during the anti-nuclear and peace movements in the '80s and '90s. There was no way in hell I was not going back to the streets again for this.

My goals for this project were simple: to highlight the essential workers that have kept us all going, to capture snippets of everyday life and courage in my community, and to do justice to the protesters who had taken to the streets, willing to risk the virus and confrontations with the police in the fight for equality.

The cover shot is of Dave. His liquor store, Pops, is a central 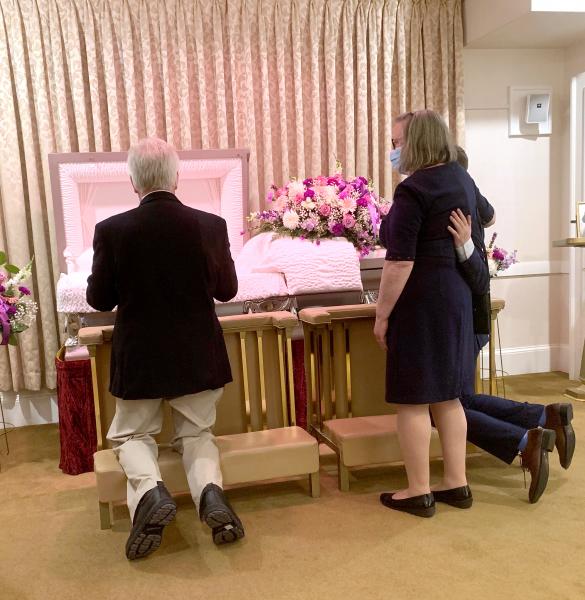 hub in my neighborhood. Next is a photograph of a young boy who turned his face mask into a superhero costume. Then, a sidewalk chalk drawing thanking essential workers—a term the MR editor describes as “category of work that yesterday we barely acknowledged, unless it was ours.”

I photographed two events that spoke to family support. The first was a ninety-seven-year-old’s birthday party, where family, friends, and half of the town of Natick came out in a drive-by greeting. Then I went to Gloucester for the funeral of a ninety-four-year-old woman. It was not a tragic passing; she had lived a long and good life. The tragedy was that her family could not be with her to share her last two months.

The Black Lives Matter rallies held in my area were powerful, and it was important for the mostly white communities of Western Massachusetts to show their support. One of Northampton's marches was the largest turnout I have seen during my forty years of photographing protests here. I did not encounter a single person without a mask within a crowd 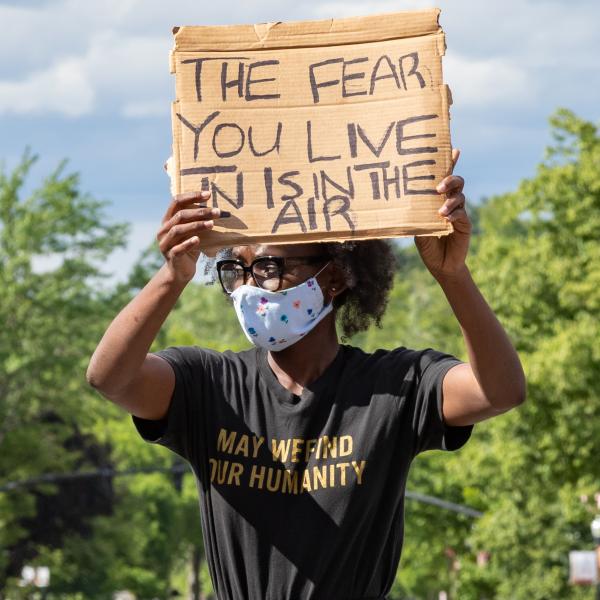 of eight thousand, Not one.

When I reflect on photographing political demonstrations over the years, not much has changed. I find it uplifting to be together and depressing that we still have to.

Some of the images were taken with a cell phone. Light, easy, and surprisingly detailed, it was okay for static portraits like the cover shot, but not to capture the fast-moving demonstrations. It’s just too slow on the draw to grab the fluid moments of life.

To assess what is unfolding before you, you must anticipate what people will do and be where the shot will happen—this is key to photojournalism. I used a vertical grip for my camera with a side shutter button. If I held it upside down and shot with my left hand, it could work—I just needed to flip the images right-side up later in Photoshop. It was awkward, painful, often amusing, yet somehow appropriate for this topsy-turvy world. 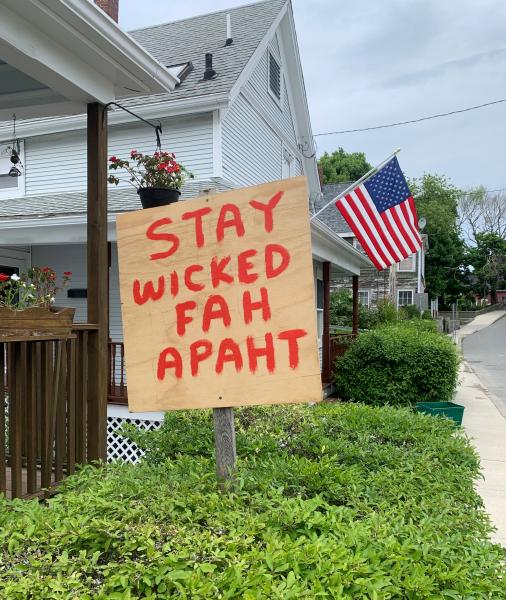 Photographing people wearing masks is a new challenge. When I work, non-verbal communication via expression and gesture is critical. I have many conversations where not a word is spoken, yet we reach an understanding on permission and boundaries. Seeing is sharing—it builds trust. I am always amazed at how much is communicated with just our eyes.

Today there is new concern for many protesters about how their images will be used, and fear of government retaliation. Whenever and wherever citizens fear expressing their opinions openly in public, the Republican campaign to make the media “the enemy of the people” is working. This does not bode well for America.

Thanks to the people who allowed me to photograph them and to the Massachusetts Review for publishing my work. Special thanks to Art Director Pam Glaven for her guidance.

Stay safe, and as the last photo of the series says, "Stay Wicked Fah Apaht."

PAUL SHOUL, an editorial, travel, and documentary photographer lives in Western Massachusetts. His work has appeared in the New York Times, Washington Post, The Boston Globe, and Popular Science. He has been featured in the United Airways and Air Greenland inflight magazines. A staff photographer for Gonomad.com he is a longtime presenter on photography at the New York Times Travel Show. Shoul's photography for the recent exhibits Single Room Occupancy: Portraits & Stories from Northampton Lodging, 1976-2016 and Making it on Main Street are part of the permanent collection at the Historic Northampton Museum and Education Center.