To Do Justice to the Experience 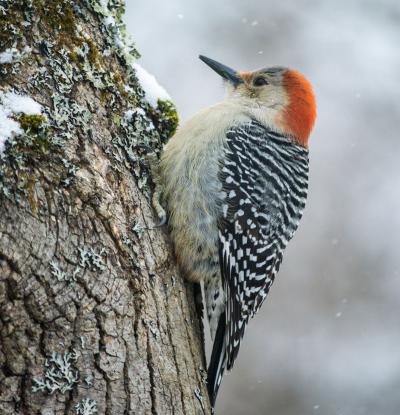 To capture a life in words is not possible, especially when words were—more than anything thing else—the very stuff of that life. It seems to me, then, that only one way could pass for close to adequate in remembering the journalist, translator, and activist Frederika Randall: to pass along as many of her own words as possible. For those of you who knew her, her voice will be unmistakeable; for those not so fortunate, you will gain a least a bit of what we’ve lost.

I should start, then, by noting that I myself only got to know Frederika five years ago, in January 2015. Encouraged by Margaret Carson and Alex Zucker from the PEN Translation Committe, I wrote to her blind, asking for a favor. At the time, the best-selling author Erri De Luca was on trial in Italy for the crime of expressing his opinion in an interview, and I wanted to help if I could. (Erri had long backed a local activist group in the Alps, mobilized for over twenty years to stop, on ecological grounds, the construction of a high-speed train from Lyon to Torino. When questioned by a reporter about their recent protest, which had resulted in property damage, he refused to back down and instead noted that sometimes sabotage is necessary.) Knowing that Frederika had written on Italian politics for The Nation, Margaret and Alex thought she’d have some good advice. Given that she didn’t know me from Adam, I wondered if she’d even write back. She did, and she did.

First, Frederika encouraged me to write to her editor at The Nation and “to emphasize that the charges [were] outrageous.” Later, she also pushed me to write “a larger piece about how local opposition to the high speed rail line has taken on a much wider backing, including people like De Luca, embracing a local cause seen as broadly significant." She added that, “It's a shameful episode. True, Italy still has bad memories of its terrorist times, but De Luca's case is clearly one of expression, not incitement to armed struggle.” Eventually, in case you’re wondering, the Italian court ruled against its own prosecutor and the corporation he was shilling for, with a verdict that said simply, “there was no crime.”

By that point, Frederika and I had exchanged roughly twenty emails, and we’d also begun discussing something else, a writer she was particularly passionate about, Giacomo Sartori. I’ll cite some of the pitch she sent, so you’ll see how irresistible she could be:

Autisms is the story of the difficulties a man of our times has in understanding and connecting with other people, his own ideals,  and the larger society with its bewildering and contradictory expectations. Unlike some of his other novels, this one has no real overt politics, except that there is a kind of bass line pounding underneath which is Italy's experience of Fascism, and the narrator's own experience with his Fascist father.

After listing his chapter titles, she noted, “It might superficially sound like Knausgaard, but I hear echoes of Beckett and sometimes even Kafka.”

Kafka and Beckett, with fascism as the bass line, and cultural autism as the vehicle? How could anyone resist? Seriously, though, what struck me most in Frederika’s descriptions of Sartori’s work was her certainty that this was a writer for the ages. By that time, I’d gotten a strong sense that any enthusiasm of hers would almost certainly be one I shared. And it was. So that’s how we got the bragging rights: the first magazine to publish Giacomo Sartori in English.

From there, we moved on to Igiaba Scego—an excerpt from her Adua, about which Frederika commented: “The novel has been quite successful in Italy, both critically, and in sales. It's been reprinted a couple of times. I think Igi's on her way to the place she deserves in Italian letters.” About that place, she specified: “Igiaba Scego is one of Italy’s most spirited and interesting young writers, and she has drawn on her Somali-Italian experience to raise awareness of Italian colonialism and to open perspectives on racism that were badly lacking in Italian life and literature.” Six months later, we were already scheming about another excerpt, from Scego’s book-length essay about—really a love letter to—the great Brazilian composer and singer Caetano Veloso.

By now you won’t be surprised to hear that, after our nation’s hostile merger in November 2016 (where the US became a lesser partner in Trump, Inc.), I enlisted Frederika to write for the blog series we’d launched in response, “Our America.” She sent us a fascinating story about meeting an elderly woman and her caretaker one morning at a café in Rome. The latter was from Ukraine and very happy about the election: “he’s a friend of Putin, while Obama is a criminal selling guns to the fascists.” Their conversation went on like that for a while, and Frederika summarizes:

It’s hard work trying to explain that I don’t entirely disagree with her. She’s gotten up steam to speak truth to the enemy, and doesn’t want to know that I am not that enemy. I tell her I don’t particularly like Putin, but neither do I think he’s the devil incarnate. I say that the market, capitalism, brings terrible woes to the West, too. I want to be friendly, but there’s such a bitter, hurt weight to her every word that I know it’s impossible. I want to find common ground, but as always, when you are by far the most privileged one, it's expecting too much to want the other to acknowledge you.

On this planet we have far too few souls with an equivalent level of insight: seeing someone else’s point-of-view, without surrending your own, and all the while keeping a deep sense of your own limitations. Could we possibly find at least a couple, and maybe send them to DC?

In brief, Frederika had skills, so it isn’t hard to see why her translations always ring true. After the Scego/Veloso piece, we also published a short interview where Frederika describes having practically fallen into her vocation. "I had been working as a journalist," she comments, and so,

My first translations were no more than quotations from Italian texts and interviews. . . I felt it was important to do justice to the Italian experience I was recording, to reproduce not only what was said but how people reasoned and thought, what was unsaid, in a sense. A knowledge of the society and the history, of the Italians in all their regional variety, is just as important for a translator as a knowledge of the language and literature, in my view. Otherwise you are just translating words, or style, without necessarily being able to convey what those words or that style mean to a native.

I had the good fortune, in the summer of 2017, to tag along with my wife during her stay at the American Academy in Rome. Shortly after arriving, I wrote to Frederika and we arranged a lunch together: I came with Anna, and we both got to meet her and her Vittorio. We ate, we drank, we talked about all the things one does at a first meeting. Mainly, though, we just got on and had a wonderful time—the first of many, we thought, and I imagine they did too.

In her New Year’s wishes for 2020, Frederika sent around a pair of bird photos, a crow and a woodpecker, along with a transcription of their conversation.

Not surprisingly, she also sent us a translation. From the Avian, she said. “There is no Planet B,” the birds were telling us. Indeed.

All we can do is continue to work, as she did, on this one.

N.B. This tribute is simply one of fifteen or more, from Ann Goldstein, Jhumpa Lahiri, Tim Parks, Ilan Stavans, and many others, as part of a special feature compiled by Geoffrey Brock, editor of The Arkansas International.