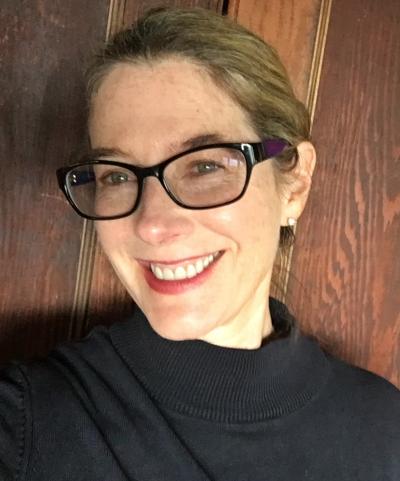 was meant as an emblem of wealth.

Is this the real-time sorrow

and how did Beurer bring it out

on the patrician’s face through brumal medieval afternoons

when they sit near each other

as still as two lemons,

Tell us about one of the first pieces you wrote.
Thanks so much for this chance to correspond with MR and greet its readers. And to recall my first poem was an ode to the butane delivery man who came to our farm in central Texas. I was five; my mom, a teacher, wrote it down. She’d been reading aloud to my brother and me from A Child’s Garden of Verses. That butane truck was charming—maybe it was the smell?

What writer(s) or works have influenced the way you write now?
Sarah Vap, Gwendolyn Brooks, Louise Glück and Muriel Rukeyser give examples of boldness and innovation I’d like to draw from. The embracing spirit of Whitman becomes more dear the worse the world looks. Pablo Neruda and Thomas Lux thrill me with humor, eccentricity and conscience.

What other professions have you worked in?
I’ve taught at the college level since 2008. Before that, I practiced law in California. I enjoy finding out about writers and artists who started as lawyers or attended law school before focusing on art (e.g. Dante, Plutarch, Dulac, Bilibin). Also I’ve sold books, edited, waited tables (poorly in both senses of the word) and taught swimming lessons.

What did you want to be when you were young?
An archaeologist. Still do.

What inspired you to write this piece?
“An Old Man in Great Trouble” is the fruit of staring at Wolfgang Beurer’s 1487 portrait of Johann von Rückingen in the Museo Nacional Thyssen-Bornemisza in Madrid. I was bemused by how scrawny the fur trim on the rich guy’s coat looks. I reinvented the painting to suit my needs: poetry = power.

Is there a city or place, real or imagined, that influences your writing?
I’m busy imaging the USA in January 2021 without Trump in public office, a nation busily remaking itself with greater social justice and more economic fairness. A safer and increasingly joyful place.

Who typically gets the first read of your work?
Sonoma poets Greg Mahrer and John Johnson read my book manuscripts first. I’m in a group of “Monday” poets, most of whom live in New York, who are the first to read many of my individual poems.

If you could work in another art form what would it be?
I’d get a kick out of writing a novel. Even if it was awful, I would have extended my attention span by two hundred pages. Once I’d figured that out, I’d make a few films.

What are you working on currently?
I’m about two-thirds through what I hope will be my fourth collection of poems. I usually write free verse, but last summer I invented (or I think/hope I did) a short lyric form I’m using for a lot of them. I love repetition to death, so be warned.

What are you reading right now?
Elsewhere by Nicole Callihan & Zoe Ryder White, Quivera by Karen Kevorkian, re-reading Analicia Sotelo’s Virgen, reading aloud Hilary Mantel’s The Mirror and the Light with my husband, re-reading fairy tales (the ultimate avoidance technique) mostly for the illustrations, just started Ibram Kendi’s How to be an Antiracist. And Jane Smiley’s Moo, because now that my job’s gone to online mode through December, I actually miss the campus vibe.

KATHLEEN WINTER is the author of Transformer, the 2020 selection for The Word Works Press Hilary Tham Collection. Her second book, I will not kick my friends (2018), won the Elixir Poetry Prize, and her debut, Nostalgia for the Criminal Past, won the 2013 Texas Institute of Letters Bob Bush Memorial Award. Her poems have appeared in The New Republic, The New Statesman, Agni, Prairie Schooner, and Cincinnati Review. She was granted fellowships by Sewanee Writers’ Conference, Brown Foundation at Dora Maar House, James Merrill House, and Cill Rialaig Project. Her awards include the Rochelle Ratner Memorial Prize, the Ralph Johnston Fellowship at the University of Texas's Dobie Paisano Ranch, and Poetry Society of America The Writer Magazine/Emily Dickinson Award. Winter is an associate editor at 32 Poems and teaches creative writing at Sonoma State University and Santa Rosa Junior College.