- By By Edward Clifford 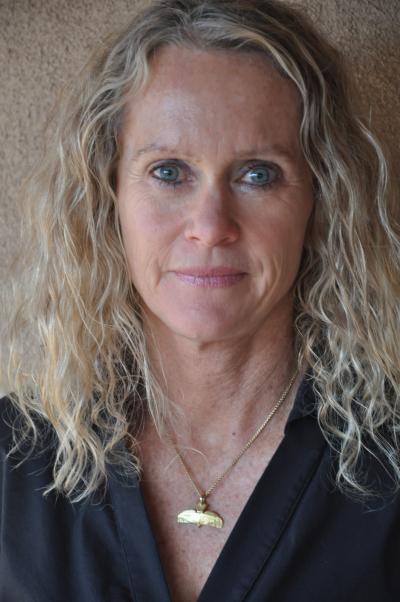 I don't believe in Judgement Day,
but there are people who devoutly do.
They bank on the dead rising like rehabilitated birds:
parrots & finches, tanagers & herons—
birds whose necks were broken and then restored.
Or the dead rising like repaired robots.
The thin pink-colored sugar water
in hummingbird feeders will re-inhabit veins.
—from "Erasure," Volume 61, Issue 2 (Summer 2020)

Tell us about one of the first pieces you wrote.
My early poems were roused by love; the most ordinary human impetus to take ink to paper.

My first love poem was for/about J. He had recently died in an Arizona jail. The story was that alcohol had been smuggled into the jail and J. was singing Navajo chants, because the alcohol gave him passage back to his singing voice. The guards, in an attempt to silence him, and keep deaf to the beauty of the chants, killed him. They strung J. up in the cell to make it look like he took his own life. The poem invoked porcupine quills J. gifted me and me walking into a lake to reunite with him.

Another early poem was about the story of my birth. Though my young mother was in labor, she was left alone in a hallway of a small seaside hospital as the doctor and nurses were busy in another room with an older woman having a difficult labor. My mother could hear the sounds of the woman screaming. As I was entering the world, the woman’s baby boy was already leaving it. He was stillborn. The poem imagines he and I passing each other in an underwater river. I was heading in one direction and he in another, simultaneously. We acknowledged each other with our eyes and with our hands, that were like fins.

What writer(s) or works have influenced the way you write now?
I began writing poetry before reading it, which in some ways was freeing. I imagine I’ve been influenced by everything I’ve read before and since. Ann Sexton and Pablo Neruda were the first poets I read. Followed by Sherman Alexie’s “The Summer of Black Widows”.  And then a tumble of poets, including Anne Carson, Mary Ruefle, Dean Young, Adelia Prado, Bob Hicok, Diane Seuss, Jericho Brown and Kaveh Akbar.  Gabriel Garcia Marquez’s Love and Other Demons and One Hundred Years of Solitude, Toni Morrison’s Beloved, Keri Hulme’s The Bone People and Rohinton Mistry’s A Fine Balance are some of my favorite literary works of art.

What other professions have you worked in?
My first job at ten and eleven years old was walking down a steep hill to a big open meadow to collect ponies. I would catch them, halter them, ride them up the hill bareback. Then brush them, clean their hooves, saddle and bridle them, and wait by the road for cars with parents of toddlers and small children to come for pony rides. I would walk the ponies in circles with the small children on their backs. It may have been my best job. Then bus girl, tile-setter assistant, carpenter/construction laborer, waitress, bookkeeper, reservationist, masseuse, acupuncturist, visiting poet in high schools and memory care assisted living facilities, writer.

What inspired you to write this piece?
My poem "Erasure" is from a recently completed manuscript titled Hero Hallucination. Each poem is mated to a logion from The Gospel of Thomas and acts like a consort, bride, groom, playmate, alter ego, Siamese twin or co-conspirator to the logion.

Some part of me hoped that a collaboration between the rogue, non-canonical sayings and the poems I forged, spawned, and set aflame by the influence of the logia, might result in a peace accord, if not an anodyne, for me in regards to my childhood relationship with priests, and my ongoing relationship or non-relationship to the institution of religion, and with faith itself.

The content of logion 51 appears in the body of the poem. “When will the dead be at rest?" "When will the new world come?" Questions put to Jesus by his disciples. “What you are waiting for has already come, but you do not see it” is Jesus’ answer, according to the Thomas Gospel’s author.

"Erasure" is a waterfall style, nosebleed poem; a reconnoiter into the concept of resurrection and the human imposition of rules and judgements, sadly devoid of kindness and love at times. The poem takes a journey through several illustrations of humans in the state of waiting for; be it waiting for Judgement Day or a package from Wine.com.

I hope it translates foremost as a poem of image and compassion.

And the sense that ideals like heaven and resurrection are here and now, that it’s best to enjoy the wild ride, the beauty, the pain, the fear, the glorious planet, in each waking and dreaming moment. The celebration is now. Though the ending of the poem goes for simpler, smaller rewards. Because we have not fully thrown ourselves into the divine, we are like pets who settle for a bone and some cooing sounds. But that might be a beautiful receiving. Just might be okay to be satisfied with the smaller, everyday acts of compassion. But the ending line: a partition in the fissure could be mind-blowing. Not just that men and women will be permitted to dance with each other, but a more bounteous, unshackled, breaking through.

Is there a city or place, real or imagined, that influences your writing?
If there is a place, it’s a place inside my psyche. A place where I am free to be true to myself in all the guises and garments I wear and discard and wear again. A locale where I am safe to be exploratory, strange, humorous, absurd, irreverent, afraid, brave, loony, honest, coy, angry, vulnerable, and associative to the point of frustrating some, but where I fire up my synapses that have dimmed. A place where I uncoil and dance. 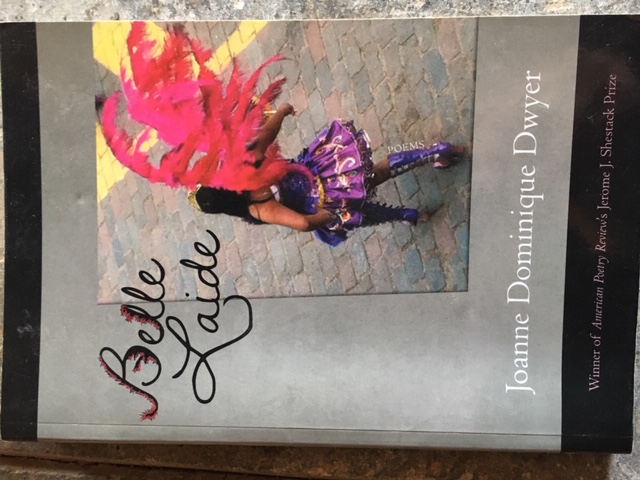 Do you have any rituals or traditions that you do in order to write?
I wake at 5 a.m. and clip my toenails. Then I scissor one fresh flower from my garden, add the new stem to the vase on my writing desk. I light a votive candle, paint my fingernails, and vacuum the prayer rug under my desk. I search the entire square footage of my writing room on hands and feet and on a ladder, with a purple mini Maglite, for insects and their eggs. And what I find, I cup into my hands and gently deliver outside to green foliage. I make a thermos of coffee; add Arak to it throughout the day by thimble-fulls. I place a bowl of red grapes and a plate of falafel on the upper right hand corner of my desk. I clean my smudged reading glasses. Kiss the Germaine medal I wear around my neck, patron saint of shepherdesses. Apply lipstick.

Who typically gets the first read of your work?
I am an oddity in this, I believe. I almost never share my work. I used to show my partner a few poems, if I was feeling brave. Now, I wait until I have a complete manuscript to hand to him. I used to workshop with Tony Hoagland before he got sick and died. It was he and I and a rotating third for several years. He was a brilliant and generous reader. I have learned to wait long enough with a new piece, to be able to see it as if through another’s eyes. Kind of like playing chess with yourself; helpful to have multiple personality disorder.

Though, lately I’ve been learning ceramics, how to throw cups, bowls, plates. How to decorate and glaze the clay.  It’s addicting, I’ve become enamored with it. It’s a welcome hands-on, hands-dirty balance to the more cerebral work of writing.

What are you working on currently?
About two years ago I started writing fiction. It’s been an on again off again project. Since being laid off in this time of Covid, I have dedicated more time to it. It’s mostly pure joy; a bungee jump. I now have 122 pages of a novel in progress. I’m also writing a series of shorter “definition” poems.

What are you reading right now?
I’ve just re-read Love in the Time of Cholera. I’ve also recently read all of Jesmyn Ward’s books, and the genius Lincoln in the Bardo by George Saunders.

A past winner of the Massachusetts Review's Anne Halley Poetry Prize, JOANNE DOMINIQUE DWYER has also received a Rona Jaffe Award, has one book of poems, Belle Laide, from Sarabande Books, two unpublished poetry manuscripts, and is working on her first novel. A poem of hers appears in Best American Poetry 2019. She is grateful to Ellen Doré Watson and the staff of MR.