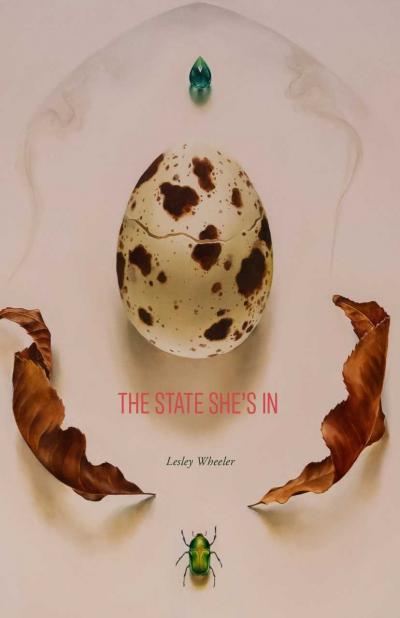 Edna St.Vincent Millay terminated two pregnancies. The miscarriage she induced in 1922 in England is well documented because Millay confided in multiple people; even her printed letters contain veiled references. An earlier procedure, occuring in the late fall of 1920 in Greenwich Village, seems to be recorded only by biographer Nancy Milford. Norma Millay told Milford her famous sister had "suffered a 'botched abortion,' which left her bleeding and weakened."
—From "The Smell of Tansy through the Dark," Volume 61, Issue 1 (Spring 2020)

Tell us about one of the first pieces you wrote.
The first story I wrote, in second or third grade, was a dire tale of domestic violence. Only a young character who resembled me escaped alive. I had seen a TV commercial for a special on the subject then demanded to stay up and watch it. When my mother refused to allow it, I responded with this fictional demonstration that I knew everything about domestic violence anyway. I’m a little disturbed about the project, in retrospect.

What writer(s) or works have influenced the way you write now?
I’m never sure I’m telling the truth in answer to this question, but I can name a few inspirations for my attempts to fuse literary criticism and personal writing, as in “The Smell of Tansy Through the Dark.” As I applied to PhD programs in English, I was reading essays by Adrienne Rich and Rachel Blau du Plessis (especially The Pink Guitar). I thought that’s what I was setting out to do, to write criticism that was accessible, experimental, or both, and that’s not what my PhD training focused on, of course.

When I came back to that old ambition, I was reading Wayne Koestenbaum; thinking about what worked and didn’t work in bibliomemoir; and tracking braided and lyric essays in literary journals. I often love idiosyncratic criticism and craft essays by poets, but sometimes they ignore research and theory by great scholars, which makes their work less rich and valuable. I agree that endnotes can be clumsy and good prose should be a high priority, but I get frustrated when writers don’t do the work of getting to know other thinkers on their subject.

What other professions have you worked in?
I went straight from college to grad school to university teaching, but my part-time and summer jobs included bakery assistant, office work, opinion research by telephone (eight-hour shifts of getting hung up on), and one single day on an assembly line at a Revlon factory. That was my hardest day of labor ever—I couldn’t cut it.

What did you want to be when you were young?
A firefighting ballerina who was also a famous fiction writer.

What inspired you to write this piece?
This essay encodes its origin point: it has always been deeply important to me, through many life transitions, to know how other women poets cope with the same crises. I noticed as I read biographies how many women writers of previous generations had abortions, partly because there weren’t other good ways for a woman to control her fertility. It’s hard to write when you’re a caretaker, and although I was glad to raise two children, I respect the choice not to. It was fascinating, during the process of writing this, to dig deeper into the birth control movement. I had only partial knowledge of it beforehand. Studying Culpeper’s herbal guide, as Millay’s mother did, was fascinating. Since I was going to be in southwest England during the summer of 2015, too, I tried to figure out what hills Millay and her mother walked and learned to recognize common herbs. Visiting a site is the most fun kind of research and often very revealing.

Do you have any rituals or traditions that you do in order to write?
A pot of tea in a quiet room with the door shut makes me happiest. I once had a view of a stream from an isolated sabbatical office; I brought in an electric kettle and that became my best writing year. But sometimes you just take what you can get: airplanes, waiting rooms, or behind the toybox until your kid gets outraged at your inattention.

Who typically gets the first read of your work?
I’m married to a writer, Chris Gavaler, and he and I met as undergraduates, so he’s always been my first reader—he’s especially smart about structure in long pieces, which is the aspect of writing I find hardest.

If you could work in another art form what would it be?
I want so badly to sing, and I am terrible at it. My kids wouldn’t even let me sing them lullabies.

What are you working on currently?
With my fifth poetry book, The State She’s In, and my first novel, Unbecoming, both out this spring, I feel like I’m devoting all potential writing time to publicity. I have an essay collection to revise for 2021 publication, too, not containing this essay but braiding together criticism, theory, and personal narrative in a similar way: Poetry’s Possible Worlds: Twenty-First Century Verse and the Multiverse. As far as new projects, I’m really interested in writing poems that are spells, charms, and curses. I hope to deepen that commitment next year, plus I have an idea for a second novel, AND an idea for another book of essays, Taking Modernism Personally (of which this essay could be part). I’ll just follow whatever path attracts me most when I have time to think again.

What are you reading right now?
I missed AWP 2020 so I took advantage of various presses’ virtual bookfairs to order lots of new poetry. I’m also rereading Tracy K. Smith’s Wade in the Water, Stephen Graham Jones’ Mongrels, and Anna Lena Phillips Bell’s Ornament for various classes. A recent Shenandoah contributor, Kaveh Bassiri, sent me his new chapbook and I’d love to read that soon. I put in advance orders for Aimee Nezhukumatathil’s World of Wonders and Hilary Mantel’s new book, too. I’ve been missing Thomas Cromwell’s voice in my head.

LESLEY WHEELER's forthcoming books include The State She's In, her fifth poetry collection; Unbecoming, her first novel; and Poetry's Possible Worlds, a suite of hybrid essays. recent work appears in The Common, Gettysburg Review, Ecotone, and other journals. Poetry Editor of Shenandoah, she lives in Virginia.