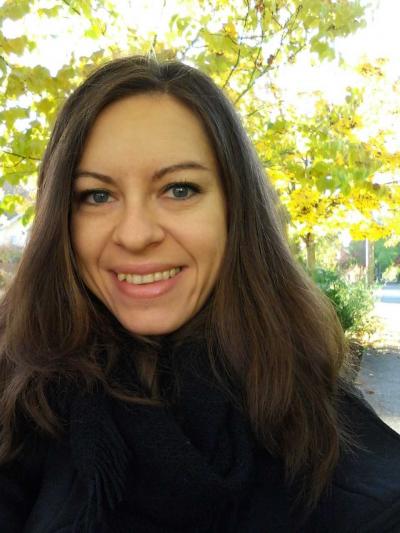 Natasha — my name, which is not from my only language, the one, the survivor, is also not from the other, the aborted, the rejected— becomes N-A-T-A-S-H-A. Hell to write, especially because of that "SH" that to me sounds like it should be "SCI." But I've accepted things as they are: for everyone else "SCI" is "SCI," for me "SCI" is "SH."
—from "That's Life, Honey" by Gabriella Kuruvilla, Translated by Jamie Richards and Alex Valente, Volume 61, Issue 1 (Spring 2020)

Tell us about one of the first pieces you translated.
The very first piece I ever translated was a story from an anthology of women’s writing: “Matelda” by Elisabetta Rasy. She is a wonderful writer who has been translated very little. Now that the English-speaking world is experiencing a translation renaissance, and Italian is having something of a moment, the gap between the classics and the latest contemporary writing has become more evident. A lot of great work from past decades, centuries even, remains to be rediscovered. And I still adore the book I translated for my MFA thesis, Giancarlo Pastore’s Jellyfish, though I wish I could do it all over again.

What writer(s) or works have influenced the way you write now?
Perforce, translators draw from all forms of language, from the loftiest poetry to the poppiest drivel. I translated a book of interviews that Serena Vitale did with Viktor Shklovsky (if you’re wondering why, it’s a book that only exists in Italian, and if I remember correctly she no longer even had the recordings of the original interviews conducted in Russian), where Shklovsky extols the “living word,” lamenting the silencing of poetry that came with the ascendance of printed text. He doesn’t watch television, he says, but he prefers it to the newspaper. He, like Dante, privileges the word from the street, the vernacular, the unpredictable, malleable, myriad living language as the lifeblood of literary creation.

Translation is all about finding that balance between what people “would say” and “could say.” This is why it’s so exciting when a translation is shaken up by the unusual expression, the unexpected turn of phrase, the obscure word, archaism, regionalism, slang—the same elements that turn your head in any piece of writing. This is what Lawrence Venuti means by foreignization. As you can tell, I am a product of formalism and modernism, and while my educational background is undeniably Eurocentric, I find writers from any tradition where languages and cultures brush up against each other to be the most inspiring for translation, from James Joyce to Nicole Brossard: Chican@ writers, African-American writers, Irish writers, postcolonial writers, Indian writers, queer writers, feminists, writers for whom intersectionality is foregrounded in the writing. Some of the translators I’m inspired by model this defamiliarizing approach in various ways: Susan Bernofsky, Jennifer Croft, Lydia Davis, Michael Moore, Geoff Brock, Edward Gauvin, Don Mee Choi, Julia Sanches… just to name (and recommend!) a few.

What other professions have you worked in?
I’ve been a teacher and was an academic for most of my life. I’ve also worked in publishing and still do editorial and copyediting work.

What drew you to write a translation of this piece in particular? 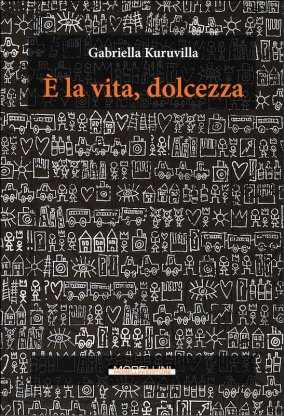 Within Italian studies, so-called “migrant writing” has become a central area of research over the last decade or so, and one I dabbled in academically due to a translation I did. It was around then that I read Gabriella Kuruvilla, an Indian-Italian writer from Milan. I’ve had her work languishing in my metaphorical desk drawer for a long time, and managed to get a story included in the Words Without Borders issue on multicultural Italian writing, a clever critique of white beauty standards called “Barbie.” The collection from which that and the Massachusetts Review story come is a dazzling, ultra-hip, super timely work of contemporary fiction and a primer on how to construct a short story. Now I just need to find it a publisher, something I’ve been working on with Alex Valente, whom I’ve had the pleasure of sharing this project with. Let’s call it polycephalic translation (two heads are better than one!).

Is there a city or place, real or imagined, that influences your writing?
As an emigrant, I am increasingly, irrationally nostalgic for my homeland, and I am haunted by Los Angeles and the environs in which I spent my youth, which influences my aesthetic sensibility, if not my writing directly.

Is there any specific music that aids you through the writing or editing process?
John Gage, 4’33”, on repeat.

Do you have any rituals or traditions that you do in order to write?
The classics: coffee and procrastination.

Who typically gets the first read of your work?
Rotating victims.

What are you working on currently?
Currently I am working on a monumental translation, Dolores Prato’s Giù la piazza non c’è nessuno, which hopefully they’ll let me title "Down the Square No One’s There". I also have a steady stream of comics, most notably Manuele Fior’s gloriously beautiful Celestia.

What are you reading right now?
I read a lot of things at the same time and take a long time to finish, reading mostly in stolen moments. But on my nightstand right now are Jenny Offill’s Dept. of Speculation, Cherrie Moraga’s Native Country of the Heart, Lawrence Venuti’s translation of Daybook 1918 by J.V. Foix, as well as Alex’s latest, Michela Murgia’s How to Be a Fascist (highly recommended pre-election reading). And I’m also reading some exciting books in Italian that hopefully will make it into English one day!