The Next Best Thing: Christine Vachon


Editor’s Note: This post inaugurates a new MR blog series, where we share online introductions given at guest appearances by some of our favorite speakers, writers, artists, and thinkers. Intros are, by definition, ephemeral, but that doesn’t mean they always should be. You’ve all heard great ones, the sort that don’t try to one-up the main event, yet somehow quickly manage to inform, evoke, and celebrate the person you’ve come to hear. With “The Next Best Thing,” of course, you’ll just be reading; you’ll have to wait for another occasion for actual star-gazing. But at least you’ll know who to come out and see, the next time they’re in town. 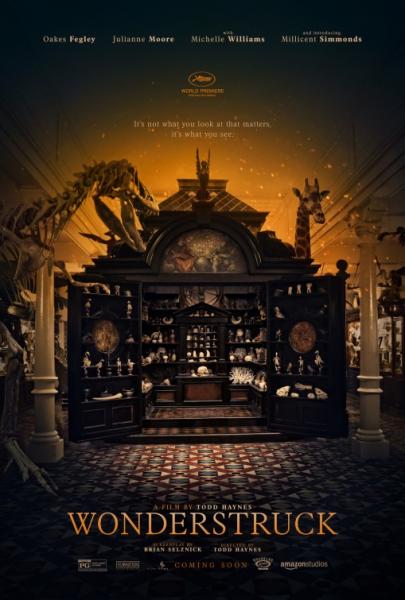 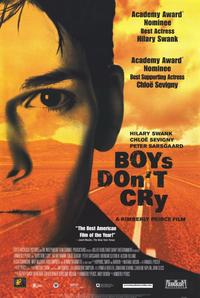 Among the what-if’s of cinephilia are the conversations you have about how some film or another would have been different if. . .

. . . if Bette Davis had been cast in Gone with the Wind instead of Vivien Leigh. . . if Orson Welles hadn’t cast, well, Orson Welles in Citizen Kane. . . if Robert DeNiro and Harvey Kietel’s roles in Scorsese’s Mean Streets had been reversed. . . if Anthony Mann hadn’t been fired from Spartacus and replaced by Stanley Kubrick. . . if Daniel Radcliffe hadn’t been cast as Harry Potter.

Hard as it may be, you can imagine these films being different—less influential, perhaps, simply not as compelling. But now try to imagine Poison, Swoon, Safe, Boys Don’t Cry, Far from Heaven, Still Alice or Carol being produced by someone other than Christine Vachon. Close your eyes. It’s black in there, isn’t it? This is how important to the history and life of American cinema Vachon has been. There is no imagining these vital films as different because without Vachon, they probably would not exist. And one can say that about at least another score of films she has produced. She has multiple projects in development all the time, including, currently, it just so happens, the biopic of the French writer Colette. When I went to the movies with my ten-year-olds this past weekend, we saw the trailer for Wonderstruck, her newest collaboration with Todd Haynes, starring Julianne Moore and Michelle Williams.

So you wonder where she’s found time to share her thoughts about the business of making movies worth making in not one but two books that in a lot of ways are like two of the most compelling movies I’ve read. In 1998, she wrote Shooting to Kill: How an Independent Producer Blasts Through the Barriers to Make Movies that Matter. Almost twenty years later, it’s still the first book I recommend when my students want to know what it’s really like to be part of the process of making our moving-image culture. She tells it realistically, and she tells it righteously. In her next book, A Killer Life: How an Independent Producer Survives Deals and Disasters in Hollywood and Beyond (2007), she shares more of her own life, and more of the Tao of Vachon. Here are just a few of her thoughts:

On New Queer Cinema: “If you’re going speak from a place, make sure you’re not speaking for a place.”

On passion in movie-making: “My rule is that your ambition should always be greater than your money.”

On the AIDS Crisis and movie-making: I actually can’t even start quoting any of it or I’ll cry. She and I are from that generation, and reading her account of those days in New York reminds me that, even though we were devastated and our community decimated, art sometimes actually does come very close to saving lives.

Christine Vachon produced Todd Haynes’s first feature, Poison, which was awarded the Grand Jury Prize at the 1991 Sundance Film Festival—back when the distinction between Sundance and any other festival was much more pronounced. That award not only signaled the arrival of a significant new voice in American cinema, but also confirmed that Queer Cinema was here to stay.

Since then, the founder of Killer Films has produced so many acclaimed independent films that we would have to spend too much of our time with Christine simply listing them. And there are probably as great a number of vital films that don’t bear her producer’s credit but which—in some quiet, crucial way—she helped get from here to there to the screen. A very short list of her productions beyond those I’ve mentioned: I Shot Andy Warhol, Velvet Goldmine, I’m Not There, One-Hour Photo, Hedwig and the Angry Inch, and the HBO series Mildred Pierce.

She is a graduate of Brown University, and has been on the juries of the Sundance and Venice Film Festivals. Vachon has worked across a range of moving image media, and her insights should be illuminating to anyone interested in media, cultural work and its business, and anyone interested in how to change a field that remains heterosexist and misogynist in many ways. The revelations about Harvey Weinstein of this week remind us of that—as if we needed it. And no, this auditorium wasn’t paid for by Harvey, so everyone can just relax.

The last time Christine was here, I could not describe her as a proud Smith parent, but I can today. Her daughter Guthrie started this year, and, because I’m a pragmatic optimist, we scheduled her talk to coincide with Parents’ Weekend—that’s good producing on multiple levels!

Guthrie is her own reward, but Christine has a few material ones as well. She has received the Producers Award from the National Board of Review and an award for Outstanding Achievement in Gay and Lesbian Media from the Frameline (LGBT) Festival. She won the Independent Spirit Award for Far from Heaven, and has been nominated another nine times. She’s also been nominated for Emmys and BAFTAs. And she’s probably going to tell me to stop with the labels and the commendations and just ask her about Really. Good. Films. So I’ll start our Q & A, but I am sure everyone here has lots to ask, so please welcome Christine Vachon.

ALEXANDRA KELLER is the director of the film and media studies program at Smith College. She specializes in the American Western; cinema and the postmodern, avant-garde and experimental film; and the relationship between cinema and other forms of artistic and cultural production, and she has published work on all of these topics.