Port-au-Prince, my love no longer 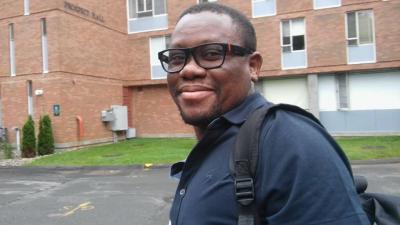 I’ve always loved this country, just as I’ve learned to love the somber colors and the soft scents that waft off the pages of books. I don’t really know why. In spite of the weather, in spite of life’s own inclement seasons, I learned to love it. Sometimes in spite of myself. A love that weighed so heavily on my shoulders, that sometimes I’d buckle underneath it, wary of its raison d’être. It’s been several years now that I’ve questioned the purpose and validity of this love that’s become a burden. Books, however, I continue to love to the point of taking them hostage. I still talk about books I liked or didn’t like, stories I read somewhere in the city—when there was a city and we could walk around in it, sometimes even late, listening to the night’s rumors, melting into its shadows. I read these books standing up in the middle of crowded spaces: in the long line at the bank, alone or à deux in the intimacy of a small room in a love hotel, or on the ocean’s shore, back when we could walk tranquilly down Bicentenaire Avenue on our way to see the blue of the horizon.

Today, I can’t stop crying. For all those friends who left too soon, who never saw the heat of another life-filled day, the rise of a new sun over this country where they grew up and learned to go about their daily lives while bracing coffins under their arms. And those loved ones who were crushed by the passage of time, because they believed in building dreams with the words they learned in books, in selling illusions like the people who peddle fireworks in the city streets every Christmas season.

On Monday morning, February 3, I was shocked at the sight of metal aimed at my temple. And the insults and threats hurled at me stripped away all the humanity, all of the love I had for beings and things. The sky was above the street, I couldn’t see its blueness. Everything was grey, shadowed, and foggy in my head. In the flicker of an eyelid, I felt the earth shake and a monster surge forth from its belly just like in a horror film. It wasn’t Van Helsing, nor the end of the world. It wasn’t science fiction. I was deep in the heart of reality, there, at Delmas 2, less than fifty meters from the CIMO (Corps d’intervention et de matien l’ordre) headquarters. In broad daylight, three men on motorcycles ordered us to give them everything we had in our car. I thought of Schwarzenegger, Seagal, and Snipes, but I was lacking their self-defense skills. My own personal Hollywood in that precise moment was this street, the car, our things inside it, Mirline, and the armed men on motorcycles. No special effects. The lighting came from the morning sun. The set consisted of people passing by, on foot or in vehicles, the police on the other side of the street, the pile of rubbish nearby and the untameable grass that sprouted up all around it.

And on the sidewalk, at the level of the right-side car door, there was a little boy in a uniform, about eight years old, backpack, his two hands covering his lower face, watching. He seemed to be scared, but he couldn’t do anything. I saw a world of despair in his eyes, and the whole future of this country that’s crumbled like a house of cards. Images of that sinister Tuesday the twelfth suddenly reappeared before my eyes. The walls toppling down, structures collapsing into emptiness. And I saw myself too, as a little boy, on the sidewalk alongside my mother facing the old Port-au-Prince cathedral, my hand in hers as she brought me to school. Years later I would meander down these streets, alone or with friends, toward Le Petit Séminaire, then to Luc Grimard middle school, then to Pétion high school near Bel-Air. I used to know this neighborhood by heart, but now I walk through it with fear in my stomach.

In a snap of the fingers, as if by magic, I lost all that remained of this flame of love whose sparks had been struggling little by little to recover. It might’ve been one of the worst and most somber Mondays of my life. It certainly wasn’t the first, there had been others, but none so brutal, so isolating. The worst is when people tell you “What were you even doing there, dears? Don’t you know that neighborhood’s dangerous?” As if there was another Port-au-Prince, another small country. These other Port-au-Princes—I don’t have them. My Port-au-Prince took off through the gunfire— “we shoot miserably in the city” as the poet says. I don’t know what to say or to do on this little island of slaves where life smells of blood and vulgarity. Little boy, the Port-au-Prince that I used to know always had stars in the sky. And fragments of moon in the eyes of children who, from the soft valleys of their pillows, searched east to the place where their dreams gathered at night. I don’t know where I should be. I’m lost, disoriented, idle. There’s no Sherlock Holmes, Miss Marple, or Hercule Poirot living here. I’ll never know the rest of this story, nor what happened to the utopias I’d brought with me on that Monday, the morning after Chandeleur.

There is something about Port-au-Prince that remains with me: a love lost.

SIOBHAN MEÏ is a doctoral candidate in Comparative Literature at the University of Massachusetts Amherst and a lecturer in the College of Information and Computer Science. She is co-editor of the H-Net digital series, Haiti in Translation and her translation with Hyongrae Kim of Baek Imu's Flower Swallows Sing: A North Korean Memoir in Verse is out now with Hollym Corporation.