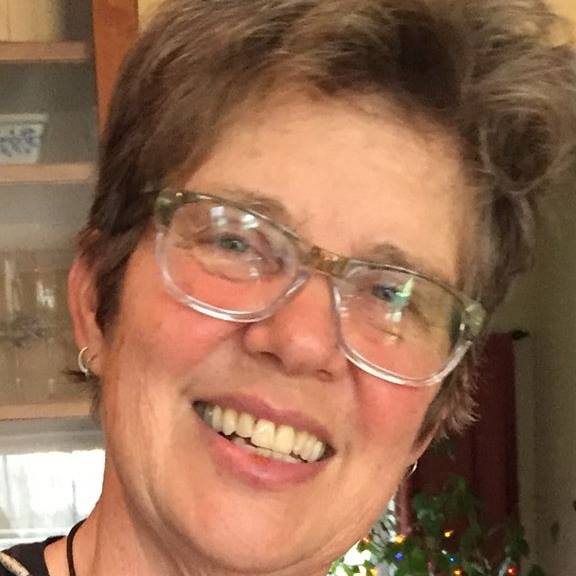 “We do not expect to be bludgeoned by laughter and/or by love
or other pleasantries, and neither do we expect music to be used
on us. . .”

Tell us about one of the first pieces you wrote.
In art class in junior high I wrote a fabulist piece in the voice of a person inside a sock that lifts off into the atmosphere. I remember the shape of it, hand-written on a long, narrow piece of paper.  Perhaps inspired by Dylan’s “Highway 61 Revisited,” or Ferlinghetti’s Coney Island of the Mind.

What other professions have you worked in?
I fed calves, collected and sorted eggs, gathered hay, helped chase loose cows in the middle of the night—all sorts of miscellaneous chores on the family farm where I grew up. Then off to school in Boston where I promptly dropped out and began an illustrious career as a temp worker.  I typed insurance policies for an insurance company, worked as a temp in a pickle company typing dunning letters, and typed address labels and poems on the address labels in the tower of some giant bank.  Good times.  After that, I worked as a nurse’s aide in a nursing home in Pittsfield bringing home maybe $50-60 a week working full time.  It was a turning point; I went back to school.  Since, I have taught at various colleges, and I also teach in the Antioch LA MFA program.

What did you want to be when you were young?
I wanted to be Joan Baez, playing guitar, writing songs, and leading demonstrations in various cities of the world. I remember seeing Baez on TV at People’s Park in Berkeley and turning to my mother and saying to her, “That’s what I want to do.”

What inspired you to write this piece?
I was stuck in an airport after already being waylaid in some other airport—delays, layovers, missed flights. I can’t remember which or exactly when, but I was exhausted, hoping to find someplace to rest, to sleep, and there was just one strange noise or scene after another and the incessant muzac and airport announcements about taking pets out to pee, and/or not leaving your bags anywhere or security will have to blow them up… Meanwhile, the music noodling into my brain— noodling like the thoughts anyone might wish she wasn’t having. As Jim Tate writes in his poem “You Don’t Know Me”: “Sometimes you hear a xylophone/deep in the forest/and you know things are just not right…”

Is there a city or place, real or imagined, that influences your writing?
Lakes, rivers, fields, woods, oceans, Los Angeles, New York City,  and a dream scape of post-apocalyptic cities and towns with long industrial and water infused views.

Do you have any rituals or traditions that you do in order to write?
No rituals, no traditions. I begin with poems that are in process, and revise first thing whether it’s while drinking coffee in bed in the morning, or later in the day after walking the dog. It’s a warm-up, a way to enter the work on a daily basis.  New work arrives at random however, and I jot down notes. Write what I have whether it’s just a tidbit, or it seems stupid and foolish.

Who typically gets the first read of your work?
Once a month my beloved poetry group, and but often, it’s not seen until I send it out to strangers at various literary journals.

If you could work in another art form what would it be?
I envy painters. I envy singers with magnificent voices, and I also wish I could play saxophone or the drums. I envy rockers who can growl and shout and thump and bang around on stage, and “gnash their terrible teeth…”

What are you working on currently?
Currently I am working on a series of prose poems, a-z and a group of poems meditating on the supposed evolution of our species. I have a manuscript underway entitled Thanks for the Coke.

What are you reading right now?
Vanessa Diffenbaugh’s The Language of Flowers,  Victoria Chang’s The Boss, and I just finished Erik Larsen’s Dead Wake, The Last Crossing of the Lusitania.

CAROL POTTER, author of five books of poetry, is the 2014 winner of the Field Poetry Prize for Some Slow Bees. Potter’s poems have appeared in Green Mountains Review, Field, Iowa Review, Poetry, the American Poetry Review, Massachusetts Review, and many other journals. She has poems forthcoming in Hotel Amerika, Kenyon Review, and River Styx.