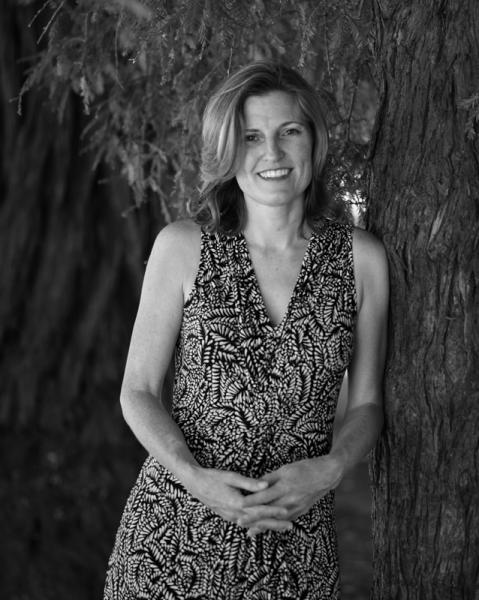 “In the Maltese Church the American kisses
her dark groom and the priest watches
before he grants the blessing
why did the choice land on Prague why on this rainy day
white veils belie nothing
but the girl in the wheelchair wants to make it
over the bridge before the lightning gets going”
—from “Rainy Sun” by Ilma Rakusa, translated by Francesca Bell for the Summer 2017 issue (Volume 58, Issue 2)

Tell us about one of the first pieces you translated.
One of the first pieces I translated is a poem, originally in Arabic, by Bissan Abu Khaled, called “The Orbit of a Possibility.” Because I have no Arabic, I worked with a co-translator, Noor Nader Al A’bed, and this poem was the first very difficult poem we worked on. Through this poem, I fell in love with translating, with its possibilities and even with its limitations and risks, with the mystery of attempting to carry meaning from one language and culture into another. I still remember the thrill of seeing some of my favorite lines from this poem, after great struggle, come clear on the page, almost like watching an image appear on photo paper in its darkroom bath.

What other professions have you worked in?
I’ve been a housewife and mother for the past twenty-five years. Before that, I was a massage therapist, a cleaning lady, a daycare worker, a nanny, a barista, and I also worked in the kitchen of a retirement home.

What did you want to be when you were young?
When I was young, I most wanted to be a mother. I also had a keen interest in being a psychologist, specifically one who worked in a prison. I assumed, from an early age, that I would be a poet on the side of whatever I ended up doing to earn my keep. I seemed to instinctively know, even as a child, that writing poetry wasn’t going to pay the bills.

What drew you to write a translation of this piece in particular?
This poem is part of a nine-poem series, called Praha, about a visit to contemporary Prague. I first read the series in the Austrian journal manuskripte: ZEITSCHRIFT FÜR LITERATUR. I was drawn to the poems by Ilma Rakusa’s way of placing us in the modern city of Prague while also placing us in the history—literary and world— that has moved through it. The effect is surreal, dizzying at times, and is heightened by Rakusa’s omission of punctuation and most capitalization. I tend to write poems that are very concrete and literal, and it was great fun to translate poems of this dreamlike nature.

Is there a city or place, real or imagined, that influences your writing?
I live in northern California, and there is a wilderness area nearby where I run every day. Although I don’t consider myself a nature poet, the Rush Creek Open Space Preserve finds its way into many things I write. I do a lot of the thinking that becomes my writing in that place. I’ve been walking or running there daily for more than sixteen years, and I feel I know the trails deeply, in the manner one can know a person.

Do you have any rituals or traditions that you do in order to write?
I’m embarrassingly dependent on hewing closely to small habits in order to keep myself productive. Before sitting down to write, I like to run; make tea; change into comfortable, ugly clothes; and put on a certain pair of slippers. Once I’m at my writing table, I have four smooth stones I usually hold in my lap while I’m writing, and when I get stuck, it helps to fiddle around with them.

Who typically gets the first read of your work?
I have two dear friends, Barbara Howard and Christina Hutchins, I sometimes call and read a first draft to over the phone. If I’m enthusiastic about the day’s work. If no one answers, I’ll leave a poem as a message on their phones. I have another dear friend, Kelly Cressio-Moeller, I exchange workshopping with. And sometimes, I don’t show anyone at all for a long while. It depends on how solid I feel about what I’ve written.

What are you working on currently?
I try to always be working on new poems in one way or another—either drafting, revising, freewriting toward them, or thinking about things I want to write about in such a way that the thoughts run like a sort of underground current beneath my days. I am also submitting individual poems and am getting ready to start looking for a publisher for my children’s book. My co-translator Noor and I have a full length book of poems by Palestinian poet Shatha Abu Hnaish just out which I’ll be sending round for reviews, and I’m looking for another translating project to start. I’m reading right now in the hope of finding a contemporary female poet who writes in German to work with. Someone who writes dark, edgy poems and has a full-length collection of them I can translate. I’m also laying the groundwork for promoting my first full-length collection, Bright Stain, due out in 2019 from Red Hen Press.

What are you reading right now?
In addition to researching contemporary German poetry, I’m reading fiction, alternating between Cormac McCarthy and Elizabeth Strout. I recently read Anything Is Possible followed by The Road, and I’ve just started Amy and Isabelle. Blood Meridian is up next.