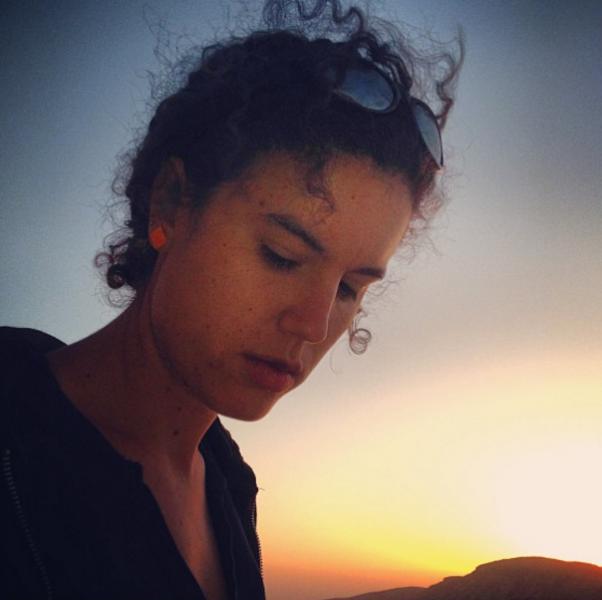 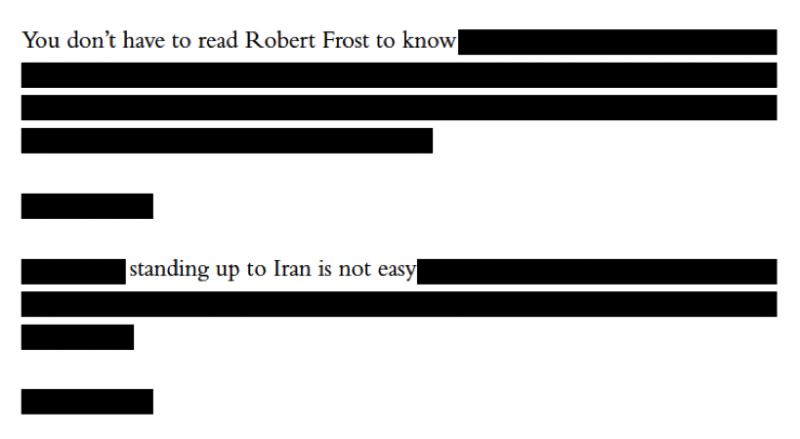 Tell us about one of the first pieces you wrote.

A CO[O]L CAT
(My mama tells me I used numbers as decoration.) 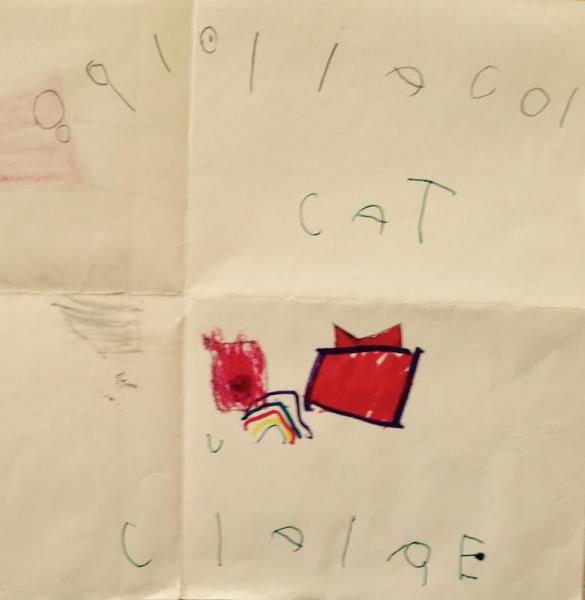 Solmaz Sharif for form as tactic. Ross Gay for his ecosystem of life and loss contoured by gratitude and wonder. Kaveh Akbar who lifts as he climbs. Aracelis Girmay for the coil of her “&” and the buoy of her syntax. jayy dodd for their rigor and recklessness and holy, holy desire. Simone Weil for the prayer of her attention. The Talmud for the beautiful cacophony. Elizabeth Alexander for the straight spine of her poems and her person. Evie Shockley for the discipline of her play. My friend Tony Coleman for the miracle of mail and the heart of something made by hand. The person who wrote “CLOSED” on the door of my favorite coffee shop and sent me straight to the park. The child in the park writing “Jamilah” over and over in the dirt. Everyone with an obsession. June Jordan who asked, “Where is the love?” and insisted that truth is the only map. Sharon Olds for the lifework and steadfast looking of her poems. Sharon Olds for saying, “A person is more important than a poem.”

This piece is a redaction of a speech Israeli Prime Minister Benjamin Netanyahu delivered to Congress in 2015. It was stunning, this rehearsal of decorum in the context of the occupation of Palestine. The entire speech is a performance of magnanimity that further entrenches nationalist/transnational white supremacies by disguising allegiances between the United States and Israel as common sense, balanced, benevolent. Netanyahu said: “I deeply regret that some perceive my being here as political. That was never my intention.” June Jordan said: “In the context of tragedy, all polite behavior is a form of self-denial.”

I made the first draft of this piece black marker-to-paper—its creation, more gut, less reason. Later, the reason. Months after making this poem, I heard the poet Brenda Marie Osbey speak about Robert Hayden’s “Middle Passage.” Hayden draws on court deposition, a language that sterilizes the human horrors of the Transatlantic Slave Trade. The language of the state, Osbey explained, is “language that indicts itself.” Holding my own identity as a white Jew, what can and must my stance be in joining with those working to dismantle the violence that I do, the violence done on my behalf? How might this poem indict the very language from which it was forged?

I have been thinking about the phrase “well-meaning”—how it so often cloaks power and coats violence with something slippery. “Oh, you [person of color] shouldn’t worry about when that white woman touched your hair/asked where you’re really from/[insert white violence here]. She meant well.” “Well-meaning” strips the traction from grievances so they are difficult to address. “Well-meaning,” its own catchall alibi.

I have been thinking about the ways that so often the language of white supremacy doesn’t mean well at all, is wildly—violently—imprecise. The language of white supremacy is not subject to sufficient scrutiny. It displaces the burden of proof. This is the logic by which it is even thinkable to ask, “Did Trayvon Martin have traces of marijuana in his body?” and not, “What does it mean that the law of this country protects the murderer of this black child, that the law of this country is the murder of black and brown people?” This contortion of the burden of proof pins people who know the shapes of this nation’s truest questions to these violent distractions while white supremacy barrels on. Toni Morrison said, “[T]he function, the very serious function of racism, is distraction.” What, then, can poetry—that careful tending of language—offer us as a way to hold accountable the language of power?

In the actual pen-to-paper moments, I tend toward quiet so the music of the language can be primary. But the writing process is large and full of music. I’ve recently been moved by songs about the intimacies of art-making. Jason Moran’s “Cradle Song” and Sampha’s “Nobody Knows Me Like My Mother’s Piano” come to mind.

I’m trying to follow Toni Morrison: “I don't wait to be struck by lightning and don't need certain slants of light in order to write. . .” But I am so grateful to ritual for how it gives form to the formless—how it shapes the vast and unwieldy terrains from which we forge lives. Saying kaddish offers a way to hold grief. Kissing a partner before bed: love. Texting a friend “Good morning”: love. Asking “How are you?” and meaning it: love. Sometimes ritual can offer ground for one more step. Here, amidst it all, your great-great-grandmother’s hand guiding yours as you light the Shabbat candles as she always lit the Shabbat candles. (Of course, ritual has more nefarious possibilities—can circumscribe a “we” and its “others,” narrow your gaze, limit how you envision your becomings.)

Recognizable form is ritual. It says: this has held us before.

I’m interested in those moments where ritual or form unhinges, unspools into something new—language and what language can’t hold. I’m thinking of Gwendolyn Brooks’s “The Last Quatrain of the Ballad of Emmett Till”—how it is not a quatrain at all, but an eight-line stanza; the form the poem claims insufficient to contain the grief of the “killed boy[’s]” mother. Writing, I think, is like that: the form and the form’s inadequacy. We create. We walk into a future on the back of a past that has hurt us, that has held us.

My friend Emily Chu. She is a high school teacher and sees things at once as they are and as they might grow.

I’m working on edits for my chapbook, bound, which is forthcoming from Button Poetry/Exploding Pinecone Press in February 2018. I’m working on my dissertation, which looks at non-figurative representations of the body in the work of Afrodiasporic poets and artists including Kader Attia, Adia Millett-Little, Latifa Echakhch, Terrance Hayes, and Rita Dove. I’m working on being better listener and cultivating patience.

Cameron Awkward-Rich’s Sympathetic Little Monster. From “Essay on the Theory of Motion”:

Get it? Gender is a country, a field of
signifying roses you can walk through, or
wear tucked behind your ear.
Eventually, the flower wilts & you can
pick another, or burn the field, or turn
& run back across the tracks.

CLAIRE SCHWARTZ is a PhD candidate in African American Studies, American Studies, and Women's, Gender and Sexuality Studies at Yale. Her poetry has appeared or is forthcoming in Apogee, Beloit Poetry Journal, Prairie Schooner, and Waxwing, and her essays, reviews, and interviews appear in Electric Literature, Iowa Review, Virginia Quarterly Review, and elsewhere. Her chapbook bound is forthcoming in 2018.