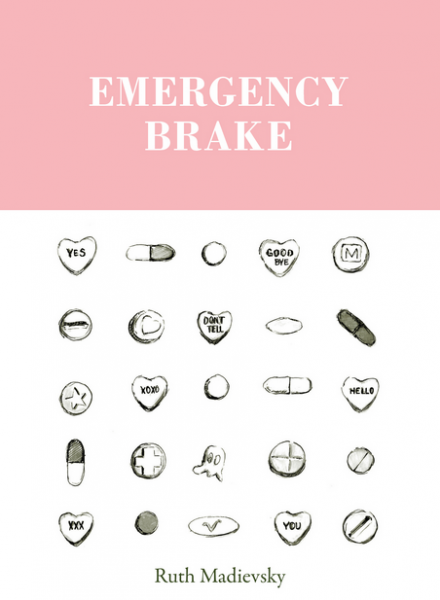 “I wish I knew the answer to the question
the gutted, flipped-over car
on Mulholland Drive is asking, or why the sound
of fingers snapping
fills my mouth with peanuts,
the way I fill my mouth with peanuts at baseball games
at county fairs and long shifts
at the pharmacy, when night hangs
over the windows
like the kind of silk scarf
Russian grandmothers adore...”
--from “Peanuts” which appears in the Spring 2017 issue (Volume 58, Issue 1)

It was probably a shitty love poem, which is what I imagine most poets’ first pieces were. It probably rhymed “green eyes” with “blue skies,” and I probably emailed it to my mom with tremendous pride.

Marie Howe’s "What the Living Do", Terrance Hayes’s Wind in a Box, Richard Siken’s Crush, and Matthew Dickman’s Mayakovsky’s Revolver, to name a few. Lately, I’m also finding that reading poems that I don’t love on the whole but which are doing something that interests me—something syntactic or involving the musicality of the lines—opens up my own writing style in unexpected ways.

I’ll be graduating this year with my Doctor of Pharmacy degree! I wrote my first book, Emergency Brake, while I was in pharmacy school at USC, and I’m looking forward to hopefully having more time to write once I’m a practicing pharmacist with more regular hours.

I always vacillated between pharmacist and writer. My mom is also a pharmacist, and I had a lot of respect and admiration for the ways in which she tangibly improved her patients’ lives. I had this misguided belief that in order to be a writer, you had to commit your professional life to doing only that, and that you would either be wildly successful and wealthy or never-published and broke. I was so pessimistic about my career prospects when I was younger, thinking that I had to choose between a stable, fulfilling career and a passionate but probably fruitless one. I find it funny that as I’ve gotten older, I’ve become less cynical and more open-minded about how a person can be.

When I wrote “Deconstruct,” I was thinking about how intense, all-consuming love carries within it the seeds of violence. There’s something both tender and destructive about wanting to devour your beloved. Celebrating the distinct parts you love about them necessitates a kind of dismemberment. “Peanuts” was a rumination on Wittgenstein’s argument (which I quote in the poem), that “the inexpressible is inexpressibly contained in what is expressed.” It feels incredibly optimistic to me that things which cannot directly be expressed are not inaccessible, but rather, make themselves known through that which can be expressed. I don’t meditate, but if I did, that would be my koan.

The scenery of Los Angeles always makes its way into my poems in one way or another. The unfamiliar neighborhoods I drive through, the interiors of supermarkets and body shops and hospitals are the basis of much of my imagery.

I’m a big proponent of the Ass In Chair method. I never feel particularly inspired to drop whatever I’m doing and write. It’s more of a conscious practice, a commitment to sitting my ass in the chair, opening a blank document, and banging aimlessly on the keys until something interesting happens.

One of my good friends, the poet Jackson Burgess, is usually my first reader. The more workshops I participate in, the more I realize that it’s really special to find someone who knows not only how to read poetry but how to read your poetry specifically. It’s really nice having a friend you don’t have to beat around the bush with, someone you know will tell you that your poem is garbage when your poem is garbage.

Oh god. It’s all a soup of incomplete, book-length projects. I’ve got a linked short story collection about urban loneliness and the opioid epidemic, a second poetry collection, and possibly a book of lyric essays.

Siri Hustvedt’s tome A Woman Looking at Men Looking at Women is one of the most lucid and thought-provoking books of art criticism I’ve ever read. I’m enjoying looking up images of each piece that she references and ruminating for a while over her arguments, rather than tearing through the book in a three-day bender like I usually do. I’m also loving Ottessa Moshfegh’s short story collection, Homesick for Another World, and Jackson Burgess’s poetry chapbook, Pocket Full of Glass.

RUTH MADIEVSKY is the author of a poetry collection, Emergency Brake. Her work has appeared or is forthcoming in Tin House, the Iowa Review, Gulf Coast, Prairie Schooner, ZYZZYVA, Rattle and elsewhere. She is originally from Moldova and lives in Los Angeles, where she is a Doctor of Pharmacy student at the University of Southern California.