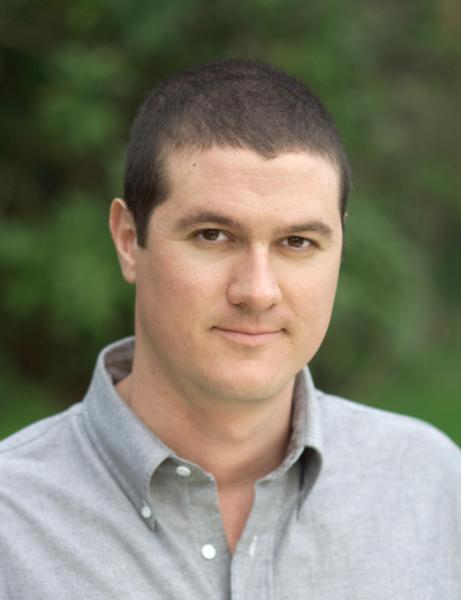 “Coyote clings to the side of a boulder twice as a wide as his splayed body. He thinks he heard something down the slope, a small rock-slide or stick breaking. His fingers hold, but his boots scratch for leverage. Not that big a deal if you fell, though he doesn’t want to fall. He isn’t strong enough to rely on his upper body, instead squeezes the rock with his thighs and inches up like a slug. Good thing he’s light. His fingers find a new crease, and moments later he’s on the boulder, rising to his feet with a whoop at the sun...”
--from “Runner” which appears in the Spring 2017 issue (Volume 58, Issue 1)

In elementary school I basically had my own version of the Hardy Boys living in their own seaside town, chasing their own bad guys with their own chums. Then I have those four or five unpublished books about love, angst, and adventure gathering dust on a shelf somewhere. My first stab at serious literary fiction was a short story based on Texas folklore about a girl raised by wolves. It was really fun to write from that point of view, everything just raw and primal, and I was lucky to have it appear in Whitefish Review.

I was blown away by Tenth of December, by George Saunders, how he does that close 3rd person point of view where you’re so in the head of the characters. I like to write stories set outside, in wild places, so I’ve read a lot of authors who do that well–-Rick Bass, Ron Rash, Ann Pancake, Tom Franklin.

I write about wild places because that’s what I’m passionate about; it’s what I know. My wife used to work at a wilderness program for at-risk teenagers, and a program like that just seemed ripe with possibilities, all these kids and adults with all this baggage they’re trying to work through out there where things get real in a hurry.

I’m most influenced by where I live--Eugene, Oregon--which sits between the Cascade Range an hour’s drive to the east and the Pacific Ocean an hour’s drive to the west. I actually picked Eugene out on a map for just that reason when I moved out from Florida, where I grew up. All the fiction I’ve written over the last five or so years is set within these hundred miles. It’s a wild place, both geographically and culturally.

Back in the day I used to loop symphonies by Beethoven, hoping his genius would subconsciously work its way into my brain. Then for a while I played a recording of a Hawaiian waterfall with birds chirping. These days, between teaching and raising two young children, my life is pretty noisy and I’m happy just with silence.

I’ve always been a night person, and that’s when I like to write. During the school year, I’m pretty exhausted by the time my kids go to bed at 8:00, so I do about a half hour of yoga and calisthenics, which gives my brain a little jolt of oxygen to get me through. During the summer, I get into a routine of writing until about 2:00 A.M. I love it. I know many authors prefer writing early in the morning, but then the business of the day interferes. If you’re on a roll in the middle of the night, nothing gets in your way.

I’m lucky to have two trusted resources–-my wife and my writing group. I use them interchangeably, depending on the material and timing. My wife was an English major who went on to become a clinical social worker, so she knows about stories as well as how people respond in moments of crisis, which is at the heart of any good story. My writing group is also a whiskey group, six great friends who meet every month to toast our creative lives and offer feedback as needed. Between the six of us, we’ve got four writing genres represented. I walk away inspired every time.

My son, who is six, has always been a natural drummer, and we got him a real drum set for Christmas. I haven’t played guitar since college, but Santa got me one, along with an amp, and I won’t lie, it’s been a blast jamming in our garage. The first song we’re working on is “Blitzkrieg Bop” by the Ramones, with his little sister and my wife on vocals. A more realistic passion is photography, which I had really been getting into before my kids were born, when it was easy to spend half my summer living in my pickup truck and my tent, exploring the Northwest with my camera and a notebook.

I’m revising a linked collection of short stories that includes “Runner.” The main thread running through the collection is OWL, the fictional wilderness program. Willow figures prominently in another story, and Coyote is a minor character in a different one. Settings include the McKenzie River, the Oregon Country Fair, and the Oregon Dunes. I’m also writing the rough draft of a novel set about five years after “Runner,” with Willow as the protagonist.

Front and center during the school year is whatever I’m teaching, which is currently The Lone Ranger and Tonto Fistfight in Heaven, by Sherman Alexie. It’s been instructive as an author to see how he executes a linked short story collection, weaving all these characters in and out of each other’s lives. The book I’m reading for myself is The Best American Short Stories 2015, edited by T.C. Boyle. (I’m a year behind and need to catch up to the 2016 version!) I’ve always been a little in awe of Boyle’s writing, how versatile he is, and I love these collections for the diversity of voices, mixing established authors with new ones to discover--just like a good literary journal.

TOM CANTWELL'S fiction has appeared in American Literary Review, Flyway, New Ohio Review, and a handful of other journals. He holds an MFA from the Rainier Writing Workshop at Pacific Lutheran University. Tom lives with his wife and two children in Eugene, OR, where he is at work on a novel.