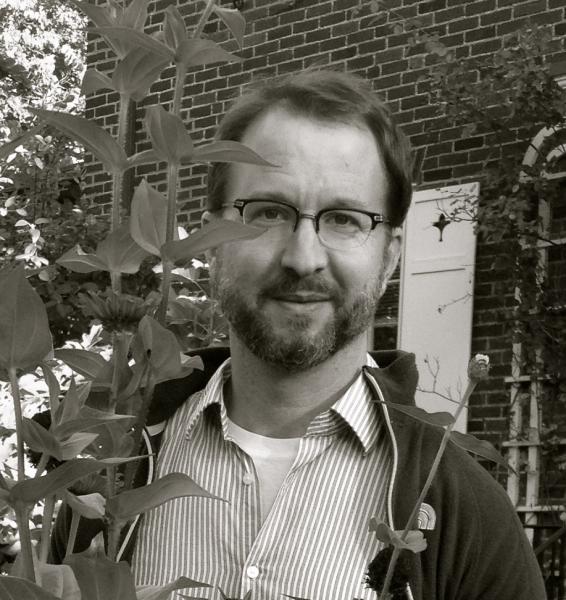 “Barren field, tin sky, couds
the color of clouds. Why describe things
when things describe themselves?

Besides, there’s nowhere to turn
when your shield against despair
becomes its source,”

I don’t remember the first poems well enough, since I wrote them in my last year or two of college (the late 1980s). Then I went to graduate school in philosophy and abandoned poetry. Twenty-five years later, in the fall of 2014, I started writing poems again. One of the first is about cleaning out the cabin of a man who drowned himself in Crater Lake. It’s a straightforward narrative poem without any bells or whistles. Unlike everything else I wrote in the first several months of my reawakening, I still like that one. Apparently no one else does.

Because I don’t have an MFA or any formal training as a writer, I’ve not studied any poet’s work in a deep or systematic way. Still, I guess my sense of what’s important comes mainly from a handful of poems by Wallace Stevens, John Berryman’s The Dream Songs, and much of what Sylvia Plath wrote in the last year or two of her life. At any rate, I find myself revisiting those poems whenever I feel like throwing in the towel. Another huge influence is the cumulative impact of having read hundreds or maybe thousands of contemporary poems over the last two and a half years.

I’ve always made my living through philosophy, first as a graduate student on a miserable little stipend, now as a college professor raking in the big bucks. For a brief period I entertained the fantasy of being a screenwriter, to the point of writing several screenplays and acquiring an LA agent, but I lost faith in my work before it could bear any fruit. Which is just a fancy way of saying I quit.

I wanted to be a well-loved dog on a farm at the edge of the woods. I still do.

I’m not sure “inspired” is the right word. I really needed to express the mood I was in, to capture something of the highs and lows that characterize my malady. It’s something I’ve lived with for as long as I can remember.

Yes, the town where I live. Like many American towns, the outskirts are dominated by sprawling shopping centers full of the ubiquitous chain stores. Many of my poems, like “Igloo”, are a response to the despair that sets in after visiting or even seeing such places. Although I grew up in Alabama and Tennessee, then lived in London, Seattle, and various parts of New England as an adult, those locations don’t seem to appear in my work. Strange. Maybe I should get them in there.

At first light, I rub dirt all over my body, then climb out on the roof and try to give a few barbaric yawps. All I ever manage are some barely audible throat clearings, which is humiliating, so I crawl back inside, sit down at my desk, and surf the internet until the urge to write disappears. After that, I reward myself with a shower.

I actually do work in another art form. I’ve been a potter for many years, and I spend a lot of time in the pottery studio. Or at least I did until this poetry nonsense wrecked my life.

I recently completed a book-length poetry manuscript and submitted it to a slew of publishers, so right now I’m extremely busy keeping track of all the rejections. On top of that, I’m grading papers, preparing classes, meeting with students, staring into space at faculty meetings – you know, the usual academic grind. I haven’t written a poem in ages. Maybe I’m entering another quarter-century of silence.

A bunch of things, but what really stands out is Jennifer Kronovet’s The Wug Test, which was one of the winners of the 2015 National Poetry Series competition. Kronovet is a multi-lingual translator and trained linguist, and her book is a brilliant exploration of the mysterious relationships among language, the world, and us. Her poems somehow manage to combine economy, profundity, and emotional punch. I believe it’s a truly great and original book, full of wonderful and astonishing poems. I’d be deliriously happy if I wrote something like that.

Owen McLeod's poetry recently appears or is forthcoming in FIELD, Missouri Review, New England Review, Yale Review, and other journals. He is a potter and professor of philosophy at Lafayette College, and lives in eastern Pennsylvania.