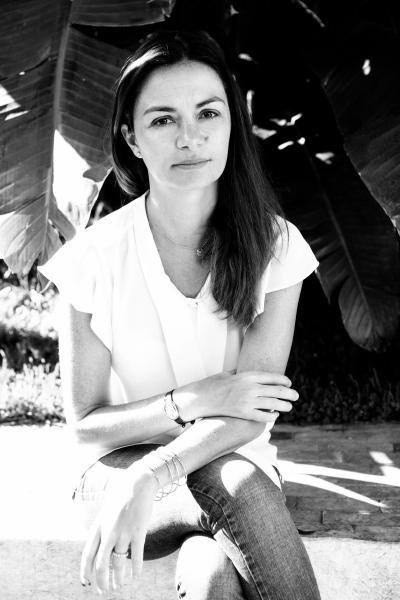 ”BEITHE WAS A LOUD CITY. It had the loudness of a city not yet used to itself. Steel clicked against steel and stone echoed stone. There was no respite from its noise.
On a bend in the road in the center of Beithe, there stood a house. It was known to all the town-dwellers as Anna’s House. Though no one knew why. For in fact, the house belonged to a young woman called Sarah and no Anna was ever seen or remembered to have lived in that house on a bend in the road in the center of town.
And in Sarah’s house, there was silence. The loudness and noise never entered Sarah’s huse. Every day, she would wake up to its quietness and breathe in its lightness. Sarah had quickly taken for granted its quietness and lightness...”
--from “Anna’s House” which appears in the Spring 2017 issue (Volume 58, Issue 1)

It’s a difficult question to answer. As a kid, when I wrote poems or short paragraphs, they were ‘pieces’ to me, although they didn’t mean anything to anyone else, except to my mother and grandfather. I was very proud of them, but there was nothing I could ‘do’ with them, except write them, and watch the pages in the notebook blacken through the days. Perhaps the first piece that meant something to someone, was one I wrote in high school. It was for an English assignment. I had written a text on Anne Frank's The Diary of a Young Girl, and my English teacher, Jack Shepherd, wanted to have it published. For various, complicated reasons, he never got to do it.  It’s the one piece that comes to my mind when I think of writing, in those terms. Finally, because it was hand-written, it’s currently lost. Perhaps it will resurface one day.

The writers that have influenced me the most, the ones that haunt my writing, are: Anne Frank (as you may have guessed from the previous answer), Gabriel García Márques, Franz Kafka and Nathalie Sarraute. The fours writers are all different, but they have all profoundly affected me, and what I think of, wish for, or fear, when I write. Nathalie Sarraute’s memoir, Childhood, is one of the most beautiful forays into childhood, and its irretrievable loss, that I have ever read.

I’m an anthropologist by training. After my degree, I worked at a large company Foundation for a couple of years. Although the work was interesting, the pay decent and the prospects good, I was always unhappy, anxious. I quit a couple of years ago, to become a ‘writer’, which was, as I finally understood, what I always wanted to be. I also teach sociology and anthropology at the Architecture School of Casablanca. Teaching keeps me on my feet.

As far back as I can remember, I always wanted to be a writer. To read and write. At some point, I think I wanted to be an archaeologist.

When I wrote "Anna's House" I was thinking of those of us who are displaced, repressed, disrespected, but who refuse to be laid to rest, to be completely forgotten. I was also thinking about the shared spaces, the shared territories, that most refuse to see as shared, as previously invested, as having legitimate pasts. Finally, I was thinking about what ambition can do to people. The dark, ugly side of success: its arrogance, its carelessness. The feelings of power and entitlement that can be so harmful to the integrity, the softness of the self. I was thinking about how easily, and how fast, lives can change, and futures wiped from under our feet.

I think it’s the city I grew up in: Casablanca.  A sprawling, difficult, ugly city to those who don’t know it well. But one with a vibrant, indestructible urban soul and energy. Also, about an imagined, imaginary place, or memory: a small window in my grandparents‘ home, high up in the wall, looking straight into the night sky.

There is no music, really. I like working in silence. However, there is one musician that I like to listen to when I’m thinking about a paragraph, or a next step in a story. But it’s not exactly about the music: it’s about the relationship to it. When you listen to recordings of Glenn Gould playing Bach’s Goldberg Variations, you can hear him humming in the background. It’s a strange sound. It’s a surprising element, given how technical, mathematical almost, is his rendition of the piece. I imagine he can’t or won’t control the noises he makes, and for some reason, neither can or will the sound engineers.  I don’t know why, but that inspires me, and gives me hope.

I’m lucky because I have a patient and generous family. So, my husband, my parents and my three siblings get to read a ‘finished’ piece first. They then give extensive, and often contradictory, advice and recommendations. More recently, John Fiscella, from Interlink Publishing, who worked with me on my first novel, Dreams of Maryam Tair, also has been close second into looking at my work, once I’ve sifted through all the contradictions from the first readers. He understands instinctively what I’m trying to do.

I have recently finished my second novel and am currently working on a couple of short stories. I would like to get these stories, and others, compiled into a book, as well, in the near future.

I’m currently reading an old book, by a young Swiss author: The Way of the World by Nicolas Bouvier. When Bouvier was 25 years old, in the 1950’s, he and his friend Thierry Vernet, drove their car, a Fiat, from Geneva to the Khyber Pass in Afghanistan/Pakistan. The Way of the World is the book Bouvier wrote recounting their travels. I say it’s an ‘old book’ because the world they are describing, which is our world, was still at its beginnings, and today, it would be unfortunately impossible to think of taking a Fiat and driving from Geneva to the Khyber Pass… There are always blocks, it seems, to this kind of adventure, of truly free enterprise: no publisher wanted to publish his book and Bouvier self-published it. It became an instant classic.

MHANI ALOUI is a Casablanca-based writer and anthropologist. Her first novel, Dreams of Maryam Tair, received the Independent Publisher Book Award and the Indiefab Award. After ten years of living up and down the American East Coast, she moved to Paris and settled for a little while on the Rive Gauche, where reading and writing were still part of the romance of the everyday. She now lives in Casablanca, the city she grew up in.