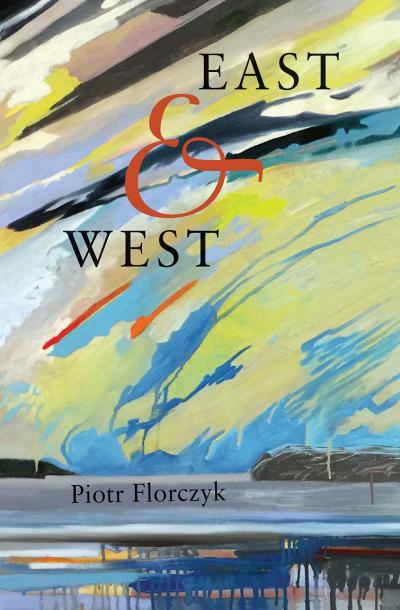 There is no denying that Polish poetry occupies a special place in the United States. Embraced by non-specialists and critics alike, the works of Czesław Miłosz, Wisława Szymborska, Zbigniew Herbert, and Adam Zagajewski have played a role in shaping the aesthetic of American poetry in the twentieth century. Anecdotal evidence sugg ests that today’s emerging poets also read the Polish masters, finding the historical and moral context that marks much of Polish poetry available in English not obscure, but germane.—from "East Meets West: On Polish and American Poets in Coversation," Volume 60, Issue 3 (Fall 2019)

Tell us about one of the first pieces you wrote.
I started writing creatively in high school. Those pieces, mainly poems, were no more than doodles of thoughts and emotions swirling in my brain. None of them survive to this day, but I’m certain I wrote about Nature and History, both of which have always fascinated me. This was soon after I’d moved to Southern California from Kraków, Poland, where I was born and raised, so I wouldn’t be surprised if I also wrote about being homesick. As for my first poem that made it into print? It was a short lyric entitled “A Romantic Dream.” I wrote it during my sophomore year of college, and it found a home soon after.

What writer(s) or works have influenced the way you write now?
As a translingual writer—I write and publish in English and in Polish—who’s trying hard to stay abreast of literary developments in the U.S. as well as in Poland, among other countries, I have been shaped by a whole slew of American, English, Irish, German, and Polish authors. There is really no way to single out one author or work, though I could do worse than to mention, in no particular order, Charles Simic, Sandra Alcosser, Czesław Miłosz, Adam Zagajewski, Elizabeth Bishop, Julian Kornhauser, Paul Muldoon, or Ciaran Carson. Also, there are plenty of American and Polish poets of my own generation whose work I admire deeply and return to time and again. What draws me to their work is the sheer inventiveness of their craft, though I should immediately profess in believing that all poets are, or should be if they aren’t, promiscuous in their reading and their writing. I’m a huge fan of stylistic and thematic variety; I don’t champion one style or school over another.  Lastly, I should mention that much of what I read isn’t poetry or literature per se. For instance, I have a BA in history and reading history books, both scholarly and those intended for the general reader, is my guilty pleasure. Ditto books on politics and architecture, not to mention texts on translation or cultural studies. What can I say— I’m a humanist through and through.

What other professions have you worked in?
In my former life, I was a serious competitive swimmer, who upon graduating from college became a swim coach. I lasted only one year as a professional coach, but swimming has continued to play an important part in my life. These days I coach one workout per week for one of America’s largest masters swim programs, which is based here in Los Angeles. My workouts, as a matter of fact, reflect, I think, what I’ve said about poetry: intricate, multi-park sets take precedence, but there is time for drills and straight-forward sets as well.

What inspired you to write this piece?
In addition to writing poems, I have translated quite a bit of Polish poetry into English, so the subject of literary influence spanning countries and languages has always interested me. Ditto the aspect of what gets translated and why, and why some of it finds an audience and some doesn’t. This is especially interesting when it concerns translations of contemporary works. I imagine fewer people would questions the need for classics to be translated and re-translated, but that’s not the case with authors who are in, say, their forties or fifties and remain largely unknown outside their countries or literary communities. I translate their work because I believe in constantly revising the canon of Polish poetry in America, not to mention that I learn a great deal in the process and hope that my American peers catch the bug as well, which is actually my ultimate goal. The poets I mention in my essay are the proof that translation can have a huge effect on the literary culture in any country.

In more concrete terms, the essay stems from the work I’ve done for my doctoral degree at the University of Southern California. In my dissertation, I look at, in addition to exploring various theories of translation and the so-called world literature, the amazing conversation that Polish and American poets have engaged in since the 1960s. The essay is excerpted from the chapter on Poles translating the New York School poets starting in the mid ‘80s. This may sound absurd, but there was a time when many emerging Polish poets revered Frank O’Hara and John Ashbery more than their own elders. In fact, something similar took place in America in the ‘60s, when Poles and other East Central European poets were being translated and written about en masse. As a scholar and a fellow practitioner, I am fascinated by the mechanisms that make that kind of fruitful conversation possible.

Is there a city or place, real or imagined, that influences your writing?
I live in Los Angeles, the city that so many people love to hate. I’m definitely its fan, finding myself drawn to its syncopated rhythms and contradictions. Likewise, the city of Kraków, where my parents and dear friends continue to live, remains an important point of reference for me. I feel more connected with LA, I suppose, since this is where I and my family live, but, as other writers have pointed out, the landscapes of our childhood are forever etched on our minds and hearts.

Do you have any rituals or traditions that you do in order to write?
While I agree that we can’t always tell where our best writing comes from, I have never thought of writing as some kind of magical activity requiring a special mood or atmosphere for anyone to engage in. Like most people, I juggle multiple responsibilities at home and at work, which means I write whenever and wherever I can, though I do try to write something/anything every day. I also read a ton, a lot more than I write, in fact, and reading often propels me into writing a thought or an image down that, if I’m lucky, becomes that first kernel of a larger piece.

Who typically gets the first read of your work?
I always bug my wife to read my early drafts. She’s not always happy about it, but I value her feedback tremendously. As for my Polish-language writing—my wife can’t read Polish—I often don’t show it to anyone until I myself am convinced there is something in it to be shared, at which point I email it one or two trusted readers in Poland.

If you could work in another art form what would it be?
I consider myself a very visual person. I’ve always enjoyed taking pictures, so taking up photography would be a natural step for me. I also wouldn’t mind having a chance at working in film. And now that I think of it, I would love an opportunity to write a play.

What are you working on currently?
I am putting final touches on my second volume of translated poems by Jacek Gutorow, which will be published by Britain’s Arc Publications in 2020/21. I am also working on a volume of translations of poems by Jerzy Jarniewicz, which I hope to start sending out to publishers early next year. Then there is a volume of my own poems, entitled From the Annals of Kraków. This work is dear to my heart, as it stems from the time when I served as a fellow at USC Shoah Foundation Center for Advanced Genocide Research, where I immersed myself in Holocaust testimonies by people from Krakow and its vicinity. On my first day at the Foundation, I was literally overwhelmed by the thousands of testimonies archived there, so I quickly decided that I will exclusively use “Krakow” and names of villages in its vicinity as my search keywords, in order to narrow my focus. Consequently, I ended up watching numerous videos where the survivors mentioned places I know! Many of the individual poems have appeared in magazines, so I’m hoping to find a publisher soon. Of course, then there are essays and new poems and more translations and critical articles I’m tinkering with. It’s a never-ending process, but I wouldn’t have it any other way.

What are you reading right now?
The Irish poet and writer and translator Ciaran Carson died last October and I’m reading his latest selected volume, which I’m going to write about for New Hibernia Review. Victoria Chang’s forthcoming volume Obit has been a joy to read and reread as well.  On the scholarly front, I’m almost finished reading Doris Sommer’s Bilingual Aesthetics; I’m leaning on it to illuminate some of the issues pertaining to writing in an acquired language, which is the focus of my latest critical article.

I also came back recently from a quick trip to Poland, where I picked up a number of excellent titles I can’t wait to crack open. Then there are magazines, in Polish and English, that I subscribe to or receive as a contributor. I could go on and on…

PIOTR FLORCZYK'S most recent books are East & West, a volume of poems, and several volumes of translations, including I’m Half of Your Heart: Selected Poems by Julian Kornhauser and Building the Barricade by Anna Świrszczyńska, which won the 2017 Found in Translation Award and the 2017 Harold Morton Landon Translation Award. A doctoral candidate at the University of Southern California, he is completing a volume of poems based on Holocaust testimonies entitled From the Annals of Kraków.