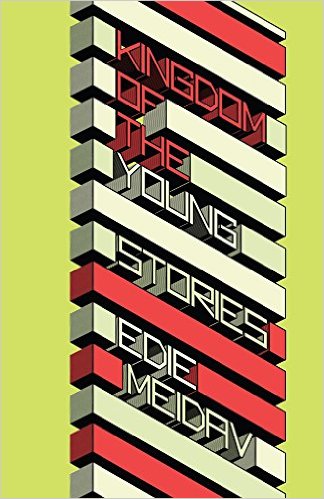 "That morning, I had not exactly been spying on the Christian girl taking her bath outside in the strange area my father had rigged up for her, because though it had been permissible for him to get by the women of the house the idea of this young girl who lived with us and who ate with the children, who helped us for some vulnerable reason everyone protected which I didn’t understand, no one let her bathe where other women did or use the same small chamberpot since both her bathwater and waste were to be poured out elsewhere and so avoid any mixing with ours. In this way we stayed apart: otherwise her muslin dresses and water-harshed hands were ours as were her apples, jokes, and tendrils of hair escaping her bun..."
--from "The Christian Girl" which appears in the Spring 2017 issue (Volume 58, Issue 1).

I began by improvising on the piano, long hours of my life spent imagining all sorts of stories while playing.  As poets and translators and many fiction writers know, language aspires to the condition of music which itself aspires to the condition of love, especially if we say that love is the breakdown of separation between people. Consider the shamanic transport you might have known at a good concert! My first published pieces were poetry, but an excerpt from what became my first novel came out in The Kenyon Review (“Into the House of Desire”) and was, accordingly, broken into musical sections because of some love of silence and the pause. Right now, I seem in love with the long, propulsive and time-swallowing sentence that gathers bits of the world in its wake.

In this love of propulsion, I may have been influenced by these writers: Gaddis of The Recognitions , though I love those musical writers of all sorts, those who work in sentences long or short: Grace Paley, Ralph Ellison, Nabokov, Faulkner and Morrison. Gina Berriault, whom people don’t talk about much anymore. Kundera, even in translation, who can be read in some way as a distant and spooky great-uncle of Ferrante. I thought I aspired toward minimalism - J.M. Coetzee, Denis Johnson - and probably still do but meanwhile I seem to be in love with the long sentence. Work that engages with our current social reality engage me as well: most recently, I admired Viet Thanh Nguyen, Sunil Yapa, Mohsin Hamid, Jeanette Winterson, Monica Ali, many others.

The musicians I have admired have included Erik Satie, Habib Koité, Chaka Khan, Debussy, Cat Power, Sharon Jones, Neil Young, perhaps too many to name. Half the time I am searching for urgent authenticity, the other half for brilliant whimsy and story.  Seems as if I have loved many Canadian musicians.

Once I loved these painters:  Cy Twombly, Frank Auerbach, De la Tour, Daumier, Degas, Sigmar Polke, Helen Frankenthaler, Right now I am very interested in the work of sculptor Jarrod Beck. Once I loved these films: Wings of Desire, Breathless, Vagabond, The Lives of Others, The Dreamlife of Angels, so many others, and I am looking to be thrilled again.

On a monthlong grant in the Nicoya Peninsula last February, though my Spanish is passable, I had mistaken the word ventiladora to mean the following: a place in which one could be cool. Since everyone in my family was in our small place suffering from the heat, one morning I went to the one well-fanned place nearby, a cafe with a waiter so happy to have given up the post-austerity stress he knew in Italy, he believed he had found his destiny in this sleepy beachfront town. In that happy cooler spot, I thought both about summoning up a distant and yet intimate memory in the coldest place I could conjure. What appeared were memories of my late father’s stories about his earliest years in Poland, from 1930 to 1933, and then I felt free to invent a little: the story was written in a few hours but revised greatly afterward.

Is there a city or place, real or imagined, that influences your writing

Calvino’s INVISIBLE CITIES with its touted qualities of speed and lightness remains for me a fictive ideal. I also often wish I were crossing a bridge in the Marais, or walking some ocean bluff in Brittany, Maine, Salvador, Point Arena or anywhere.

Right now I am listening to David Rothenberg and Marilyn Crispell’s collaboration on ECM, an improv clarinet and piano colloquy capable of sparking happy thought. Sometimes I have listened obsessively to Jordi Savall’s rendition of medieval Spain, including the Sephardic community in my own lineage, and have for a long time loved medieval Spanish music, or at least our latterday understanding of it. I also often love to listen to Usted Fateh Ali Khan, Habib Koite, Nusrat Fateh Ali Khan. When I’m not writing, there is a whole host of storytelling singers I love.

Once I used to have tea, write a few pages from my dreams and life, and write down that day’s intention, aiming to write 1000 words a day as a way to cheat the writerly superego. These days I feel lucky when I get to the garden shed where I do my best work; often I am writing in a cafe, partly to find a wee wedge of space from the chaotic pleasures of a household with two children.

I am looking for that person! It could be you!

Theater, film, musical opera. Poossibly collage and painting at the end of my life.

A novel, but alongside that: short stories, two scripts, and other belle-lettristic forays: I do love conceiving of genre as being as fluid as gender. A novel on Cuba and boxing, based on having lived in Havana back in 2011, is now being submitted to publishers.

Why so many projects? From painting I learned that it is useful to have several canvases going at once; the oil dries on one while you are seeing the touch-ups needed on another.

The novel that has meant the most to me recently was Nguyen’s THE SYMPATHIZER as well as  Beatty’s THE SELL-OUT, books that read as lapsed Ellison/Nabokovian bastards. I wrote about them here:

I have also been contemplating non/fiction, have been teaching it for a while, reading and teaching people like David Shields, Lauren Slater, and so many other exponents of hybrid genre.

But in answer to your question, Cavafy. I am about to go spend four months on a Fulbright looking into Hellenism so wish to steep myself in the world of this modern-minded poet who understood exiles, refugees, the alternate queer world and more, long before his time. The people I would like to also be (re)reading: R.K. Narayan, Celan, Paley, Alexie, Sei Shonagon, Faulkner, Morrison, Bishop, James.

EDIE MEIDAV is the author of Kingdom of the Young, Lola, California, and other books. She teaches in the MFA program for poets and writers at the University of Massachusetts Amherst.