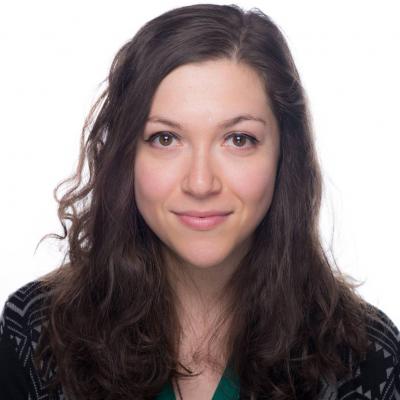 “In Long Island, I prepared to do a mitzvah. My breakdancing crew didn’t ask me about the bombing in Dallas yesterday—the news more front-page than the San Diego ICE raids or the Dominican kid shot in the Bronx last weekend. Just as I didn’t ask which of my boys were undocumented. Maybe they were all citizens; maybe I was a racist. I was the token white boy in their b-boy crew—me and an Asian girl brought the diversity. Yet because I was Jewish I threatened the racial superiority of those Dallas skin-heads, their bald heads crackling in the Texas heat like pork rinds.” —from “Doing a Mitzbah,” Volume 60, Issue 3 (Fall 2019)

Tell us about one of the first pieces you wrote.
“Scream, Scream, Lima Bean!” circa 1994: A lima bean—from a family of screaming lima beans, what else—didn’t want to scream. If I recall correctly, it ended with him and his family living “screamingly ever after.” Feels telling that in second grade, my happy ending involved a protagonist giving into familial pressure and never looking back.

What writer(s) or works have influenced the way you write now?
Especially in my college years and younger adulthood, Haruki Murakami. In addition to his refreshing bizarreness, I really appreciate the all-encompassing and strange but oddly calming mood of his stories. Over the past few years, a few books have stuck with me for their power of both narrative and language: The Poisonwood Bible by Barbara Kingsolver. An Untamed State by Roxane Gay. The Underground Railroad by Coleson Whitehead.

What other professions have you worked in?
My day job involves writing, too, but of a very different sort. For most of my career, I’ve been a writer/editor for online personal finance content. At the moment, I’m the editorial director at a startup called Fabric.

What inspired you to write this piece?
Sometimes, when I’m looking for inspiration, I’ll read short works in literary journals and pull out a few aspects to inform writing of my own. In this case, I was inspired by "Zapata Vive, La Lucha Sigue" by James Foley, which appeared in this magazine, Volume 56, Number 1, Spring 2015. In addition to the pathos of reading Foley’s work posthumously, I was struck by a few elements of his story—structural inequalities and societal unrest, as told by a narrator who’s in it but also not part of it. His narrator is trying to follow his conscience but also made me feel a sense of dislocation, of belonging to neither group of “them.”

Layering on top of that “writing prompt,” this piece is strongly inspired by my husband. He’s a b-boy and a Jew, and those identities are neither directly conflicting nor well harmonized. While he’s never danced at a “mitzvah,” his crew performs at a lot of them, Hasidic costumes and all.

To a lesser extent, I’m also acquainted with this sense of dual identity. I went to a high school in Miami that was overwhelmingly Latinx, where I was the token white, Jewish girl. I was wealthier than most of my classmates and didn’t quite fit in, but also made some great friendships. Meanwhile, my friends in the Jewish community lived in far more affluent neighborhoods and were fully ensconced in their milieu, and I strongly felt as though I didn’t belong with them, either.

Is there any specific music that aids you through the writing or editing process?
It depends on my mood and what I’m writing. I feel like I’m supposed to talk about Bach here—but it varies. If I listen to something too “concentration-y,” though, I can acquire a sort of frenzied energy, and I find I write better when I’m a little looser. While working on a novel a couple years ago, I’d wake up early and listen to Solange. Right now I’m listening to Beyoncé. I guess the Knowles sisters spawn creativity.

Do you have any rituals or traditions that you do in order to write?
On Sunday mornings, my husband watches our daughter for a few hours so I can go to a coffee shop to write. That’s one of the most important parts of my week. I struggle to write when I have a ton of to-dos on my plate and circulating in my mind, so it’s helpful to get out of the house. Does “taking care of my life before sitting down to write” count as a ritual? It’s one I wish I could leave behind.

Who typically gets the first read of your work?
First, my husband. He sometimes shares thoughts, but mostly he reads as a supporter and to encourage me to keep writing. After that, I show my work to my writing group, a couple really talented women writers who give excellent feedback.

If you could work in another art form what would it be?
Visual art. I loved drawing throughout my childhood and still do it very occasionally, but it’s a pretty left-brained activity for me: meticulously documenting every last detail in the tableau before me. I wish I could infuse drawings with more creativity; it’s always felt like a secret shame that I’m terrible at drawing from my head.

In another life, it would be fun to be a fashion designer on Project Runway.

What are you working on currently?
I’m currently querying a speculative fiction manuscript with my talented co-author Lorraine Boissoneault (whose short fiction has also appeared in the pages of the Mass Review). Separately, I am working on a literary novel about family and siblings and mental health—deconstructed and interlinked stories in the vein of A Visit From the Goon Squad by Jennifer Egan.

What are you reading right now?
My secret shame is that I feel constantly under-read, especially when talking to literarians. I’m currently reading Americanah by Chimamanda Ngozi Adichie and All the Light We Cannot See by Anthony Doerr, plus nonfiction in the New Yorker and way too much political news coverage.