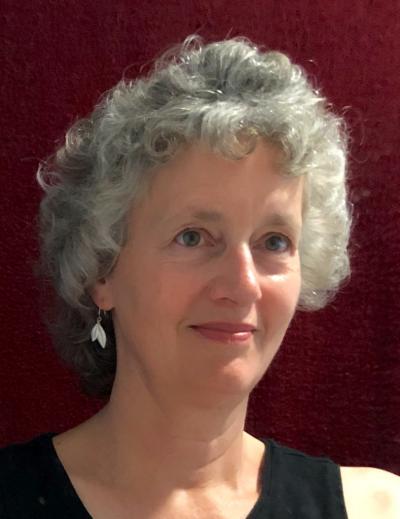 “My Dad took me out of kindergarten before the end of the semester, and we flew to Europe. We’re American, but 1961 was a good time for us to be out of the country. My father, C. Wright Mills—a sociologist and pioneering social critic—was embroiled in troubles, both political and personal.” —From "Up in Smoke," Summer 2019 (Vol. 60, Issue 2)

Tell us about one of the first pieces you wrote.
In my early twenties, I wrote poems about my love life and nature in a small sketch pad, using different colored inks.

What writer(s) or works have influenced the way you write now?
I love books that blur the lines between genres—memoir blended with journalism, history, and biographical aspects or fiction that features history and social criticism. A couple of my favorites are: In the Darkroom by Susan Faludi and The English Patient by Michael Ondaatje.

What other professions have you worked in?
I was a community organizer and advocate for several years. After that I had a long career working for a publishing company, Houghton Mifflin Harcourt, mostly as head of their trade contracts department. In my spare time over the years, I took classes in photography, writing, and patchwork quilt-making. At one point, I put away my scraps of fabric, and began gathering scraps of writing--my father’s letters. After almost five years of work during evenings and weekends, the result was published by the University of California Press: C. Wright Mills: Letters and Autobiographical Writings, which I edited with my half-sister, Pamela. In 2017, I retired early from my job so I’d have more time for my projects, especially writing.

What inspired you to write this piece?
My parents. My mother’s scope was more modest than my father’s, but they both were unafraid when it came to confronting problems directly and honestly. That’s what I tried to do when I wrote “Up in Smoke.”

Is there a city or place, real or imagined, that influences your writing?
The green cinderblock home my father and stepmom, an artist, designed and built near a reservoir in Rockland County, New York, was a beautiful place with water views, full of creative energy and good memories for me. It doesn’t exist anymore. A new owner tore it down to make way for a bigger house, but I remember it well.

Is there any specific music that aids you through the writing or editing process?
Yes, Pachelbel's Canon in D Major and Bach’s Brandenburg Concertos help me concentrate. To me they sound serene, optimistic, and powerfully well organized. They build a wall of music around me, blocking out other sounds or moods from wherever I am.

Do you have any rituals or traditions that you do in order to write?
Like a lot of people, I sit down with a cup of coffee or tea. When I’m writing something difficult, I like to start early in the morning right after breakfast, when I’m still in pajamas.

Who typically gets the first read of your work?
My writing group—several people I had the good fortune to meet at GrubStreet in Boston. We took the same nonfiction writing class.

What are you working on currently?
I’m working on a book that’s partly a memoir about my unconventional childhood and coming of age and partly an investigation into my parents’ lives and times. My father was C. Wright Mills, a sociologist and controversial public figure, and my mother was Ruth Harper Mills, a statistician with bipolar disorder who worked with him.

Kathryn Mills is C. Wright Mills’s daughter with Ruth Harper Mills, the statistician who worked with him on White Collar and The Power Elite. She collected, selected, and edited C. Wright Mills: Letters and Autobiographical Writings (with Pamela Mills), and has given readings and talks based on her father’s letters and writings in Austria, Canada, Norway, and the United States. She visited Cuba twice on people-to-people tours organized by her alma mater, Hampshire College. She worked for Houghton Mifflin Harcourt, most recently as vice president, contracts, trade publishing. She studied creative nonfiction writing at Grub Street in Boston. She is working on a memoir.