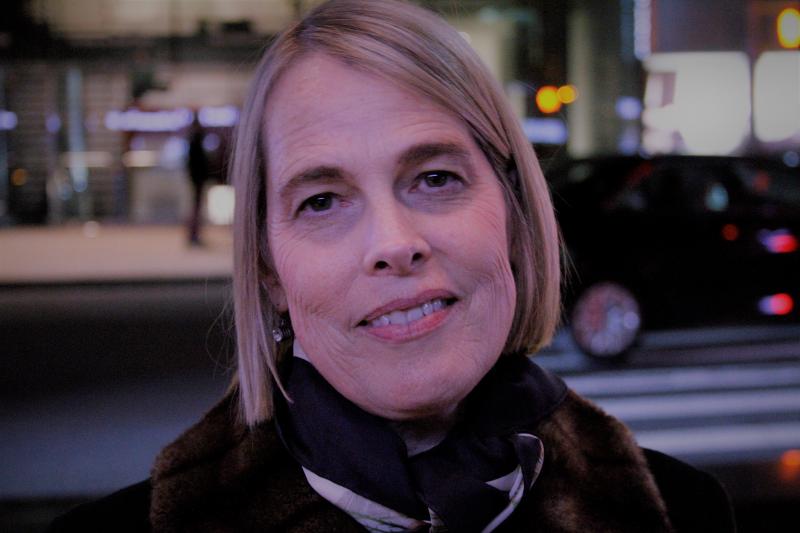 "The x could have been
anything at all,

the sound of wind chimes,
a gong, a choir, a cantor,

In general, it takes me ages to write a poem, as each piece goes through multiple edits over a period of months but there was one exception. My first publication in a professional journal, Alaska Quarterly Review, was a poem I wrote for a class assignment while I was doing my MFA. I’d been sick a lot that semester, hadn’t finished my homework, and I was nervous about it. Then something magical happened. About half an hour before class, on the same morning it was due, the poem (entitled “x”) spilled out onto the page all at once. It was fully formulated and hardly needed any editing at all. I keep hoping, but it’s never happened again. Nothing close.

I’m currently writing a volume of poetry inspired by math and physics, so I read lots of books on astronomy, particle physics, Einstein’s relativity, and string theory. Alan Lightman’s work has influenced me more than most. He’s the rare scientist who also writes fantastically gorgeous prose. His recent book of essays, The Accidental Universe, is my favorite for its grace, intelligence, and poetic thoughtfulness. I also love the writing of astrophysicist Janna Levin who is super smart and compulsively readable, as well as the mathematician David Berlinski, who is quite witty, if you like that sort of thing in a math book.

My last job was in a large publishing house, mostly writing catalogs and book jacket copy. I’ve also worked in several independent bookstores. I’ve always loved books, and when I’m feeling maudlin, I entertain regret that I missed my true calling as a librarian.

I wanted to be a scientist, like Marie Curie or Albert Einstein. But I had other interests, too, and so after a brief stint in the corporate world writing computer code (which wasn’t right for me at all), I left to travel the world and explore my interests in language, art, music, and world religion.

My writing studio is directly across the street from a small park in San Francisco, which was where a homeless man spent most of his time until he died last year. He had a most peculiar laugh, and he laughed frequently, which was surprising and admirable given his circumstances, though I have to admit that when he first moved into the park, I was annoyed. I like quiet when I write, and I found his laughter distracting and very, very loud. But there was nothing to do about it, so I began to sit back and listen to him, and when I did, something changed: I realized that his laughter was always precise and really quite musical. It became like a mindfulness bell for me, or a metronome, something I looked forward to, something I came to count on.

Most of my work is set in San Francisco, where I’ve lived for most of my life. San Francisco’s trees and flowers and birds color most of my writing. When I write about childhood, it’s all about Michigan, where I grew up. Presently I’m in New York where my partner is on sabbatical, and so this city is in every poem I write, which is a refreshing change for me.

When I was working on “Variable,” I frequently listened to the Nubian Egyptian musician Hamza el Din.

I love to get up in the wee hours of the morning to write. I go to bed early so I can get up and three or four in the morning, an hour when the house is quiet, no one calls or texts, and it feels like I’m all alone in the world. It’s when I do my best work.

I have the incredibly good fortune of having a spouse who is not only a brilliant writer and editor, but she also studied poetry as an undergrad. She’s indefatigable, and will read my stuff as many times as I hand it to her.

I’m at work on a short cycle of poems about being in New York after this insane election. I usually don’t write about current events, but place is essential and this political moment is quite extraordinary, so I’m seeing where it takes me.

Time Travel by James Gleick and My Emily Dickinson by Susan Howe. For fiction (I always read fiction, too) A View of the Harbour by Elizabeth Taylor, who is, in my view, one of the most underrated authors of the twentieth century.