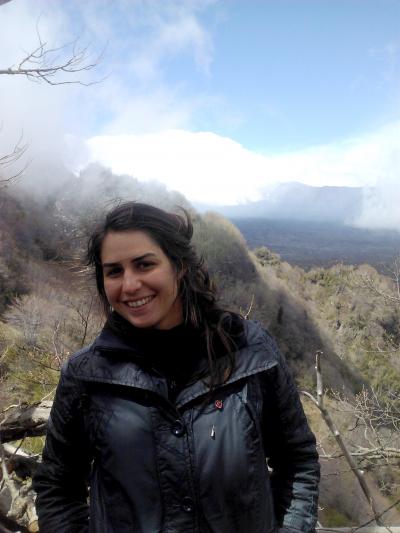 The narrator of Call Me Zebra (CMZ) sees herself as part of what she calls the 0.1%, a tiny fraction of the population that engages with the world through literature. Would you say that this 0.1% is a privileged group?
It depends on who is answering the question. Zebra, Oloomi the writer—or me, the other Oloomi? Zebra’s father, Abbas Abbas Hosseini, an eccentric literary genius, drills into her a message that shapes her entire belief system. He warns that, “The world’s numbskull intellectuals, which form 99.9% of all intellectuals, will feed you lies.” So, naturally, once he is dead and buried, the notion that it is her duty to do the work of the 0.1% shapes the way she conducts all of her intimate relationships. For example, if Ludo Bembo, her philologist lover is in fact a 0.1 percenter, then he may be worth her time; if not, then she’ll have to sacrifice their relationship to the dark pits of history. So, if Zebra is answering the question, then she’s asked me to tell you that the 0.1% is indeed a privileged group because they have a monopoly on truth! In writer Oloomi’s view, Zebra is privileged and cursed in equal measure. And, in my view, the other Oloomi, which counts little here, is that Zebra is every (wo)man: our strength is our greatest weakness but, more importantly, our greatest weaknesses are often our greatest undiscovered assets.

The narrator also lives immerged in what she calls the Matrix of Literature, as she thinks through, and occasionally re-enacts, aspects of the works she has read, copied, recited, memorized. Living in this literary matrix brings her epiphanic moments, although Zebra also finds herself in many awkward and funny situations. In this respect, your novel made me think of Montano’s Malady, by Spanish author Enrique Vila-Matas, which revolves around a character whose existence, like Cervantes’s Don Quixote, is also fatally and often comically shaped by his not being able to distinguish between life and fiction. Is being part of that 0.1% something inadequate, even comical?
What Call Me Zebra shares with Cervantes’s Don Quixote and Vila-Matas’s Montano’s Malady (one of my favorite books!) is that they are philosophically driven novels that examine both the gaps that separate and the bridges that connect reality and perception. They are, primarily, novels that explore the life of the mind and more specifically of minds—in the case of all three narrators—that have been infected with literature. All three narrators are literature sick. This obsession they share for books allows them to put pressure on the boundaries of reality, to think of it as a representation of a representation of a representation, rather than an essential unmediated experience. The result? A totally absurd, but perhaps also truthful narrative about the infinite potential of human consciousness.

So it would seem that what emerges from, at least, CMZ is an image of literature, not as something redemptive or necessary, but inescapable (for a minority) and essentially tragic. Is it worth it?
I’m not sure I think of literature—or the practice of being a writer—as something curative. I don’t totally buy into the idea that art heals. I think art can have an impact on the social body because it exposes suffering. Language is malleable—and when we understand how to manipulate grammar we can give expression to invisible forms of violence, dismantle exclusionary or centralizing forms of speech, and affirm/acknowledge bodies that are in pain. That means that literature has a transformational power; it has the potential to raise our consciousness, but I don’t think that is the same thing as healing, even if acknowledging previously suppressed pain is one aspect of the healing process. When it comes to tragedy vs. comedy, enlightenment vs. ignorance, life vs. death, well, I stopped thinking about these things as antagonistic blocks a long time ago. I no longer think in terms of duality: good, bad or evil, holy.

Your novel is set between Iran (elusively), the US, and, particularly, Catalonia, in Spain. Catalan culture pervades the volume, from references to food, writers, artists, history, cities, monuments, and, of course, the Catalan language. Did you think of how an American audience would read your book and the kind of reactions you may elicit in a Catalan readership (not to mention readers living between both cultures)?
I’m not sure who should answer this question: Oloomi the writer or the other Oloomi. If I remember correctly, Oloomi the person, who is a simpleton, had many ignoble fears about audience. I feared retaliation due to the political critique of Iran’s long and troubled history. I feared rejection due to its engagement with Catalan literature, language and culture, which is traditionally viewed as a “minority language” in Europe and the rest of the world. Thankfully, the writer is always farther ahead than the person she shares a personality with. After all, Zebra is an exilic personality; she is someone who is lost in the liminal spaces between cultures and languages and who loves all her sides fiercely. All the simpleton had to do was to get out of their way so that Zebra’s light and darkness could shine brightly on the page.

So how do you write for an American audience when constant references to a minority culture are needed?
I just do it. I put the writing first. I work on keeping my need for affirmation secondary to the work. That is part of the rigor of writing honest literature, literature that is both aesthetically and politically rigorous. This is what I write. If someone isn’t interested, there are plenty of other books out there for them to read. But I also know that there are strata of the American audience that are highly diverse and sharp as a whip. And I think of my work as contributing to an ongoing political and aesthetic conversation about the American social body. The reality on the ground in America is far more plural, diverse and complicated than our legal discourse (or even the census) acknowledges. I am speaking to the America on the ground.

One of the Catalan authors that keeps appearing in CMZ is Josep Pla. The Gray Notebook and Life Embitters have both been recently translated into English by Peter Bush, but Pla’s massive oeuvre remains mostly untranslated into the English language. What do you like of his prose? Is there one of his books that you would like to see translated into English?
I share with Josep Pla a manic compulsion to write, so my love affair with his work comes from a sense of collusion. As for the content of his work, I am seduced by Pla’s deceptive simplicity combined with his habit of borrowing from his work in order to create an encyclopedic oeuvre with cross-references, echoes, self-plagiarism and repetitions that operate much like a great Russian nesting doll: each book sits inside another. His 1918-1919 notebook gets recycled and expanded upon in what eventually becomes The Gray Notebook, originally published in 1966. One book of his that I’ve been eager to see in English is currently being translated by the incredible Peter Bush. It’s forthcoming from Archipelago Books, and one story that was already published in the Massachusetts Review 56.1. Aigua De Mar has selections from a very early, out-of-print book of Pla’s, a collection of essays on the Costa Brava. We should keep our eyes peeled for Bush’s translation!

Salvador Dalí is another recurring reference in your novel. Are you more interested in his writings than in his artistic work?
I love his visual work as much as I adore his writing. He is totally unapologetic. He is, I suppose, mad if what we mean by mad is someone who does not care if they are well liked, who does as they please and who lives life as art. I don’t agree with his politics, but the insights he offers through his visionary and uncompromising work sheds light on the dark underside of life, on the subterranean, in ways that speak directly to my own artistic practice.

The experience of exile and its enduring marks is another major theme of your novel. It is one important motor of the narrator’s actions but also appears to be heavy baggage that she needs to haul around. The narrator, however, does not seem to struggle with her living across different cultures. Would that be a trade-off of exile?
In my experience, living between languages and cultures is one of the dark pleasures of exile. Adapting to and embracing a liminal life is a kind of transcendental experience. It has spiritual undertones, but one has to constantly navigate and sit with the pain that comes with being an outsider. Exile is a kind of death. It can be a tremendous material and metaphysical loss that leaves deep scars. Zebra talks a lot about being a phoenix and rising out of the ashes of history, so she is as interested in re-inventing the self—a self she regards as performative and emotionally driven in equal measure—as she is in mourning the past in order to better understand the lessons of history. I—the writer and the simpleton—share with her the belief that exile gives with one hand and takes with the other. What does it give and take? Languages, relationships, smells, foods, textures, homes, mannerisms, our shoes… the list goes on and on.

Another issue your book explores in regard to the experience of exile is the idea of return, a return that, the way Zebra lives it, is not linked to a point of departure, but rather to intermediary places of transit. How do you think of this exilic impulse to return to one’s origin, which is on occasion possible—I am now thinking, for instance, of Catalan authors that went into exile as a result of the Spanish Civil War, such as Mercè Rodoreda or Pere Calders.
The impulse to return is always there for me. I think of returning to Iran daily (impossible) or of walking out of my life and returning to Barcelona (possible). But I’ve already done the former and I ended up returning to America. I had to acknowledge my American-ness and that felt comforting and disturbing at once. There is little I can do to repress the desire to return. What I have control over is whether or not I act that desire out. But the impulse is just a reminder, I think, to salute my ancestors and to keep practicing my writing with rigor. If I don’t listen or give space to those parts of me that yearn for my other homes, then I will have accepted a total, all-encompassing defeat at the hands of empire. I practice remembering, recording, recalling. That recall and translation of self is, for me, an anti-colonial practice.

Azareen Van der Vliet Oloomi is the author of two novels, Fra Keeler (Dorothy, 2012) and Call me Zebra (Houghton Mifflin Harcourt, 2018), which received the 2019 PEN/Faulkner Award, the 2019 John Gardner Fiction Prize, and was long listed for the PEN Open Book Award. Her work has appeared in The Paris Review, GRANTA, BOMB, The Los Angeles Review of Books, Guernica, and Words Without Borders, among other venues. She has lived in Iran, Catalonia, Italy, the United Arab Emirates, and is an Associate Professor in the M.F.A. Program in Creative Writing at the University of Notre Dame. She is currently working on a series of interviews for The Los Angeles Review of Books titled “The Catalan Paradox: writers, translators and publishers on the literature of a stateless language.”