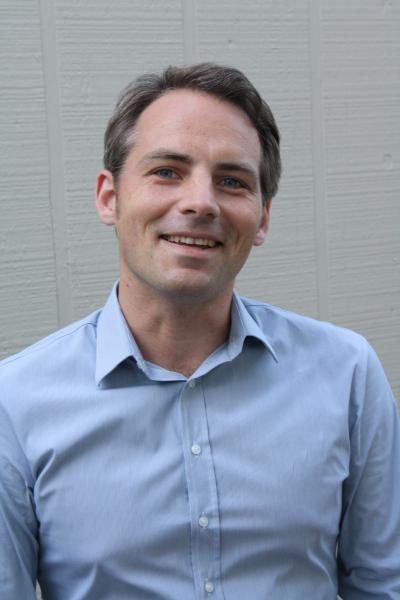 “As I write this, my daughter Moriah is running in a circle behind me. She is five. We are in our basement, which is where I go when I want to be alone and get to work. Moriah is running because she wants our cat to chase her. The cat is not having it. I lost control of my life when Moriah came into it. I lost ready access to what passes for my mind.” – From “Ragnarök,” Summer 2019 (Vol. 60, Issue 2)

Tell us about one of the first pieces you wrote.
One of the first things I wrote was an essay, “Speak, Walking Stick.” In my parents’ house there was an old heirloom walking stick, and I’d never written anything seriously—not with publication in mind. So, I wrote about that thing, and gradually realized I could try to publish it. I’d written literature papers in college and grad school, and had kept a diary for years, but I’d never revised something that wasn’t to be turned in for a grade. The essay was published in The Massachusetts Review­­—huzzah! It was my first acceptance, and the first thing I ever sent out. It was listed as “Notable” in Best American Essays, and for at least a year after that nothing else I wrote got accepted. I didn’t know what I was doing. It took at least six more years for me to learn how to write an essay that satisfies my expectations for it, and to articulate for myself what those expectations are. I didn’t start writing fiction for a while after that.

What writer(s) or works have influenced the way you write now?
I know what writers I want to have influenced me. I can list some: Nicholson Baker, Elaine Dundy, James Baldwin, Eula Biss, William Gass, Richard Rodriguez, Maureen Stanton, Lydia Davis, Shirley Jackson, Ishmael Reed, Jayne Anne Phillips. In no particular order. Lore Segal, too. I don’t think my writing has much in common with most of theirs, though. One summer, when I was younger, I was having a hard time teaching a summer composition class. I wanted to quit everything that had to do with reading and writing, until, at the big library, I found a copy of Wars I Have Seen by Gertrude Stein. It was unlike all other things I’d read to that point, even of hers, and it was exactly what I needed. It fixed me.

What other professions have you worked in?
I was a corporate analyst in Cleveland, and a temp worker there and in Pittsburgh. I was an English professor, tenure-track for a while, but I gave it up as I got very depressed and couldn’t find a source of happiness. There was no time. So now I teach a little, freelance, edit and ghostwrite a lot, and every day when my daughters come home from school I’m there to make them dinner, which they refuse to eat.

What did you want to be when you were young?
I wanted to be a comedian. I never was one.

What inspired you to write this piece?
I wanted to write a short story about someone who won’t shut up about Oingo Boingo. Then I thought I should merge that idea with another idea I had. That still wasn’t enough, so I tried making the story a way to demonstrate the mind-destroyingness of childrearing, and how hard it is to write when you’ve got children in your house. Even when they’re not there, they make it hard. They interrupt anything I try to do, and so I had them interrupt the story midstream, over and over. And I’ve got it pretty damn easy, compared to plenty of other writers who are or were far better at writing than I am and also raised children, sometimes all by themselves. Like Shirley Jackson.

Is there a city or place, real or imagined, that influences your writing?
I should say that it’s Wheeling, West Virginia, where I grew up, and that’s probably the most correct answer. It’s beautiful and unique, but NAFTA was very hard on it, and lots of other things have worked against it. There are people there who are important to me, but like a lot of little towns without a big prison or a big college, it’s a shadow of what it was before I was born. So I’m told, anyway. I live in Kansas City, now, and I’ll likely spend the rest of my time here trying to figure the place out. Everything is new and not new at the same time. There’s a lot of empty space.

Do you have any rituals or traditions that you do in order to write?
Yes, I stuff my face with granola.

Who typically gets the first read of your work?
If anyone does, it’s my partner, Stefanie Wortman, a brilliant, accomplished poet and prose writer in her own right, if you don’t mind my saying so. Mostly, I just send stuff out, though; I don’t like to occupy her precious time with my nonsense.

What are you working on currently?
I’m on an extended break from Yost in Space, so right now I’m writing a different novel, about four young women who drive back and forth across America in a van, stopping every few months to break into a wealthy couple’s house and murder and eat them. It’s called Eat the Rich. It’s supposed to be funny, but I think it’s not. I’m also doing some final edits on my novel Weird Pig, which comes out with SEMO Press in October 2020. I should mention that. I’ve always got a short story or two I’m working on, as well. I’m very scattered. I want to write more essays, but those are the hardest things to write right now.

What are you reading right now?
I recently finished The Street by Ann Petry. I’ve mostly been reading Marxist/leftist stuff, like The Invention of the White Race, Volume I by Theodore W. Allen. I’m on to Portraits by John Berger. I read a lot of children’s books, to children.

Robert Long Foreman is the author of Among Other Things and the novel Weird Pig, which won the Nilsen Prize for a First Novel and will be published in 2020. His work has appeared most recently in Kenyon Review Online, Crazyhorse, Willow Springs, and AGNI. He lives in Kansas City.