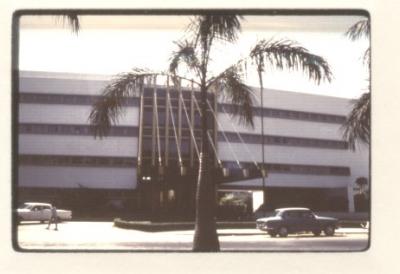 My dad immigrated to the U.S. from Pakistan in 1973, at the age of 17. He’d long dreamed of this country, and as a teenager in Karachi he used to ride the bus to the U.S. Embassy after school and read American books in the library there, everything from John F. Kennedy’s Profiles in Courage to the novels of Horatio Alger, those earnest rags-to-riches stories of young boys rising to middle class fame and fortune. His own life actually turned out not too unlike that of one of Alger’s protagonists: he washed dishes at a restaurant while studying engineering at San Jose State, then worked his way through various jobs and promotions, and eventually achieved a very comfortable middle class life in the San Francisco Bay Area working for a U.S. defense contractor. No wonder he often declared without any irony that America was the greatest country in the world.

Even in the face of Trump, he said that everything would be fine. “This is a country of laws,” he intoned resolutely. When I brought up the travel ban and how some American Muslims were being detained, he insisted that if we had American passports, we would be fine. “This is a country of laws.” He repeated the phrase like a religious invocation. I knew, of course, that he understood the more complex truth, that throughout history laws had not been enough to protect people from the worst atrocities, that Apartheid and Japanese internment and slavery and the Holocaust were all technically legal. But for him, a part of America would always be John F. Kennedy and Horatio Alger, and even Trump couldn’t shake him of that belief.

I didn’t, however, completely share my dad’s faith in our glorious institutions, and so I went to LAX to protest the ban. Despite the circumstances, it was heartening to see so many people gathered there, of all races, young and old, chanting and raising signs in the air and marching in a long, unfurling ribbon under the names of international airlines. When the ban was eventually halted by the courts, I felt despite everything a pride in America, and I thought that maybe my dad was right, that this was indeed a country of laws. But then I read that weeks later American Muslims reentering the country are still being harassed and detained by the CBP and that ICE agents are rounding up undocumented workers and that a new travel ban is in the works at the White House and that an Indian man has been killed in Kansas by someone shouting “get out of my country”, and I feel my earlier conviction slip away.

Still though, I wonder about my dad’s America. I want to see what he saw as his bus bounced down Karachi’s streets and the embassy came into view. Sometimes, I feel like I’m close, even in the age of Trump. In a Groundwork Cafe in Los Angeles on a Sunday mid-morning, I look around me and see people of every type, black, latino, asian, and white, old and young, gay couples and straight couples (and single people), men with long hair and women with short hair, even a homeless man with a plastic bag of his possessions at his feet sipping slowly from a paper cup of coffee. The baristas shout out the names of orders, and it sounds like a roll call at the United Nations. I know of course that Los Angeles isn't the country and that on the opposite coast Trump is still President. But sitting here amidst the organic diversity of this California coffee shop, I feel for a moment as deluded as my dad in the embassy, as enchanted by dreams of this country’s promise, and I want very much to believe that this vision I see before me is America too.

Of course, faith alone won’t preserve all this. As with any institution, doing so requires a struggle—a decision to drive out to an airport, to hold up a sign, to join a chanting crowd as so many others have done before us. Only then does the vision become real.

Aatif Rashid is a writer living in Los Angeles