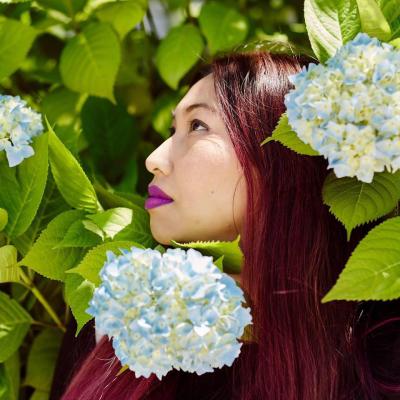 My
vagina
wants
to
knife
fight
you.
—from “To the Gentleman Who Catcalls Me Without Fail Every Morning on My Way to Work”, Winter 2018 (Vol. 59, Issue 4)

Tell us about one of the first pieces you wrote.
The Babysitter’s Club fanfiction. Well, they were sort of fanfiction. Being the only daughter of former refugees from Laos, I had to imagine exotic American customs like sleepovers, talking on the phone with your friends, and dating in your preteens. Those things were just not. . . typical. I wrote a handful of chapters: I went on field trips, screwed up my first babysitting job, had my first kiss, and helped Claudia cope with her strict Asian parents. Then it got boring. When I revisited the writing as an adult, I realized that I hadn’t even centered myself in my own made up stories. I promised myself I wouldn’t do that again. So, that’s why everything I write is about. . . me. Me. Me. Me!

What other professions have you worked in?
I have been seen making a living as a playwright, performance artist, teaching artist, and development consultant. I’m probably better known for my critically-acclaimed and award-winning play, Kung Fu Zombies vs Cannibals (Theater Mu, 2013) but these past few months, I’m getting signal boosted as a children’s book author. My first book, When Everything Was Everything is a re-imagined girlhood navigating Saint Paul, Minnesota. I’m currently in education and teach an introductory course in the Asian American Studies department at the University of Minnesota.

What did you want to be when you were young?
Rich and powerful.

What inspired you to write this piece?
Asshole men. I believe in vigilante justice because I grew up watching the Death Wish (starring Charles Bronson) series. Also: #fuckpatriarchy, #metoo, #timesup, #notallmen, and #girlpower.

Is there a city or place, real or imagined, that influences your writing?
Always of Laos. I am part of the Motherland Orphans. We are children who were born within an awkward width of space: between what our parents called home and lands that will never feel like ours. We have no memories of Laos. Of this place that we grew up learning to call “home.” We are connected to it because of stories.

Do you have any rituals or traditions that you do in order to write?
I binge martial arts movies. I prepare a thermos of coffee and plate of crudite for snacking. I like to write in dimly lit rooms because #mood. And I nap often.

If you could work in another art form what would it be?
Food. I'd pursue that pastry chef life. I don't have a sweet tooth so I'd never have to worry about dipping into my own supply.

What are you working on currently?
I'm developing a musical, In the Camps: A Refugee Musical. I was awarded $30,000 from the John S to kick it off in 2020, to mark the 45th anniversary of Lao in Minnesota. Imagine Lin Manuel-Miranda's In the Heights but with refugees. . . in the camps. It's a comedy.

I recently received a fellowship from the Loft Literary Center for children's/young adult literature and so I'll be learning about that world and writing my second picture book called Good Morning Soun is about a young Laotian girl who was born in a refugee camp. Her family is waiting for resettlement approvals to come to Minnesota. Between going to a makeshift school to learn English and waiting in line for the day’s ration, she imagines the only home she knows as a fantastical realm where her favorite folktale characters come to life. Her imaginary friends take her on adventures: she discovers secret rooms filled with forbidden sweets, manifests her hidden superpowers, and battles tyrannical hope-eating monsters.

SAYMOUKDA DUANGPHOUXAY VONGSAY is a Lao American poet and playwright. She was born in a refugee camp in Nongkhai, Thailand, and immigrated to Minnesota in 1984. Her plays have been presented by the Smithsonian Asian Pacific American Center, Theater Mu, Consortium of Asian American Theater Artists, and Theater Unbound. She's an Aspen Ideas Bush Foundation scholar, a Playwrights Center Many Voices fellow in playwriting, a Loft Literary Center Spoken Word Immersion fellow, among others. Her picture book, When Everything is Everything, is a love note to the Lao diaspora.