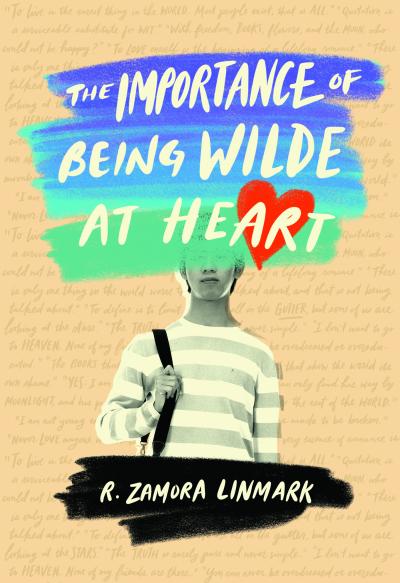 They fly me in a helicopter
inside a bronze casket that sells
at bestpricedcaskets.com
for twelve grand. . . .
—from "The Dictator En Route to His Burial at the National Heroes’ Cemetery," Volume 59, Issue 4 (Winter 2018)

Tell us about one of the first pieces you wrote.
One of the first pieces I wrote was a poem called “Portrait of the Artist, Smallkid-Time”, a narrative poem about a poetry contest told from the voice of a Filipino fifth-grader and an immigrant in Hawaii. I wrote it during my first year as a graduate student in University of Hawaii at Manoa. Without my knowledge, my then-mentor, Faye Kicknosway, entered it at the annual AWP Intro-Project Award and was selected by Willow Springs. The poem would then go on to become part of my first novel Rolling the R’s, about a diasporic Filipino community in Honolulu, in a working class section called Kalihi.

What other professions have you worked in?
When I was in college, I worked in a hospital as a clerk for various wards (ICU, ortho, cardiac, et cetera), which only magnified my hypochondria. On the up side, it paid more than when I was working in a theater as an usher (though I loved the perks—free movies and major discount at the snack bar). The hospital job fit perfectly into my college and writing schedule. I kept it even after the publication of my first novel. After I got my Master’s in Literature, I started to take on teaching gigs as visiting professor in Creative Writing and Literature.

What did you want to be when you were young?
Definitely not to grow up as a writer. I wanted to make movies, be in them, or direct them. Movies played an instrumental role in my youth. It was the best place to escape to from the humdrum of the province I spent my first seven years. There, in the open theater, under the stars, my imagination and fantasies were unleashed.

What inspired you to write this piece?
This poem is based on the controversy over the burial of ex-Philippine President Ferdinand Marcos at the National Heroes Cemetery in Manila. I was in Manila at the time, where I am now based, when the news erupted that then newly-elected President Rodrigo Duterte was finally granting the former dictator a hero’s burial at the cemetery in Taguig, Metro Manila. This meant transporting his body stealthily from his hometown in Batac, Ilocos Norte, where he’d been interred since 1990; prior to this, he was exiled in Hawaii from ’86 to his death in ’89.  But the public found out (thanks to Marcos’s daughter posting pics via Instagram) and rushed to the cemetery to protest.

Is there a city or place, real or imagined, that influences your writing?
Depends on the work. For my second novel, set in Manila, it was important that I know the city inside and out. The same rule applies to all the places I write about—I can’t invent a place if the place already has a mark on the map. What happens to me in a city can inspire and influence the writing. The challenge is how to portray the place, to work it into the writing, so it doesn’t just end up as a prop—soulless, a caricature.

Is there any specific music that aids you through the writing or editing process?
Listening to music while writing can be iffy. It can either work for, or against, me. I listen to music to challenge my concentration. When I’m editing, music is not a threat (b/c the rhythm of the language is already there). But when I’m working on a first or second draft—and particularly, when it’s a poem—then I steer clear away from music (b/c it can influence the rhythm and tone of the piece).

Do you have any rituals or traditions that you do in order to write?
Does avoiding people count as a ritual or tradition? I try not to open my emails in the morning, which is when I do most of my writing (b/c the mind is clear, unless I had a nightmare the night before (and even that can feed the writing). If the writing isn’t happening, I go out for a walk (but, again, away from people). If I’m in the city, I go to the gym, put on my headphones, and run as fast as I can (away from the imaginary crowd). I think it’s also part of turning fifty.

Who typically gets the first read of your work?
It depends. For poetry, I send my first drafts to my former professor, Faye Kicknosway. When I’m working on a novel, I usually have two or three readers—close friends (none of them writers—a golden rule). Right now, I’m working a novel that may or may not be tailored for young adult readers. But just in case it is, I’m having my 17 year old niece as one of my readers. The other two are my friends Shel and Shawn. They’re perfect readers because they all love to read, are astute readers, actually, and are from the place and time that I’m writing about.

If you could work in another art form what would it be?
I always wanted to be a painter but I can’t draw to save Goya’s dog drowning in a quicksand. I wished that, when the words are not coming out, I could just replace it with a drawing, kind of like a rebus. But that would be taking the easy way out.

What are you working on currently?
I am currently working on several projects. One is the sequel to my first novel, Rolling The R’s, about Hawaii in the 80s. Another is a poetry collection, about dictators in Philippines and the United States, my two messed up homes. The poem that’s included in this issue of MR, about Marcos’s controversial burial in National Heroes Cemetery, is part of the manuscript. I’m also working on a stage adaptation of Lois Ann Yamanaka’s novel Blu’s Hanging.

R. ZAMORA LINMARK is the author of Pop Vérité and three other poetry collections, all from Hanging Loose Press. He's also written two novels, Leche and Rolling the R's, which he'd adapted for the stage. Forthcoming is his first novel for young adults, The Importance of Being Wilde at Heart, from Delacorte Press/Random House. He currently lives in Honolulu and Manila.