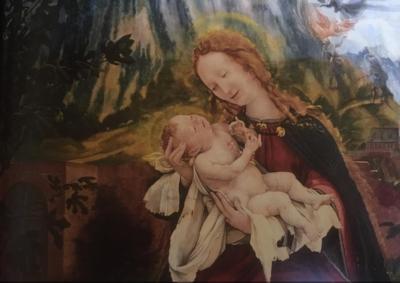 During my days at sea with Médicins Sans Frontières, I brought the Aeneid with me to read. As is true of the Odyssey, I was more taken by the maritime crossings than the episodes on land. It’s the unfavorable, not the fair, winds that determine their voyages.

A tempest lands Aeneas on the Libyan coast, where he is welcomed as a hero by Dido, Queen of Carthage.

At her request, Aeneas tells the story of the fall of Troy, of its last valiant resistance, of his own salvation, the voyage at sea and losing their way.

One of the lines Virgil has Aeneas speak is so extreme it seems paradoxical: Una salus victis, nullam sperare salutem. For the vanquished, the only hope is not to hope for salvation.

How can the loss of all hope be the only salvation?

I think of the 1943 uprising in the Warsaw ghetto. That poorly armed resistance was beaten before it began, but it didn’t give up the fight. When there’s no hope at all, forces and instincts emerge that attempt the impossible. Such was the explanation I came up with for that line from Virgil. Even at first reading those words must have struck a chord, since this is the only verse of the poem I still remember.

Today, for anyone on dry land, it is impossible to understand that shipwrecks in calm seas are taking place in the Mediterranean. The very sea itself must be bewildered by this most brutal level of drownings in its entire history.

On that ship that picked the pocket of death, giving life to the condemned, I saw mothers climb aboard with babies in the arms. How could you, unnatural mother, expose your own newborn to this almost certain death? What could have greater force than maternal instinct, pushing a mother to risk everything?

Desperation. A poet learned this truth and had one of his characters say it. Hopes and dreams are of no use to anyone who has survived a Libyan prison. Desperation is the only driver to take coldly on any possible means of escape. Desperation can make someone jump from the tenth floor of a burning building.

Aboard a rescue boat I learned the meaning of a verse I knew by heart.

When mothers with children in their arms head blindly out to sea, nothing in this world will stop them, or turn them away. The closed borders of some minor politician are pathetically impotent in measuring up to desperation.

My wish for the new year is a bit of the superhuman courage shown by those mothers, the drowned and the saved.

Erri De Luca is a novelist, essayist, translator, poet, and one of Europe's best-known writers. His most recent novel is Il Giro dell'oca (Feltrinelli, 2018).